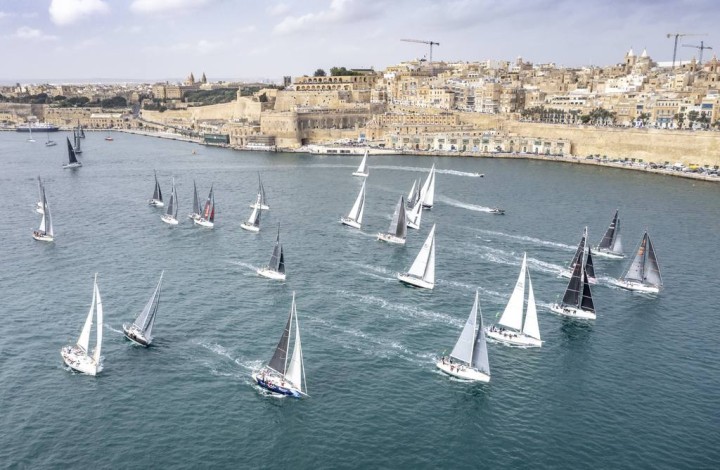 With two months to go to the start of the 43rd Rolex Middle Sea Race, entries continue to build, with 88 yachts representing 24 nations currently registered.

The change is an uptick of 28 yachts since the last report in July and bodes well for the race with four weeks until entries close. Italy has by the far the biggest participation to date, with 18 boats, followed by France with a potent-looking 13 and then Malta with eight – and the possibility of more to come. Featuring Maxi Multihulls, Maxi Monohulls, fully crewed and double handers, the fleet is a true cross-section of offshore racing prowess gathering from many parts of the world.

The cut-off date for entry is officially Friday, 23 September 2022, but the Royal Malta Yacht Club (RMYC), has retained the discretion to accept late entries up to Friday, 30 September. The race itself starts from Grand Harbour, Valletta, on Saturday, 22 October. 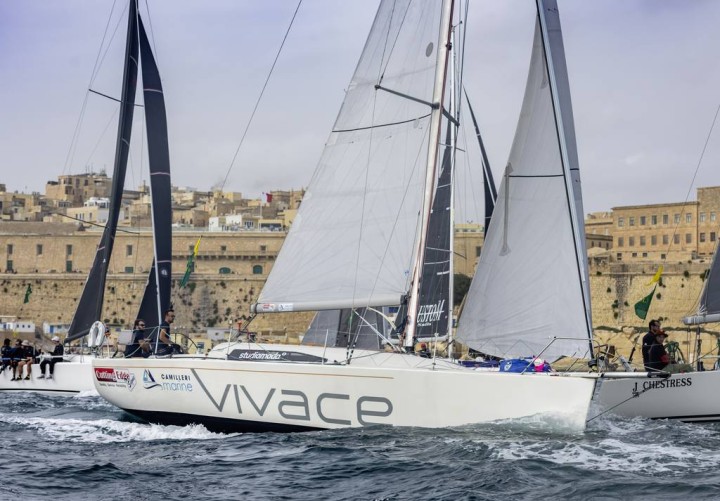 Among the recent crop, notable entries include Riccardo Pavoncelli’s returning MOD 70 Mana, skippered by Paul Larsen, in the multihull fleet and Andrea Recordati’s 28.3 metre Bullitt, in the monohulls, making a race debut for the boat and apparently the first ever Wally Yacht to participate. In the scrap for overall honours under IRC, more big guns have been handing in their paperwork, including: two-time winner Elusive II from Malta, Dominique Tian’s Ker 46 Tonnerre de Glen from France, previously a class winner at both the Rolex Middle Sea and Rolex Fastnet Races; Giovanni di Vincenzo’s Lisa R, from Italy, another Ker 46 and overall winner at the Rolex Giraglia in June; Frenchman Erik de Turckheim’s ever threatening Teasing Machine; the British trio of James Neville’s Ino XXX, Ed Bell’s JPK 1180 Dawn Treader and, Mark Emerson’s British entry Phosphorous II, provider of this viral video clip.

Since the first race in 1968, Maltese yachts have won on nine occasions, most recently in 2020 and 2021, when the Podesta siblings secured back-to-back wins with Elusive II. This year’s clutch of local boats looks as strong as ever.

The Podesta participation in the Rolex Middle Sea Race was already legendary, with the late Arthur Podesta competing in 35 races and passing on his enthusiasm to his children, who have now all completed over 20 races themselves. This year’s preparation will be as comprehensive as ever, but set against a challenging domestic situation, as Maya Podesta explains: “This year has not been straight-forward. Christoph, my brother, became father to a baby boy, Jamie, in March, and I gave birth to Amy in July. So, while the boat has been maintained at race winning potential, our focus has been distracted!”. Fortunately, the core crew onboard has not changed greatly since 2016, and although there are two newcomers this year the Podestas have proven their ability to successfully integrate fresh faces. “One crew member who will not be on the boat this year,” laughs Podesta, “is Amy! She will be five months old and will be at home with my mum and the rest of the family, and will have to wait until she is 16 before she can take part.” 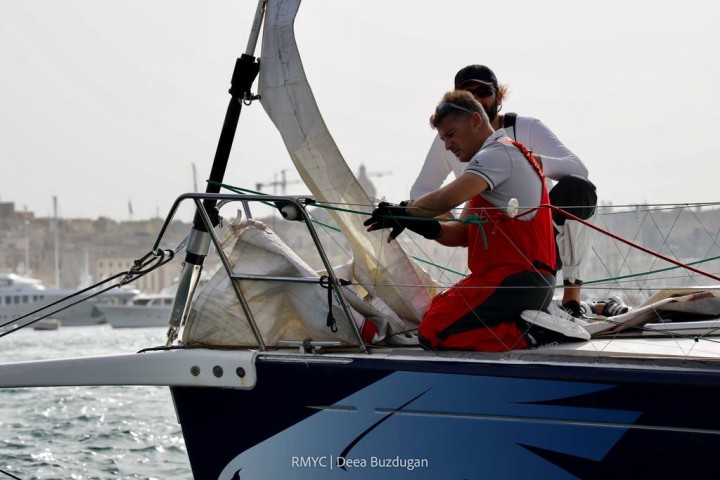 Lee Satariano is another race winning Maltese skipper, with wins in 2011 and 2014 on his previous Artie, a J/122. Last year, in company with his co-skipper Christian Ripard, Satariano was second in IRC 3. “This will be my 15th Rolex Middle Sea Race and the crew is largely the same as last year with a couple of changes,” he explains. “Every year I really look forward to the build-up and the preparation of the boat. Getting the crew together and putting in some training sessions is always part of the excitement. Hopefully, we will get similar conditions to last year...fast and wet!”

Chocolate reaching past Artie III in 2021

Now on his 16th race, Jonathan Gambin is back again with Ton Ton Laferla and a crew comprising staff from his business, friends and family. Gambin’s best result to date was third overall in 2020, and his enthusiasm never seems to waver: “I really enjoy the fact that that the race is different every time. I am always hoping for lighter winds because it suits the performance of my boat and the crew. Mainly, though, I just look forward to it because it's the first ‘holiday’ for me after a summer of hard work!” 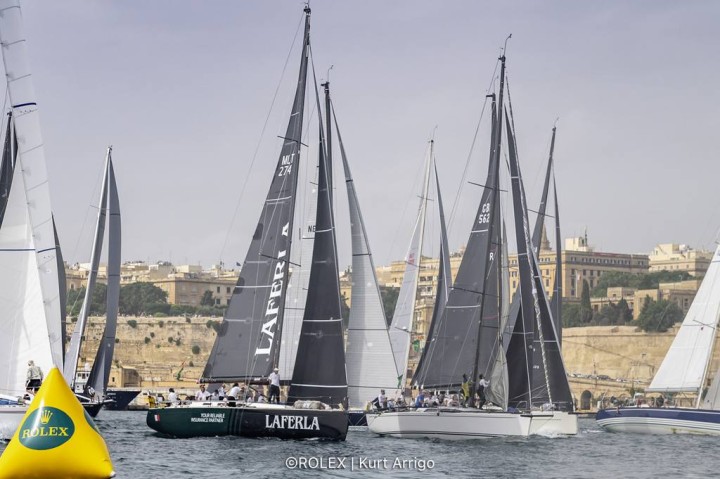 Maltese Falcon II has a long association with the race and is currently in the ownership of Jonathan Camilleri Bowman. “I have participated five times in total in the Rolex Middle Sea Race and the last four times with Maltese Falcon II,” advises Bowman. “Currently the crew consists of two females and eight males. The first few years definitely proved to be a learning experience in getting the right balance of skill, attitude, mental readiness and physical capability within the crew. It is a tough race, at a tricky time of the year for the weather. We are always striving to improve, but I’m very happy with the current group.” Bowman is another who loves the preparation period, the training, the activity around the Royal Malta Yacht Club and the overall adrenalin rush of getting to the start line. “I must admit there are times during the race when I question why I decided to take part again,” he smiles, “especially when the wind and waves are up. However, once you overcome a difficult phase, then you just end up yearning for more and always look forward to finishing the race and getting ready for the next one!” 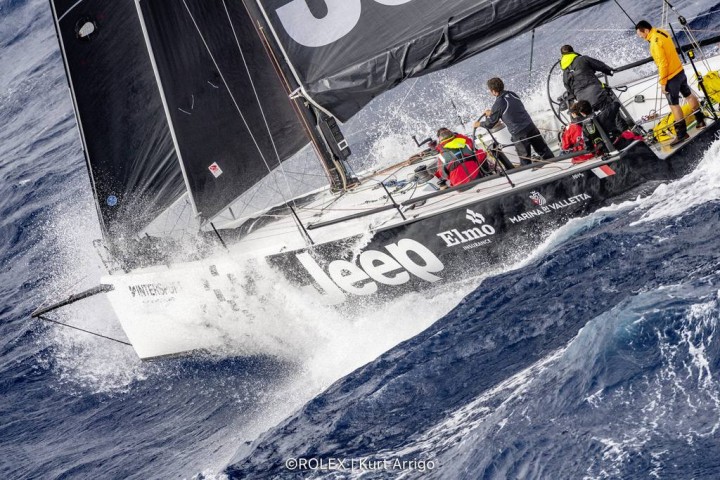 2022 will be the first year that Vivace will compete fully crewed under the co-ownership of Andrew Agius Delicata and Matthew Gabriele, with the previous two participations being double handed. “In total, I have competed in eight Rolex Middle Sea Races with the first at the age of 15,” advises Agius Delicata. “Four have been fully crewed and four double handed. The race that gives me the most satisfaction is last year’s, when Matthew and I came third in the double handed class and beat a lot of fully crewed boats in our handicap classes. Plus, it was with our very own boat.”

The Otra Vez team, with owner Aaron Gatt Floridia, has posted some solid results in the past, but has struggled to find its form with its latest boat an ICE 52. “I've taken part in six Rolex Middle Sea Races and our best results to date were a third overall in 2011 and a first in Class in 2013 with the J/122,” advises Floridia. “The worst is that we did not finish the last two editions due to equipment failure with the ICE 52.” 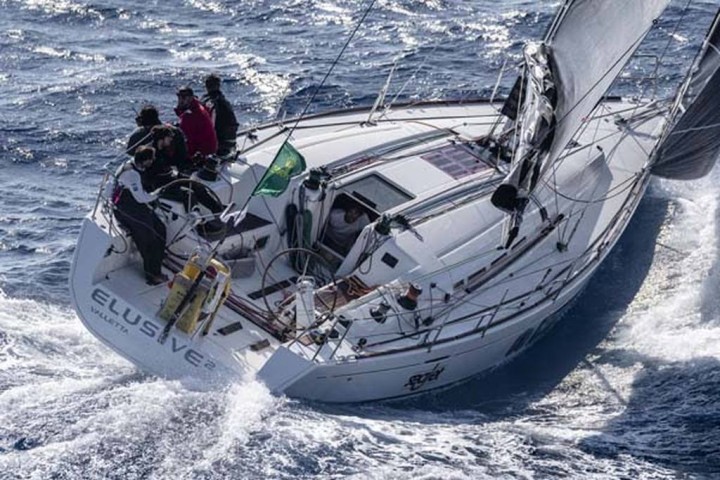 The crew on Otra Vez is a mix of friends who have been with Floridia for many years, and some new additions including some young Danish sailors who raced at the Rolex Giraglia 2022 and the 151 Miglia. It is a very good mix of experience and youth according to Floridia, who is another committed fan of the course: “It's an exciting race. Full on and the corners make the racing very unpredictable. There are always a lot of very well sailed boats taking part, so you really have to be on top of your game to do well.”

Other Maltese entries to look out for: the J/99 Calypso skippered by Sebastian Ripard and Mario Debono’s Sun Odyssey 45 Janissah. 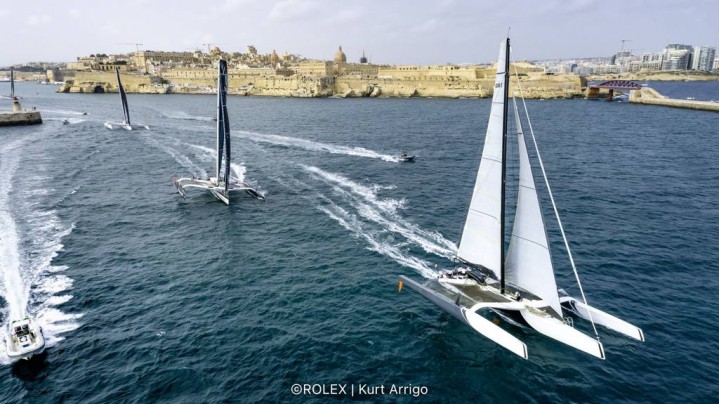 Behind the scenes, the Royal Malta Yacht Club has continued the process of strengthening its Race Team. Earlier this year, June, another 25-year-plus veteran of international race management and race scoring joined the team, taking on the role of Principal Race Officer. Stefan Kunstmann’s experience crosses virtually all disciplines of sailing. Of most significance has been his involvement with the RORC Race Team since 2008, which has led to working on in 15 – 20 offshore races a season. Kunstmann, from Germany, is a respected International Race Officer, whose career highlights include being PRO for sports and keelboats at Kieler Woche, PRO for the Bermuda/Hamburg leg of the NRV Atlantic Anniversary Regatta and ongoing consultancy for the Newport Bermuda Race. Stefan is well versed in the Offshore Special Regulations, particularly through his contributions to the development of the proposed Appendices WP (Racing round Waypoints) and TS (Traffic Separation Schemes). “I have been fortunate to be the RORC representative at the Rolex Middle Sea Race on two occasions,” said Kunstmann, “And I am really looking forward to supporting the Royal Malta Yacht Club Race Team with the 43rd edition of this spectacular race.” 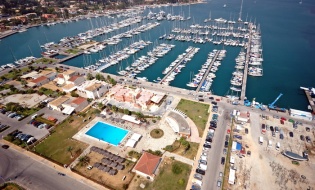 On the 8th of June, the International Regatta Brindisi-Corfu raises sails. Yachts participating in the...