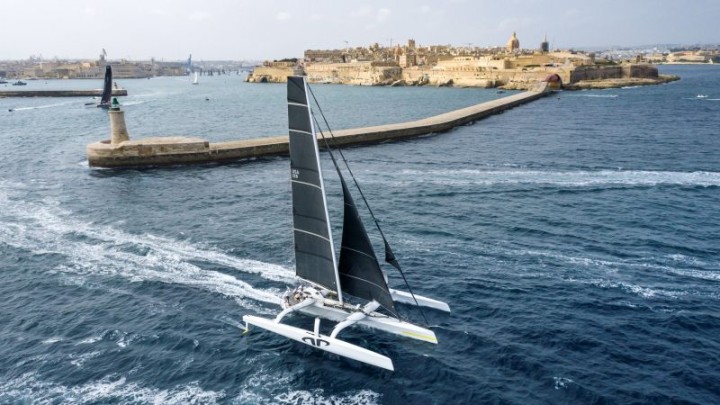 The classic 600 mile offshore race with certainly the most exotic course - the Rolex Middle Sea Race will this Saturday launch the latest edition of the International Maxi Association’s Mediterranean Maxi Offshore Challenge (MMOC).

Running into 2023 the MMOC comprises seven events culminating in next August’s Palermo-Montecarlo. Its silver perpetual trophy is awarded to the winner at the IMA annual dinner at the Maxi Yacht Rolex Cup in Porto Cervo every September.

Organised by the Royal Malta Yacht Club in collaboration with the Royal Ocean Racing Club, the Rolex Middle Sea Race is dramatic in almost every way. The start takes place off the Maltese capital Valletta within Grand Harbour, famous for its towering ancient ramparts and multitude of centuries-old forts. Its anti-clockwise lap of Sicily passes two active volcanos, Etna and Stromboli, the latter of which erupted violently last weekend. The course heads south to the island of Pantelleria, 40 miles off the coast of Tunisia and on to Lampedusa, from where the boats return to the Maltese finish line.

Maxi participation in the race has been strong since the first race, in 1968, was won by Dutch plywood pioneer Kees Bruynzeel’s 74ft ketch Stormvogel. This year, of a provisional 124 starters from 24 nations, 19 are maxis and five more are MOD70 trimarans. 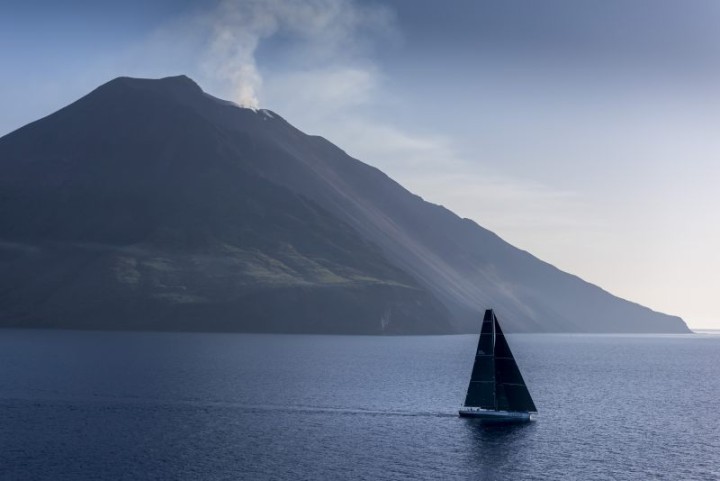 One of the strongest competitors in recent years has been George David's Rambler 88, winner of line honours five consecutive times from 2015-2019. Photo: ROLEX / Kurt Arrigo.

Winner of the IMA’s MMOC for 2021-22 was Frenchman Jean-Pierre Barjon and his Botin Partners 65 Spirit of Lorina. He returns with a bigger program this season that starts with the Rolex Middle Sea Race. Remarkably this is Barjon’s first time competing here. “It has been a long ambition. We tried to come here four years ago, so we are very happy to make it this year. It will be an interesting discovery for me, because our longest race so far has been Rolex Giraglia. Everyone says that the course is very beautiful and it has a very good reputation. The first time is always best!”

Favourite for monohull line honours this year is the Farr 100 Leopard 3, which claimed this prize in 2009. For her Dutch owner it too will be his first time. “I can only compare it with the Caribbean 600, which was great fun. What we enjoyed most is being with a group of people and you go through all the nature, the storms, etc - it is a big adventure.”

However Leopard 3 has competed here many times with her original owner Mike Slade and Chris Sherlock, her long term skipper: “At the moment it looks relatively light, but one thing is sure about this race: it won’t be what it says it’s going to be today! I think it will still be a 2.5-3 day race for the maxis. In five knots of wind we can do 9.5-10 knots of boat speed. 12 hours of that and you can rack up 100 miles.

“For line honours it will be between us and Bullitt,” continues Sherlock. “We rate higher than them, but in the light air they are quick. But we don’t need much to keep going - we have a lot of area up high and hopefully that will pay off for us.”

Italian Andrea Recordati has a highly talented all-star crew on Bullitt. This Wally 93, originally launched as Nahita, was fourth home on the water in this year’s Rolex Giraglia. Nipping at her heels will be the VO70s I Love Poland, winner of the IMA’s 2022 Caribbean Maxi Challenge, and the Dutch owned HYPR and the VO65 Sailing Poland.

Fighting for overall line honours will be the strongest line-up of the MOD70s assembled since they raced as a one design class a decade ago: Five of these semi-foiling trimarans will be on the start line. Most familiar with the course is Giovanni Soldini’s Maserati, a former line honours winner and race record holder. Riccardo Pavoncelli’s Mana was a close third behind Maserati last year. The three others have all changed hands this year – Eric Defert’s Axciss was originally Race For Water; French GC32 skipper Erik Maris has Zoulou, which raced here before as Powerplay; while Snowflake was formerly Karl Kwok’s Beau Geste – this will be the first race on her for new owner Frank Slootman, having graduating up from his Transpac-winning Pac 52. 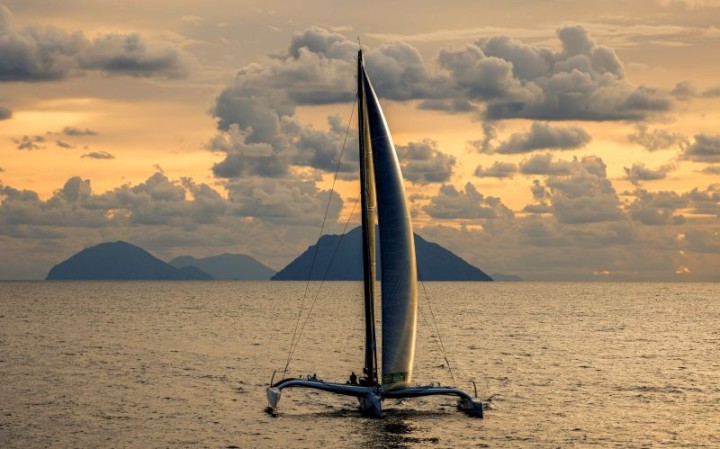 Leading the high performance 60 footers will be Márton Józsa and his DSS canting keel Reichel/Pugh 60 Wild Joe. This will be the team’s 11th Rolex Middle Sea Race.

“It is a beautiful race and a beautiful course, with always very challenging weather conditions,” says Józsa. “It is different every time with different weather systems in different parts of the race. The geography is interesting. We love this place because they are very warm friendly people. With Wild Joe, this is our most important race.” 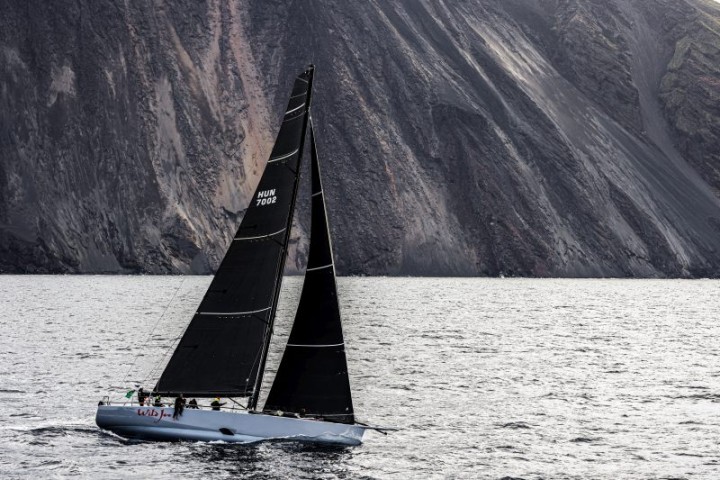 Following these will be Jean Philippe Blanpain’s Vismara-Mills 62 Leaps and Bounds 2, Jean-Pierre Dreau’s Mylius 60 Lady First 3 and Hagar V, the Scuderia 65 of Gregor Stimpfl. This trio have all travelled extensively this season with Lady First 3 having crossed the Atlantic to compete in the RORC Caribbean 600. Hagar V and Leaps and Bounds 2 finished first and third respectively under IRC in July’s Aegean 600.

Also to watch out for are the much-campaigned Swan 82 Kallima, entered by Robi Stäube, while two brand new cruiser-race maxis will be on the start line on Saturday in Luca Guida, a Vismara 77 campaigned by Jean-Michel Caye and Ekita, which is a newly launched Maxi Dolphin 62 entered by Bruno Marin.

Bringing up the rear will be the historically significant Swan 65 King’s Legend, which finished second to Flyer in the second Whitbread Round the World Race in 1977-78. 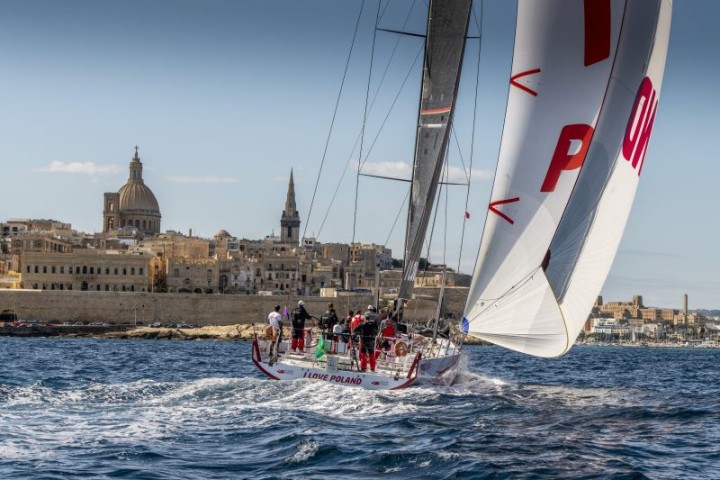 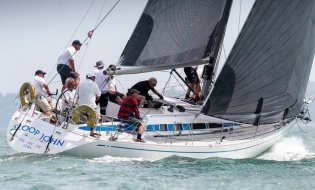 The Swan fleet kicked off its time at the Isle of Wight with another great...