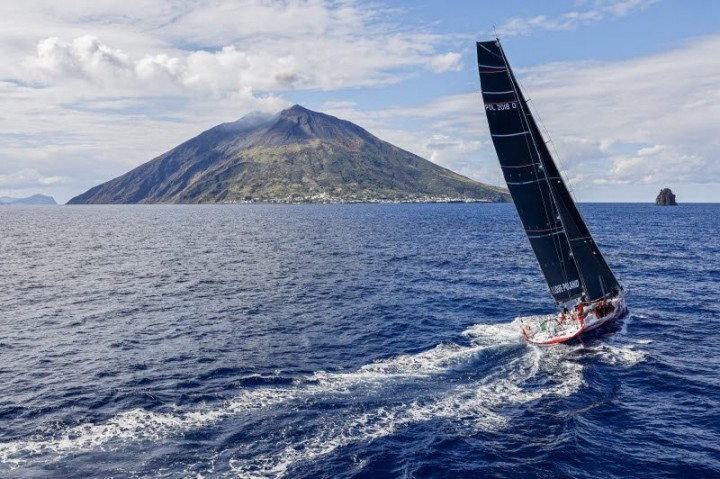 The Rolex Middle Sea Race always demands the highest standards in sailors of all generations, both professional and Corinthian. This year, the 41st edition, demonstrated profoundly the human endeavour required to succeed.

Great resilience was shown by all involved. Supported by Rolex since 2002, the organizers, the Royal Malta Yacht Club, worked tirelessly to ensure a safe competition in the context of a global pandemic. The participants exhibited dedication and passion just to make the start line and, then, on the water provided thrilling competition which ended with last year’s overall race winner claiming a monumental back-to-back success.

For understandable reasons, the number of entrants for the 2020 Rolex Middle Sea Race fell short of the record-breaking entries of recent editions. The 50 entrants from 14 countries, diligently and rigorously prepared for the 606-nautical mile race, and illustrated admirably the values which have underpinned Rolex’s six decade long involvement with yachting through their display of fine seamanship in completing the complex challenge set by the course and prevailing weather. 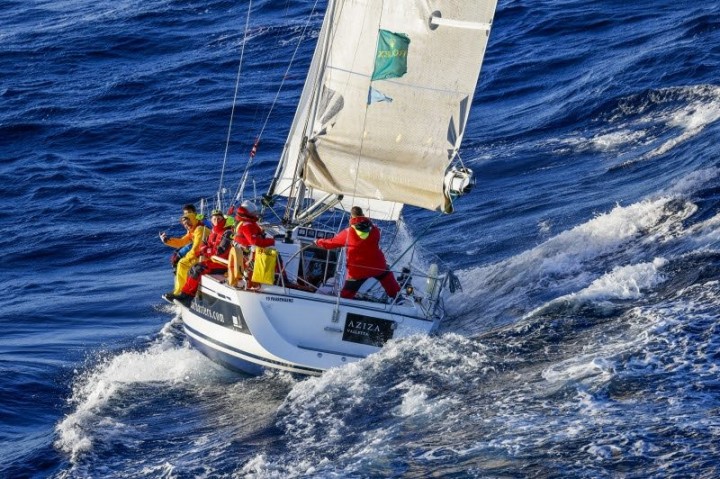 Overall victory: A rare repeat
Winning a 600 mile offshore race once is a massive achievement. So many pieces need to fall into place for it to happen. Returning to conquer the same summit a second time is often even harder. After years of persistence and continual improvement, the crew of Maltese yacht Elusive 2 were emotional winners of last year’s race. Siblings Maya, Aaron and Christoph Podesta had been inspired to take up sailing through the enthusiasm and encouragement of their late father Arthur, a 35-time Rolex Middle Sea Race competitor.

This year’s race posed renewed challenges. Preparation required the same methodical manner of previous years, but in complex circumstances. On the water, the conditions presented a contrasting examination to those of 12 months earlier. “This race is about physical endurance and mental toughness,” explained Aaron Podesta. “Last year was a mixture of the two. This year the light weather conditions made it mentally challenging at every corner of the race.” Harnessing their expert knowledge of the racecourse and vast experience sailing together, the team kept moving in the face of a frustrating breeze that never really settled into a pattern. The reward for their unwavering commitment was to set a corrected time for the race which their rivals could not beat. Back to back success is a rare feat in yacht racing of this kind. It has not been achieved at the Rolex Sydney Hobart Yacht Race since 1965 and at the Rolex Fastnet Race only once since 1957. At the Rolex Middle Sea Race, the last crew to achieve this was Nello Mazzaferro’s Nita IV from Italy in 1980. 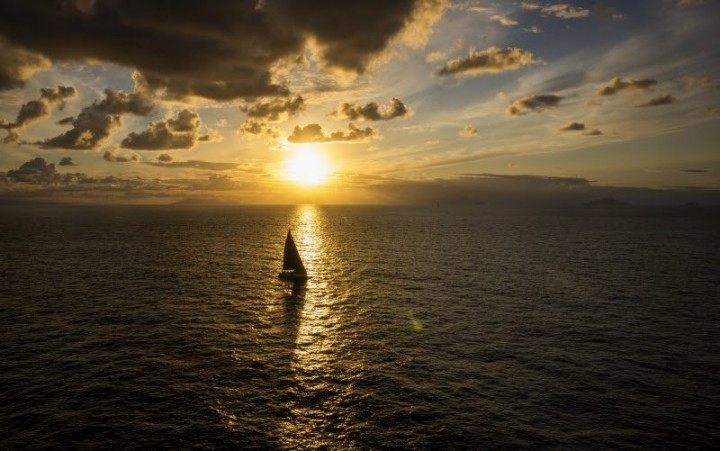 For Maya Podesta, having been inspired by her father, she hopes the crew’s success will motivate future generations: “We hope it gives people a boost. In Malta we have the perfect weather conditions for sailing and potential to do so much more. We hope more younger people are enticed to take up a wonderful sport.” The Podestas will not rest on their laurels. Next year, the crew has Nita IV’s record of three successive race victories in their sights.

Line honours: Close finishes
During the past five editions of the Rolex Middle Sea Race, the crew of American Maxi Rambler had dominated monohull line honours in a relentless pursuit of the race record it set in 2007. This year’s race had no clear favourite, no obvious reference point for the frontrunners. With a few miles of the race remaining, victory remained in the balance. Two yachts had broken clear and, fascinatingly, both were from Poland and of similar size and design. I Love Poland, skippered by Grzegorz Baranowski, led for much of the race but on the entry to the South Comino Channel, at the north western end of Malta, her rival E1 edged ahead. Showing confidence in their abilities and not losing faith in the dying embers of a gruelling race, the crew dug in and summoned the spirit to overhaul their determined opponent to claim line honours by a mere three minutes. 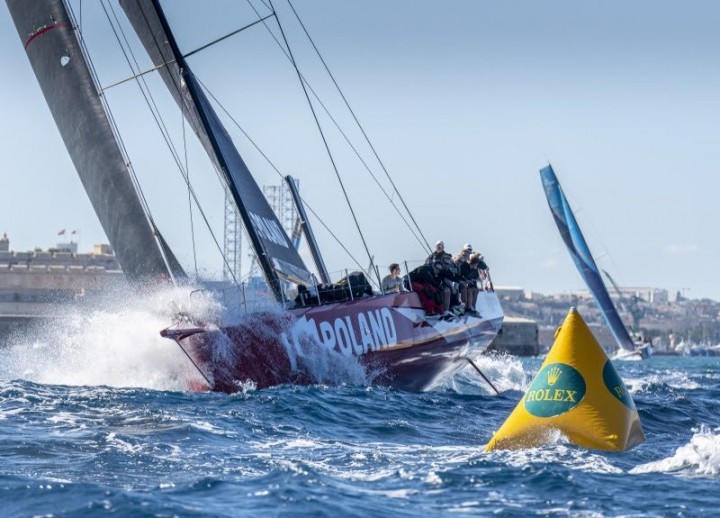 “We are very happy. It was a combination of perfect crew work, perfect navigation and a bit of luck,” explained a delighted Baranowski. Like Elusive 2, I Love Poland has inspiring youth at its core. “Our boat is a special government programme for young sailors to learn offshore sailing,” continued Baranowski. “For them this has been a perfect experience. They now know you have to fight to the end. They will remember this forever.” Nearly 48 hours outside the race record, I Love Poland’s elapsed time of three days, 23 hours, 58 minutes and five seconds, demonstrates how this year’s race was a real test of patience. She becomes the first Polish yacht to claim line honours at a major 600-nm race and achieved this with the closest margin of victory in Rolex Middle Sea Race history.

The memorable monohull line honours contest followed the dramatic spectacle for the multihull title. Two Italian yachts – Maserati Multi70 and Mana – effectively match raced around Sicily before the former established an advantage at Lampedusa, which was held until the finish. Maserati Multi70’s margin of victory was 15 minutes.

The impact of the 2020 Rolex Middle Sea Race appears significant. From the conviction of the organizers to the commitment of the participants, the desire to uphold the tradition of this international sporting event will stand it in good stead for the future. The strength of purpose exhibited will undoubtedly inspire younger sailors to follow in the wake of their heroes and to continue the legacy. 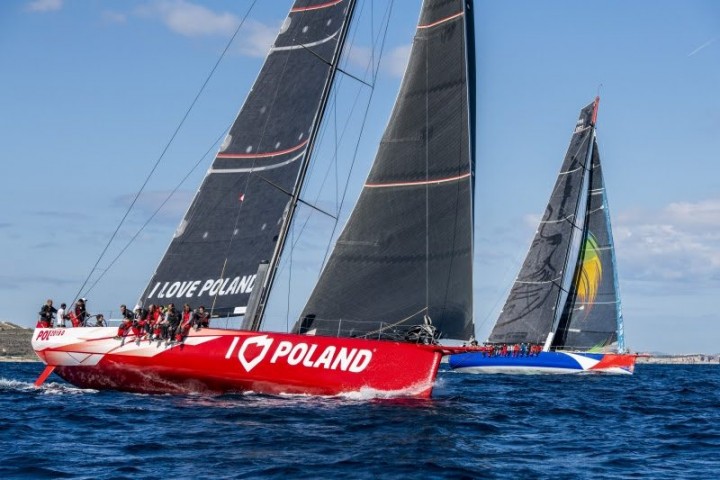 A NATURAL AND SUPPORTIVE PARTNER
Rolex has always associated with activities driven by passion, excellence, precision and team spirit. The Swiss watchmaker naturally gravitated towards the elite world of yachting six decades ago and the brand’s enduring partnership now encompasses the most prestigious clubs, races and regattas, as well as towering figures in the sport, including ground-breaking round-the-world yachtsman Sir Francis Chichester and the most successful Olympic sailor of all time, Sir Ben Ainslie. Today, Rolex is Title Sponsor of 15 major international events – from leading offshore races such as the annual Rolex Sydney Hobart Yacht Race and the biennial Rolex Fastnet Race, to grand prix competition at the Rolex TP52 World Championship and spectacular gatherings at the Maxi Yacht Rolex Cup and the Rolex Swan Cup. It also supports the exciting SailGP global championship in which national teams race identical supercharged F50 catamarans on some of the world’s most famous harbours. Rolex’s partnerships with the Cruising Yacht Club of Australia, Royal Ocean Racing Club, Yacht Club Costa Smeralda, Royal Malta Yacht Club, New York Yacht Club and Royal Yacht Squadron, among others, are the foundation of its enduring relationship with this dynamic sport.

ABOUT ROLEX
Rolex, a Swiss watch manufacture headquartered in Geneva, is recognized the world over for its expertise and the quality of its products. Its Oyster Perpetual and Cellini watches, all certified as Superlative Chronometers for their precision, performance and reliability, are symbols of excellence, elegance and prestige. The word “Perpetual” is inscribed on every Rolex Oyster. But more than just a word on a dial, it is a philosophy that embodies the company’s vision and values. Hans Wilsdorf, the founder of the company, instilled a notion of perpetual excellence that would drive the company forward. This led Rolex to pioneer the development of the wristwatch and numerous major watchmaking innovations, such as the Oyster, the first waterproof wristwatch, launched in 1926, and the Perpetual rotor self-winding mechanism, invented in 1931. Rolex has registered over 500 patents in the course of its history. A truly integrated and independent manufacturing company, Rolex designs, develops and produces in-house the essential components of its watches, from the casting of the gold alloys to the machining, crafting, assembly and finishing of the movement, case, dial and bracelet. Furthermore, Rolex is actively involved in supporting the arts and culture, sport and exploration, as well as those who are devising solutions to preserve the planet. 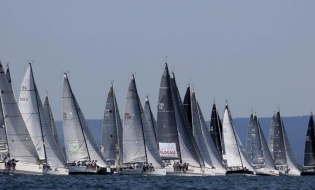