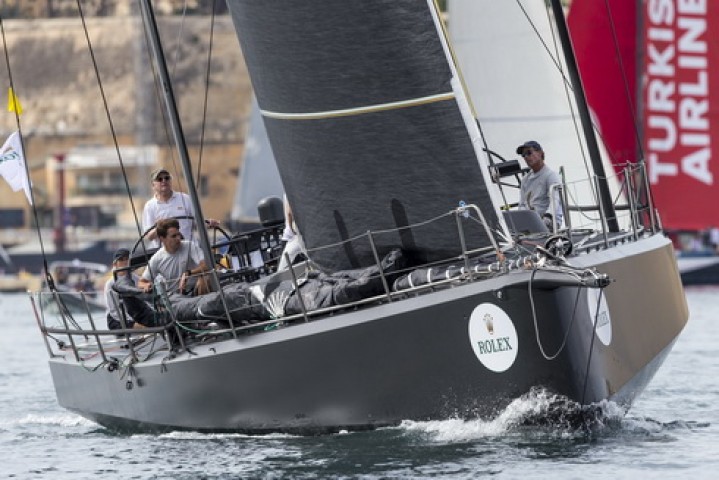 Valletta's magnificent Grand Harbour on the fortified island of Malta is steeped in history and again today was the site of an important battle, this time among 111 teams from 22 different nations competing in the 36th edition of the Rolex Middle Sea Race.

Organised by the historic Royal Malta Yacht Club, which was founded in 1835, the Rolex Middle Sea Race is the final event on the Mediterranean regatta calendar. It attracts the most experienced professional and Corinthian sailors, challenged by the varied conditions that the stunning 608 NM race course offers.
The Royal Malta Yacht Club’s Race Committee precisely executed seven starts with the cannons firing from Saluting Battery and the fleet set off heading North towards the Strait of Messina. Light Northwesterly winds for the next 48 hours will test even the most experienced sailors as they search for the quickest way to get out ahead of the pack.

According to Jules Salter (GBR), navigator onboard Maxi 72 Momo; “It’s going to be light. We will probably get to know the East coast of Sicily quite well as we will be trying to get some sea breeze or night breeze up there. After that, there is a big feature coming in about three days (Tuesday), which will bring in a bit of excitement – wind, rain and thunderstorms. But if we can get going fast, we will get around ahead of it. Or we will get involved in it. Or if we are really slow it will pick everyone up and make it a small boat race.”

Momo’s closest competition for line honours is expected to be George David’s new Juan Kouyoumdjian designed Rambler 88. The American team holds the course record, having completed the race in 47 hours and 55 minutes and three seconds in 2007. They return to Malta as part of their grand slam, which includes the 2015 Rolex Fastnet Race and 2015 Rolex Sydney Hobart Yacht Race.

“On time it could be anyone. Rambler 88 is a machine – a really good boat – can’t wait to get going again,” said navigator Andrew Cape (AUS), America's Cup winner and a veteran of six Volvo Ocean Races. “We need to sail it as hard as we can, we have a really good crew and anywhere suits Rambler. It’s just a matter of us getting the right breeze. It’s apt to be a pretty slow first night and morning, that is going to make it hard for us to win on handicap – but anything can happen.” 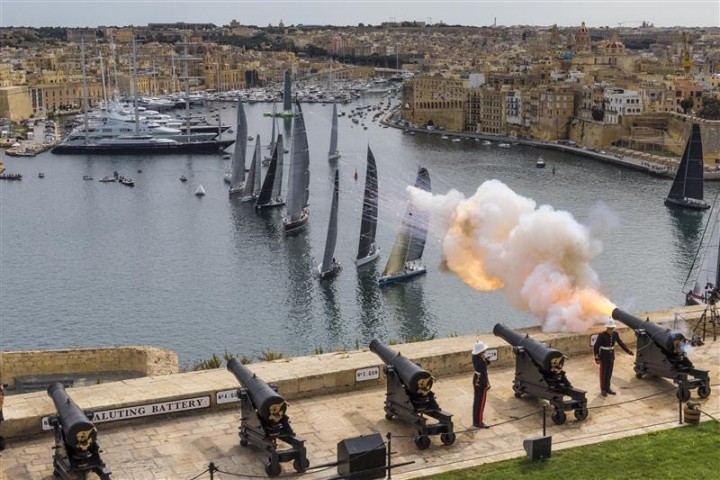 The truly diverse fleet of yachts range from 9.5 to 27 M in length and includes three Volvo Open 70s, Green Dragon (AUT), Black Betty (TUR) and SFS (FRA), as well as the impressively fast multihulls Phaedo3 (USA) and Paradox (USA), which have already pulled out in front of the fleet.

Meanwhile, there is also the stunning 52 foot wooden yawl Dorade, designed by Sparkman & Stephens and meticulously restored by owner Matt Brooks (USA). Dorade also competing in the Rolex Middle Sea Race as part of her quest to compete in all the ocean races the boat won in 1930s, which includes the 2015 Rolex Fastnet Race where she placed seventh overall among 354 entries. 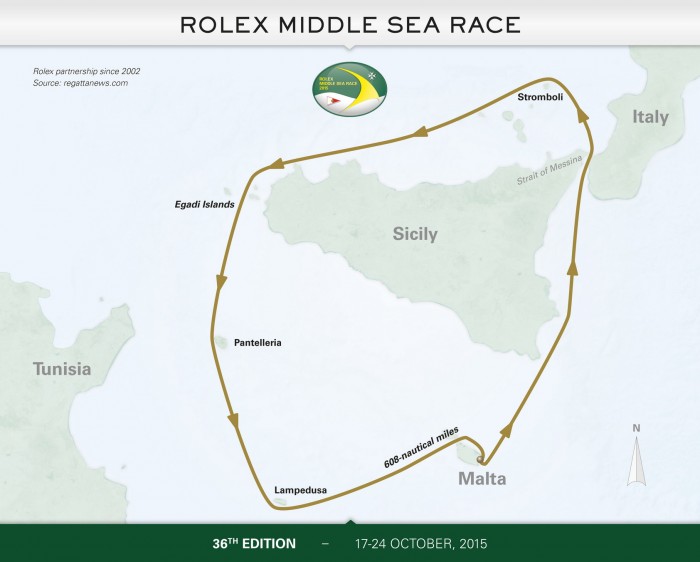 It promises to be a long night for navigators, with all sights set on Capo Passero, the most Southerly point of Sicily, followed by the wind shadow of Mount Etna.

Rolex in Yachting
For over half a century, Rolex has contributed to the passion for yachting and its popularity by establishing strong ties with influential yacht clubs around the world, where sailing enthusiasts mix with hard core racers and elite skippers. A dozen yacht clubs now anchor a series of partnerships, which include Rolex’s title sponsorship of more than 15 major regattas around the world. The brand’s dedicated yachting timepieces, the Oyster Perpetual Yacht-Master and the Yacht-Master II, a regatta chronograph with an innovative mechanical countdown timer, remain the leading choice for sailors and enthusiasts worldwide. 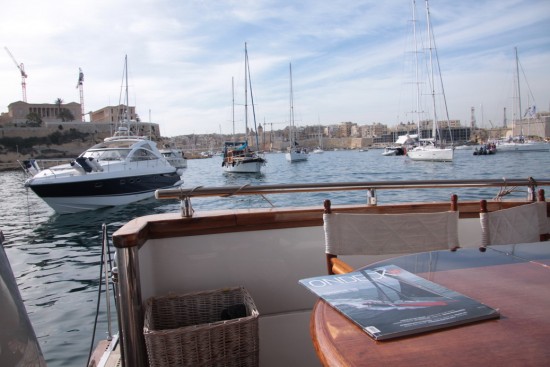