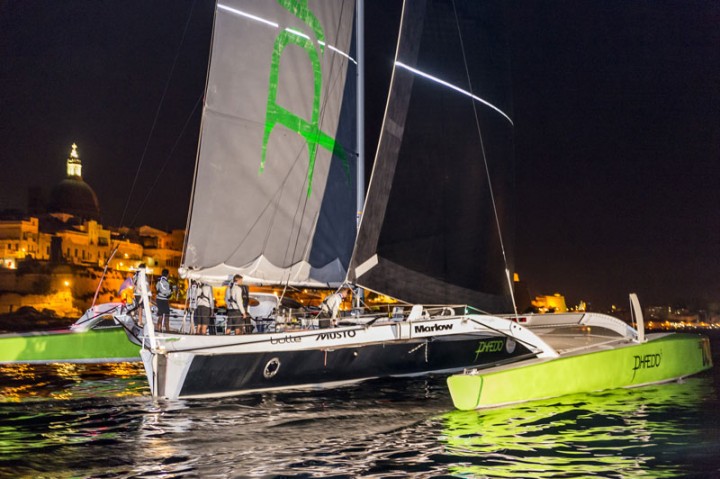 Lloyd Thornburg, and his elated crew, were greeted at the Royal Malta Yacht Club by Commodore, Godwin Zammit. After crossing the finish line, Lloyd Thornburg commented dockside at the Royal Malta Yacht Club. “We were repairing one of the beams the night before the start, we were repairing a bit of damage sustained from setting some of our records, so we didn't get to do our normal practice and preparation.

The start of the race went really well and we had a very nice sail up to Sicily, then in the Messina Strait, we found a wind hole, which was a bit of a battle to get out of. It was a wonderful race with Rambler for much of the way, they made a better call in Messina going inside and it took us a while to get back from that. The conditions were light with lumpy seas, which we don't do so well in but towards the end we finally got our legs and were able to show the speed we are capable of. 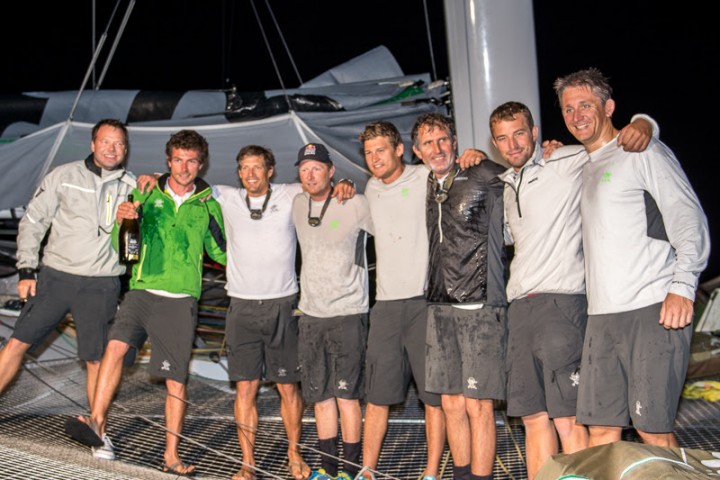 Taking multihull line honours in this race has been a dream come true, we have been talking about this race for about four years. It is one of the classic 600 mile races and now we have done them all except one. I had heard that this is a beautiful race and I have found it incredible, especially passing Stromboli and coming into the finish, the surrounding are just amazing. It is unusual to do a 600 mile race and always be in sight of land, even at night you can see the city lights, which is kind of cool. I am now looking forward to seeing some of Malta while I am here - This race has lived up to my expectations and beyond.”