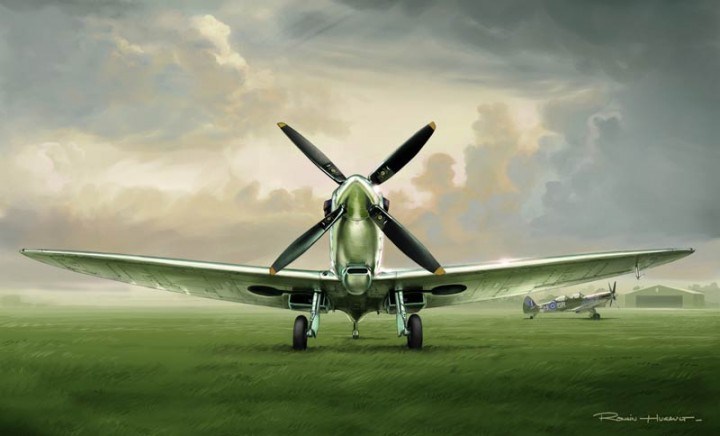 Steve Boultbee Brooks and Matt Jones are hoping to make aviation history with the first round-the-world flight in a Spitfire.

In summer 2019, the two British pilots will cover more than 43,000 kilometres and 26 countries in the iconic aircraft.​ The Spitfire – the extremely agile and powerful British fighter aircraft of which more than 20,300 prototypes were built between 1936 and 1948 – has a range of 750 kilometres. This is almost the exact same distance as a flight from London to Schaffhausen.

This figure also gives an idea of the adventure Steve Boultbee Brooks and Matt Jones are embarking on with their project "Silver Spitfire – The Longest Flight". Never in the history of aviation has a Spitfire flown around the world. The fighter aircraft, with its limited range, was not designed for such an endeavour. The round-the-world flight, which will cover more than 43,000 kilometres, will be divided into around 100 segments. The aircraft will have to endure the most extreme conditions. The Russian cold, the hot and humid Asian climate, storms over the Pacific and sandstorms in the desert will push not only the material but also the pilots and the crew onthe ground to their limits. 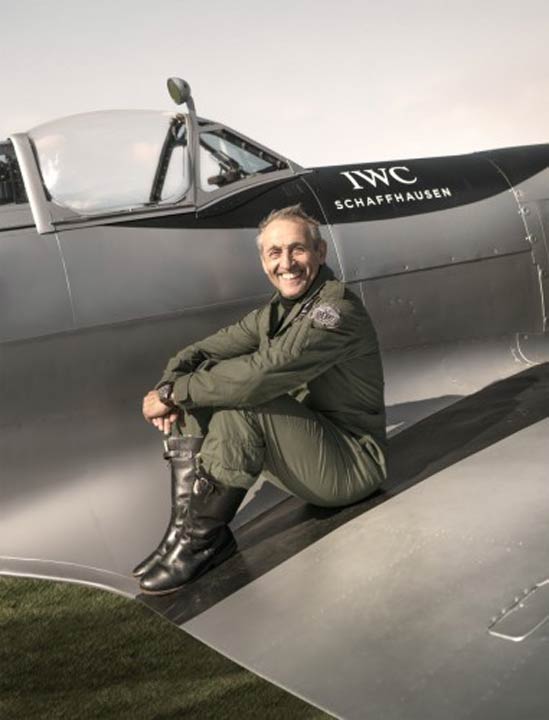 Flying around the world in a Spitfire is the daring idea of British pilots Steve Boultbee Brooks and Matt Jones, founders of the Boultbee Flight Academy. At the only officially recognised Spitfire flying academy in the world, they give pilots the opportunity to learn how to fly the iconic fighter aircraft. The flying academy also preserves the engineering expertise needed to keep the "Spits" in the air for many years to come. It is based at the Goodwood Aerodrome in the south of England. Between 1940 and 1946, this Royal Air Force aerodrome served as an extension to the nearby RAF Tangmere.

Steve Boultbee Brooks is no stranger to record attempts. He was the first ever pilot to fly from the North Pole to the South Pole in a helicopter. This required two helicopters and around 100 flight segments and took more than two years. With 350 flying hours, Matt Jones is one of the most experienced Spitfire pilots of our time. By flying around the world, the two pilots hope to showcase the Spitfire's unique engineering history. They want to bring the aircraft to as many people as possible. As ambassador for freedom, the Spitfire will fly to countries in which it has never landed. Boultbee Brooks and Jones also hope to inspire young people to take an interest in mechanics and engineering. Only if this fascination with mechanics and craftsmanship is preserved will the Spitfire continue to grace the skies for years to come. 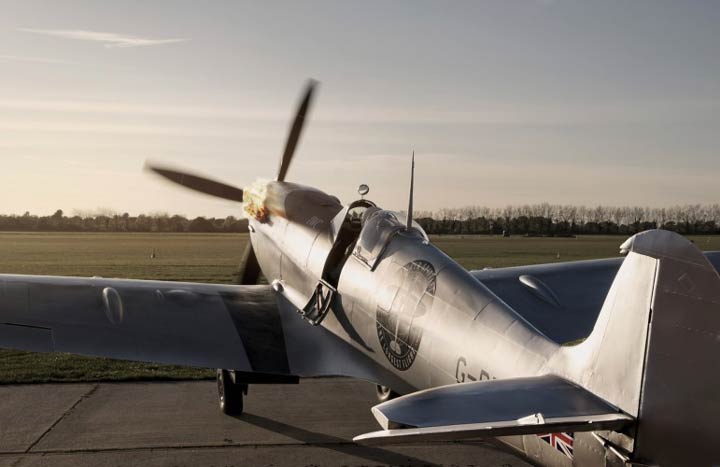 Boultbee Brooks and Jones tracked down the aircraft, which will set off on its flight around the world next August, in a museum. It was built in 1943 in Castle Bromwich and made more than 50 flights during its term of service. The aircraft was stripped down to its individual parts for restoration. Each of the around 80,000 rivets was carefully examined, cleaned and, if necessary, replaced. Every part of the "Silver Spitfire" was polished to make its chrome design gleam. A special polishing procedure was used to create a mirror-bright finish, while retaining the aircraft's original patina. The sculptural beauty of the Spitfire design will therefore be seen as it has never been seen before. The Spitfire will become a "reflection of the time" as it reflects its own eventful history. Around 14 specialists worked on the intensive restoration process for more than two years.

The flight route has not yet been finalised. The details will depend on the weather conditions. However, it will definitely fly from Goodwood in the south of England over Iceland to Canada and then into the USA to allow the crew to take advantage of the comparatively mild weather conditions of the Arctic. It will then fly over Alaska and Russia to Japan and South East Asia before the pilots head towards India. The "Silver Spitfire" will then return to Europe via the Middle East. 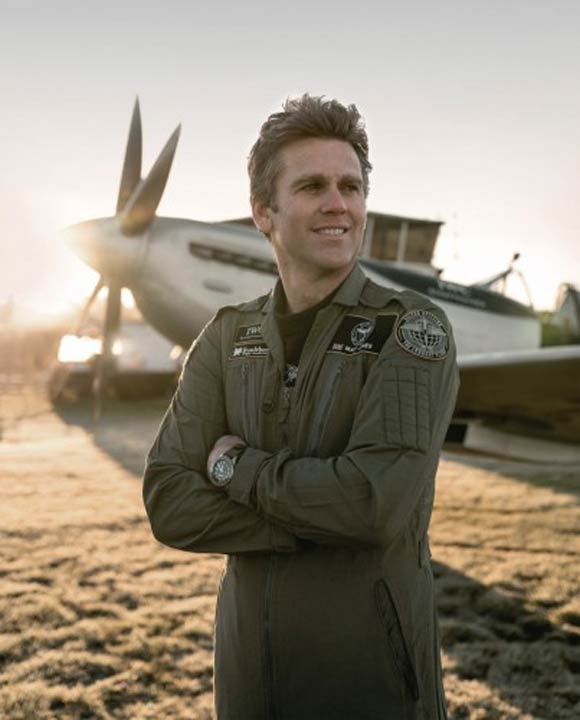 Since the Spitfire does not have any reserve tanks, it will need to refuel every 750 kilometres. As well as the right amount of fuel, original spare parts will also need to be available at every stop. Project Manager Lachlan Monro, who is responsible for logistics, will play a key role in the success of the expedition. Each of the 26 countries in which the "Silver Spitfire" will land has different regulations and laws. Each of the 100 or so stops will therefore present its own logistical challenges. The expedition will also depend on the experience of Chief Engineer Gerry Jones, who is responsible for the inner workings of the Spitfire. Due to its age, the Spitfire requires a huge amount of maintenance and will have to be serviced every 25 flying hours. Jones has been servicing the aircraft for many years and knows its every nut and bolt.

Steve Boultbee Brooks and Matt Jones will take turns in the cockpit. Film producer Ben Uttley and cameraman John Dibbs are hoping to document the journey from an escort plane. And finally, the drawings of French artist Romain Hugault, one of the best known illustrators in the field of classic aviation, will make sure the "Silver Spitfire's" round-the-world flight will never be forgotten. 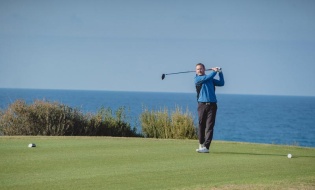 Registrations for the 2nd Messinia Pro-Am continue until January…