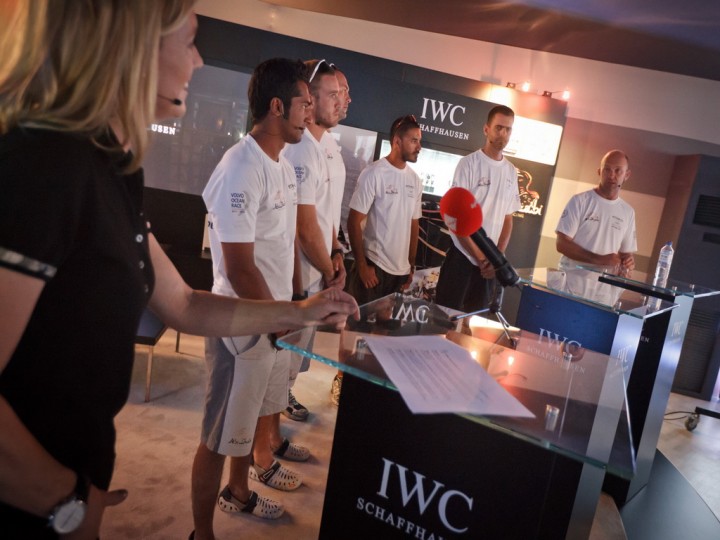 After a 2-week spectacle, the Volvo Ocean Race stopover in the host port of Abu Dhabi has come to an end this Saturday. As Official Timekeeper, Swiss watch manufacturer IWC Schaffhausen awarded the coveted trophy in its 24-hour Speed Record Challenge to the Groupama sailing team. During the team talk organized by sponsor IWC, the crew of Abu Dhabi Ocean Racing gave their personal take on the tribulations of life on board.

After a highly unusual leg from Cape Town to Abu Dhabi, five of the six teams entered the port on 4 January 2012. For the first time in the race's history, as a security measure against piracy, the organizers had the yachts transported by cargo ship for part of the leg. The reception for the exhausted crews could hardly have been
warmer. Emiratis on classical dhows that had been festively decked out for the occasion accompanied the Volvo Ocean Race teams into port. Groups of traditional UAE dancers flanked the crews as they left their vessels for terra firma, and children clothed in local dress showered the sailors with confetti in the national colours of the
United Arab Emirates. Abu Dhabi gave everyone a perfect example of proverbial Arabian hospitality. As partner of Abu Dhabi Tourism Authority (ADTA), IWC Schaffhausen sponsors the Abu Dhabi Ocean Racing team. "We thought we should benefit from the fresh breeze that's blowing and use it to boost IWC's brand awareness in a market that's so important to us," explained IWC CEO Georges Kern.

For ADTA, too, the stopover and the reception for its own team was a unique opportunity. After all, the UAE is the only country in the Gulf region that has
ever hosted this particular race.

IWC 24-hour Speed Record Challenge Watch manufacturer IWC Schaffhausen is Official Timekeeper of the Volvo Ocean Race 2011–2012 and sponsors the 24-hour Speed Record Challenge. The team that covers the greatest distance within a period of 24 hours in each leg is awarded the much-coveted trophy. After racking up 478 nautical miles, the crew of the Groupama yacht took the IWC trophy for the second leg. At a prize-giving ceremony held last Wednesday, Maxime Ferte, Brand Director
of Richemont Dubai (FZE), awarded the trophy to the winning crew. The overall fastest time over the entire 8 months of the race will land each of the 11 members of the winning crew a Portuguese Yacht Club Chronograph Edition "Volvo Ocean Race 2011–2012".
IWC Schaffhausen will present the watches to the winning crew at the end of the race in Galway, Ireland. Behind the scenes with the Abu Dhabi Ocean Racing team
The team talk organized by sponsor IWC gave the members of the Arabian crew a chance to express their thoughts on the race so far. Together, they looked back on the rigours and unusual events of the preceding leg, talked about life on the open sea, and explained how they develop and apply their tactics.

Double Olympic medallist Ian Walker, skipper of Abu IWC Schaffhausen celebrates
second leg of the Volvo Ocean Race 2011–2012 in Abu Dhabi Dhabi Ocean Racing's Azzam yacht, said: "It's a long way around the world and we have to stick to the basics, stay near the other guys and learn as much as we can, sail as smart as
we can and push the boat as hard as we can." Patrick Shaughnessy of Farr Yacht Design, the company that designed the Azzam, revealed a number of interesting details about the state-ofthe- art yacht. Bowman Wade Morgan, Media
Crew Member Nick Dana and the two Emiratis Adil Khalid and Butti Al Muhairi provided the audience with an insight into the kind of hardships that face the crew of a racing yacht. 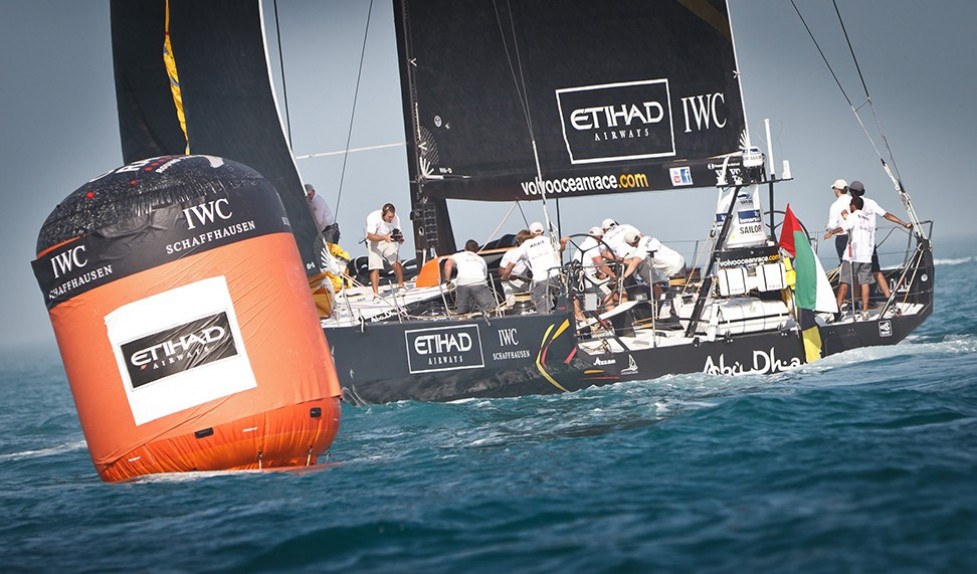 Local heroes Abu Dhabi Ocean Racing took their second inshore victory on Friday, winning the
Etihad Airways In-Port Race in front of thousands of enthusiastic supporters. British skipper Ian Walker's team got a royal boost when His Royal Highness Prince Andrew put in a guest appearance on the Azzam. After two legs and 3 In-Port Races, the Spanish Telefónica yacht remains ahead of Camper and Groupama in the overall classification. Today, the crews set out on the third stage. A short sprint out of harbour gives them a second chance to garner more points before the five yachts are loaded onto cargo ships again as part of this event's unprecedented anti-piracy precautions. The sixth crew, Team Sanya, experienced rigging problems and failed to make it to Abu Dhabi. They are still out on the open sea and plan to rejoin
the fleet in the course of the third leg, which takes the crews over 4,600 nautical miles to Sanya in China.

With a clear focus on technology and development, the Swiss watch manufacturer IWC Schaffhausen
has been producing watches of lasting value since 1868. The company has gained an
international reputation based on a passion for innovative solutions and technical ingenuity.
One of the world's leading brands in the luxury watch segment, IWC crafts masterpieces of
Haute Horlogerie at its finest, combining supreme precision with exclusive design. Active
climate protection and environmental responsibility are part and parcel of the company'sphilosophy. The traditional Swiss manufacturer has lowered its carbon dioxide emissions by 90 % in the space of a few years
and has been certified as a carbon-neutral enterprise since the summer of 2007. 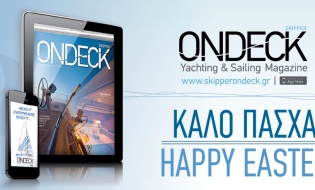 During Easter time in Greece, travelers are likely to hear typical phrases used in greetings.