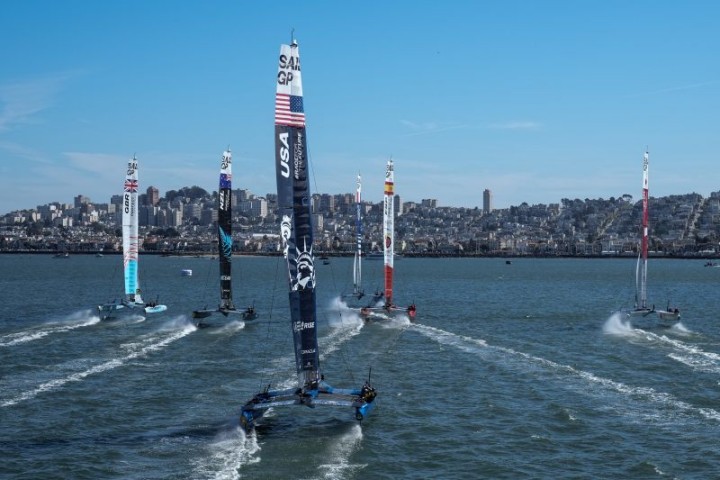 When the Grand Final of SailGP Season 2 got under way on San Francisco Bay on Sunday 27 March, the previous 47 races in the eight-event series arguably counted for nothing.

The three teams that topped the overall championship leader board at the end of the Mubadala United States Grand Prix lined up against each other for a winner-takes-all showdown. Only one crew could claim to be the best, no matter what the results of the preceding 11 months were. After a tense and difficult final race, Team Australia emerged triumphant to secure the title for a second time.

This global championship is clearly so much more than a single race. SailGP aims to challenge sailing’s status quo by creating a fully professional race circuit while respecting the traditions and ethos that define the sport. Team Australia’s win was the result of exceptional talent and athletic prowess achieving perfect harmony with their innovative foiling catamaran: a season-long pursuit of excellence was complete. 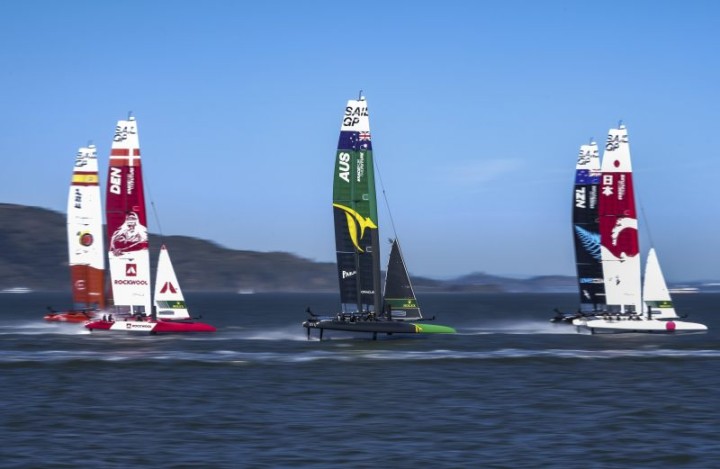 Five event wins across the season in Great Britain, Denmark, Spain, Australia and United States meant the Australian team entered the Grand Final with strong credentials as the most consistent crew. The skipper, Tom Slingsby, had this to say:

Rolex has been a partner of SailGP from the outset. The synergy between the two organizations is based on a mutual desire to perform at the highest level across all areas of their respective activities.

The competitive element of SailGP is defined by the sailors and the boat. Drawn from the upper echelons of yachting talent, all competing crew members are exceptional. The skippers, though, are a rung above. In most cases they are either Olympic gold medallists or America’s Cup winners, and very often both. The routes to the Grand Final taken by the three teams were neither straightforward nor similar, but their commitment to summoning their deepest resources at the most difficult moments is possibly what set them apart from the other five. 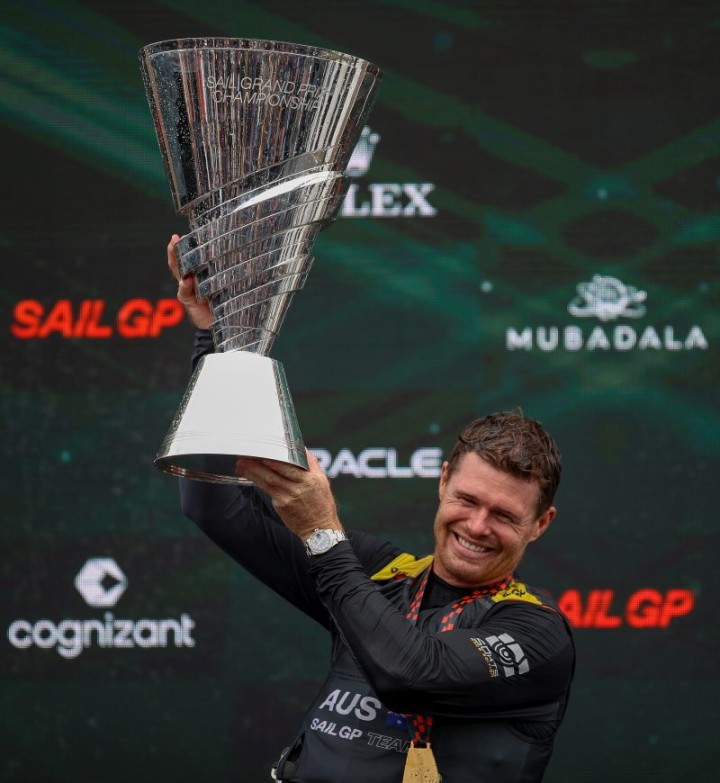 The United States team helm James Spithill, a two-time America’s Cup winner and former Rolex World Sailor of the Year, had a disastrous start to Season 2 with a collision at the first event. Given the list of setbacks that then followed it was a remarkable achievement to make the cut, especially without winning an event. Nathan Outteridge, the skipper of Team Japan, is an Olympic gold medal winner. A beaten finalist in Season 1, Team Japan’s Season 2 was also marked by collisions, but grand prix wins in Italy and France helped squeeze them into the decider. Tom Slingsby, the winner of Sail GP Season 1, is an Olympic gold medallist, an America’s Cup winner and twice Rolex World Sailor. An otherwise impressive Season 2 record was marred by two events where the team finished last.

For all the competitors, SailGP is the ultimate test to prove who is the best sailing team. The boats are identical, each crew has the same amount of training time, and the 2,200 channels of data generated every tenth of a second by each boat during racing is shared in real time. Every action a competitor makes is open to detailed analysis, but data alone will not win races. No one can analyse (yet) what the brain is thinking, and winning races often comes down to who processes information fastest, whose instinct and reading of the tactical situation is spot on, which team acts as one. 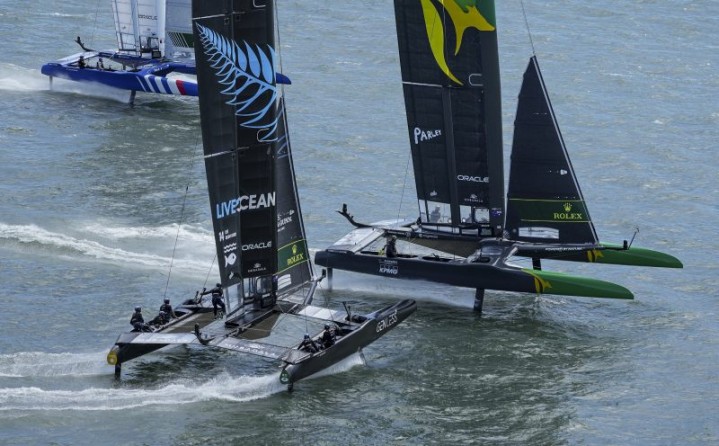 The F50 is at the cutting edge of foiling catamarans and arguably the fastest, most difficult boat of all to sail. Physically demanding and unstable, it is capable of sailing at three to four times faster than the wind. Crews need to be at the very pinnacle of their game just to control their craft, let alone compete.

Off the water, SailGP is constantly pushing, making incremental refinements to the design, to achieve higher speeds. At the end of Season 1, it introduced the modular wing with three size variations. It is a prime example of SailGP’s enthusiasm to ensure the boat performs at a variety of renowned locations around the world. Bermuda, Aarhus and Sydney are not just on different continents, they deliver completely different racing experiences. In order to complete the full schedule of racing, the F50 must be mission-capable whatever the conditions.

Then there is the more holistic view of the sport: how can SailGP help sailing develop and strengthen? Throughout Season 2, the Inspire programme has engaged with experienced and less experienced youth sailors at each venue to put them on a pathway to foiling. Offering exposure to the F50, the athletes that sail them and the professional aspects of the sport has proven hugely popular and immensely successful.

This season, SailGP introduced the Race for the Future Impact League to make sustainability an essential part of the championship fabric. With a set of criteria – social and environmental – to operate against, each team was awarded points based on its fulfilment of these criteria. Ranging from pioneering new technologies focusing on clean energy solutions and removing all single-use plastics, to diversity and inclusion, the actions the teams took to reduce their overall carbon footprint and to accelerate inclusivity in sailing was closely monitored and scored. Competition proved fierce with Team New Zealand leading the way. 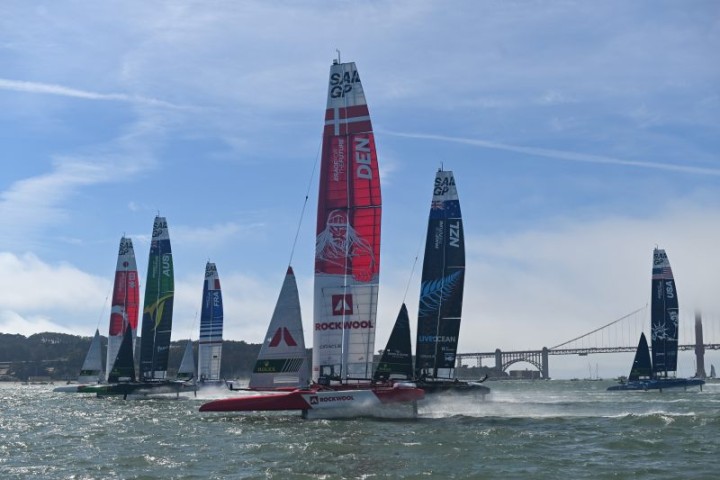 Another major step forward in Season 2 has been the inclusion of women sailors in crew line-ups for all racing. SailGP introduced the Women’s Pathway Programme at the start of the season as part of its strategy to promote inclusion, inspire change and provide opportunities. Ahead of the Spain Sail Grand Prix, it was formally announced that women athletes would be included in both the six-crew standard configuration and four-crew light-wind configurations, enabling true in-race experience.

With Season 2 completed and Season 3 due to start next month, the crews have little time to rest. New teams and new venues are on the horizon, while refinements to the F50 and control systems will intensify the challenge to be the best. What will not change is the willingness of the crews to respond and improve with passion and determination. Their ambition to excel is a constant. 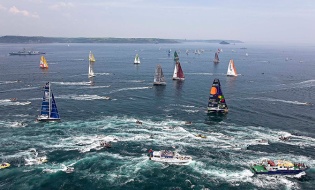 City of Plymouth chosen as host venue for The…

The iconic sea-faring City of Plymouth (UK), known as Britain’s Ocean City, has won the...