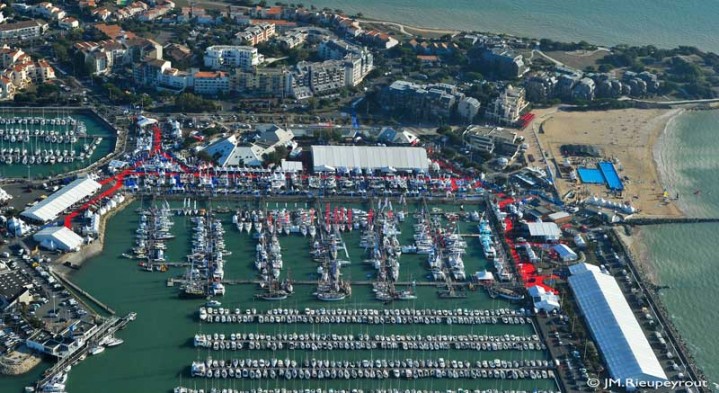 The 2016 edition of the Grand Pavois La Rochelle, organised by the association Grand Pavois Organisation was a great hit as much for the many new products exhibited as for the number of highlights which marked this year's event and the overall atmosphere.

An event which enjoyed good weather conditions and welcomed 80,000 visitors over the show's six days: a large public and, above all, a good quality public in terms of the visitor profiles. The presence of 800 international brands bears witness to the fact: the Grand Pavois La Rochelle confirms its position as a true business show. Many sales, many estimates, many post-show appointments taken: the Grand Pavois is still very much in the Top Five international in-water events and confirms that it has become essential for enthusiasts as well as for professionals, who see in the event commercial prospects for the coming year. This edition of the Grand Pavois La Rochelle appears to have been of satisfaction to many professionals and several brands who, when asked, declared that they had achieved and even, for some, exceeded the goal they had set prior to the show. A positive sign for the end of 2016 and the start of 2017.

Alain Pochon (President of Grand Pavois Organisation): "We are globally satisfied with this 2016 event. Two targets were reached with, on the one hand, 80,000 visitors present by the middle of the afternoon on Monday and, on the other hand, the fact that the Grand Pavois La Rochelle confirms its position as a major business show. Many professionals told me that they were satisfied and that they had achieved their targets. It can be said that there was a good atmosphere at the show on Monday evening. We are pleased to hear this because it confirms that our show is a key date for our profession".

"The Grand Pavois La Rochelle confirms its position as the show for real fans"
"There were also many sea trials. "Our La Plage space was very popular over the weekend with many young people in the water. The Fishing Space and Grand Pavois Fishing (editor's note: fishing contest with no-kill bait) also continues their development. About forty competitors at sea met during the three days all representing more than 30 brands. The Grand Pavois La Rochelle confirms its position as a Reference show for enthusiasts and we are proud to promote all disciplines. We want to meet the needs of our professional exhibitors and also develop the activity and encourage exchanges. And it is working! Our Multihull Space continues its development with the setting up of a double pontoon and an in-water restaurant and we have noted the high level of mobilisation among so called ocean cruising units.

A theme that we want to develop in the frame of the show, especially since, for November 2017, the Grand Pavois Organisation association is launching the Rallye des Iles du Soleil to Marie-Galante with the support of the Guadeloupe Region. We also had a magnificent exhibition of old rigs in-water and our Heritage and Tradition Space also developed a very interesting and innovative theme with Nouvelle-Aquitaine. Also, we must not forget our theme for the year "Protecting our Oceans" which brought together many speakers and welcomed an amazing exhibition of pictures in the frame of the "Creative Awards by Saxoprint for WWF France".

On the subject of our 2017 dates, the Grand Pavois Organisation's Board of Directors has officially approved the dates of Wednesday 27 September to Monday 02 October 2017 in order not to compete with Cannes Yachting Festival which will be held from 12 to 17 September. The Board of Directors of Grand Pavois Organisation were informed about the dates on Sunday morning. We decided to hold an urgent meeting with the Municipality of La Rochelle in order to obtain information about their programme of events and decide the dates together, taking account of the tides schedule.

Therefore, the 45th Grand Pavois La Rochelle will be held from Wednesday 27 September to Monday 2 October 2017. 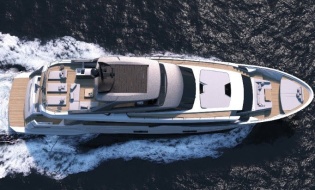 The 60th Anniversary of Sanlorenzo, a nautical atelier since…

Sanlorenzo Superyacht division unveiled the projects of the new SL102 and SX72 yachts, whose official...