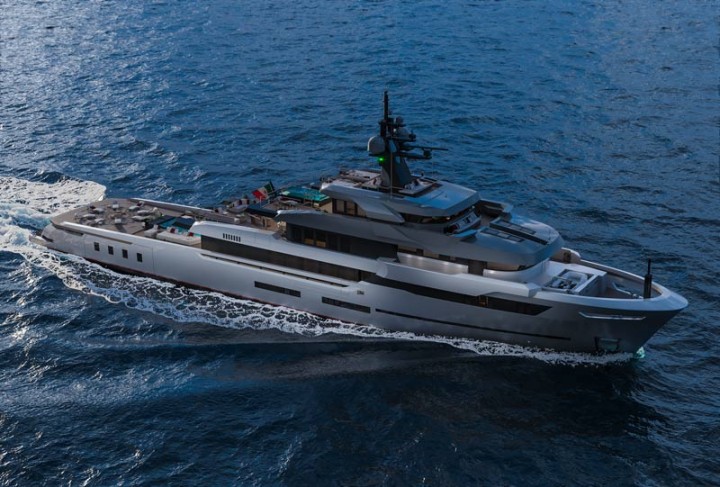 During the last edition of the Monaco Yacht Show 2018 (MYS), held in Montecarlo from 26 to 29 September 2018, the updated version of the Hot Lab 67 M Explorer by VSY project was presented.

The project, developed by the studio (active in Milan since 2004), was presented jointly with the Italian shipyard VSY, specially chosen because of the yard’s high quality achievements in the range of over 60 metre yachts and for its commitment to sustainability in both the construction process and its innovative business model.

The Hot Lab 67 M Explorer by VSY was conceived in accordance with the original Explorer yacht concept, yet features all the characteristics of a modern and absolutely contemporary yacht. It is a project that combines the sober elegance with typical Italian taste and savoir-faire, with the aim of making this yacht a point of reference in the category. 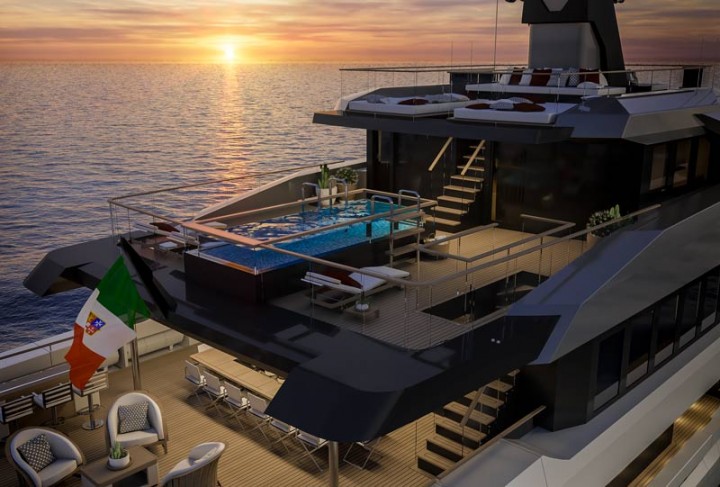 The genesis of the Hot Lab 67 M Explorer by VSY
Explorer-type yachts have experienced a remarkable diffusion in the recent years, to the point that they have also greatly inspired yachts that cannot be considered part of this category. Everything started with the conversion of working boats into pleasure craft; the shipyards then began to propose explorers designed from scratch, conceived for leisure and private use but faithful to the concept, both in terms of general look and stylistic development.

“The Hot Lab 67 M Explorer by VSY” – says Michele Dragoni, the partner of Hot Lab in charge of styling – “presents all the most demanding requirements in modern yachts, but is built around a concept that is very faithful to the original explorer yacht concept”. The yacht’s overall appearance features the typical superstructure of working boats (whether oceanographic, cable layers or fishing boats) positioned well foward, thus leaving large open spaces aft. The classic bow, instead of the widespread vertical plumb bows, as well as the wheelhouse wing stations, suggest a highly marine and faithful design approach to working boats and naval ships. 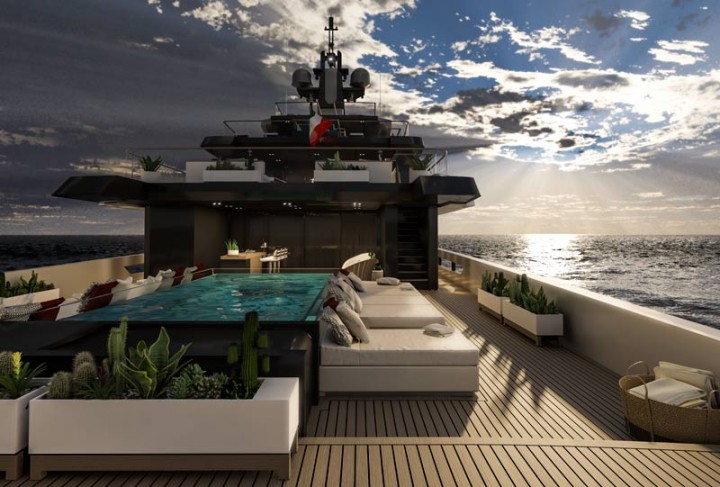 Design
The external layout, elaborate and coherent, is more modern. The transom does not foresee external stairs, as access aboard is by retractable gangway, while the vertically opening door connects the large beach club with the swimming platform. Two large doors serve as platforms and at the same time allow hauling the tender and toys. The aft part of the main deck is completely flush and when cleared of freestanding furniture is suitable big pool use and the access to the beach club area from the main deck is provided by a large hatch.

According to Michele Dragoni, “The play on alternating full and empty spaces as one climbs from one deck to another in the beautiful superstructure is most probably the most characteristic stylistic feature of the exteriors on the Hot Lab 67 M Explorer by VSY”. The wing stations are deliberately voluminous and functional, as they facilitate mooring manoeuvres, but at the same time are a tribute to the working boats that the Explorer yachts category draw inspiration from. The infinity pool behind the wheelhouse, far from indiscreet eyes, creates an intimate and scenic panoramic point. At the top of the superstructure, just in front of the instrument mast, there is a small panoramic sundeck: a tribute to the crow's nests from the legendary age of sail. 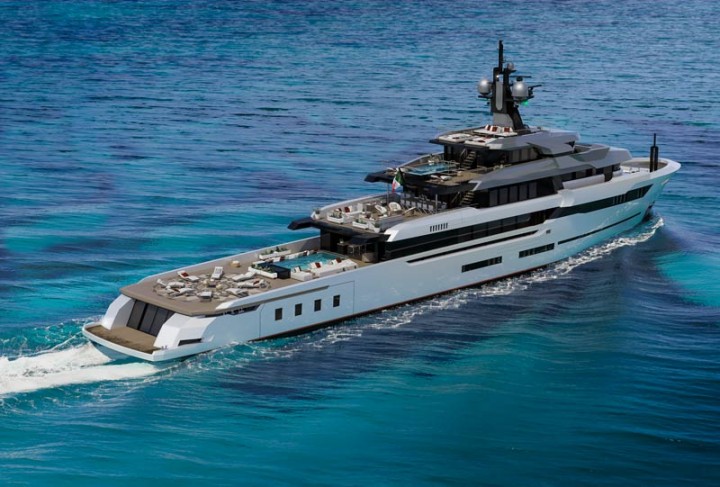 The interiors of the Hot Lab 67 M Explorer by VSY are fairly classic and - declares Antonio Romano, partner of Hot Lab and marketing manager of the Milanese studio – “are the result of painstaking studies aimed at optimally balancing outdoor and indoor spaces with the volumes of the yacht”. Two layouts are on the drawing table, with either six or seven cabins all told. “The common denominator" - added Romano - “is represented by the presence of large windows on three of the four decks, which literally flood the interior with natural light. Other characteristic features are the owner's suite, located at the forward end of the upper deck with a breath-taking 180-degree view over the sea, private studio, a big bathroom and two dedicated walk-in closets for him and for her, a sky lounge with glazed windows on three sides and an oversized beach club that, whilst the tender and the toys are at sea, becomes an area fully devoted to relaxing and wellness”. 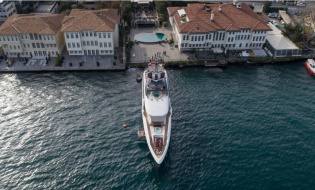 After its being sold in January 2019, Istanbul-based shipyard Bilgin Yacht's 47.5-metre superyacht Bilgin 156... 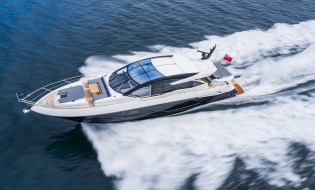