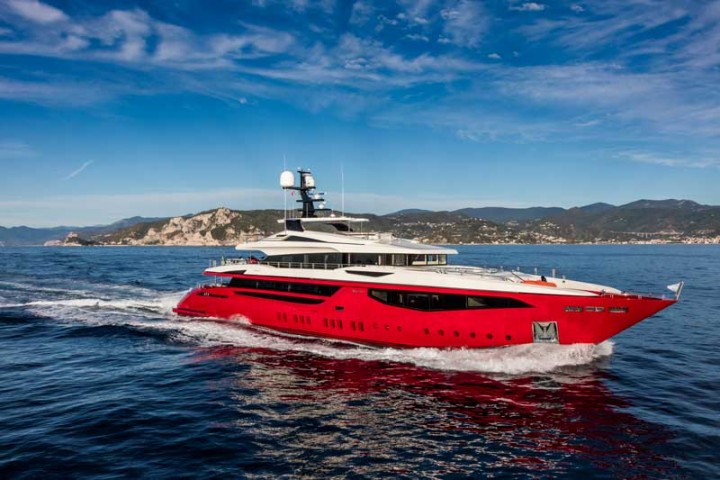 For Hot Lab Yacht & Design, active in nautical design since 2004, this year’s Monaco Yacht Show (September 28th – October 2nd) was their most important show ever.

With three yachts in the water, plus four projects and concepts presented during the Monaco event, the Milan-based design studio has officially entered into a new era. “For us this was an important turning point”, said Antonio Romano, Hot Lab partner and marketing director, since “Hot Lab has shown once and for all that they can handle more than one project at a time, even when the projects are very diverse in nature.”

Yet another bet has been won, certainly the most important in the twelve years of activity for this young, dynamic partnership, always ready to accept new and difficult challenges.

With both her interior and exterior entirely designed by Hot Lab, at the Monte Carlo show the lion’s share of interest was taken by the 49.2-metre motor yacht Ipanema, built by the Mondomarine shipyard in Savona (Italy). There is a lot of Hot Lab’s head of styling Michele Dragoni in her. Her sportive and attractive lines are clearly Italian: inspired by the automotive sector, they are both aggressive and balanced. The exterior styling is the logical consequence of Dragoni’s academic and professional career. Even though he works full time on yachts, Dragoni is passionate about industrial and automotive design. The Ferrari-red hull (requested by the owner), the play between full and empty spaces, the recesses that coincide with the changes in coloring and the setting back of the bridge, all seem to give birth to the hood of an automobile on the forward deck and are all elements that reflect the automotive sector. He loves to define the Ipanema as “a seagoing Gran Turismo”, with elements of the Aston Martin One 77, the Lamborghini Miura and the Ferrari F12 Berlinetta.

In designing the interiors of Ipanema, Enrico Lumini, head of interior style and quality at Hot Lab, said that “it was necessary to leave behind pure styling and the Studio’s previous projects as the owner had no interest at all in creating a yacht that would be widely appreciated: if it is normal for us to be asked to design a yacht that sacrifices a little personality and originality to be pleasing to the public eye, Ipanema is the result of the opposite approach.” The project was also very important to Lumini in the exercise of his profession, as he required the design team to “go back to the book” and rediscover decorative styles from the past and the precious detailing that characterized them. “The use of decoration is gradually being rediscovered”, added Enrico Lumini, “and Ipanema represents an excellent example of this trend. In addition, thanks to this project, I was able to personally deepen my knowledge of the use of cabinet-making, dwelling on details using six different types of wood.” 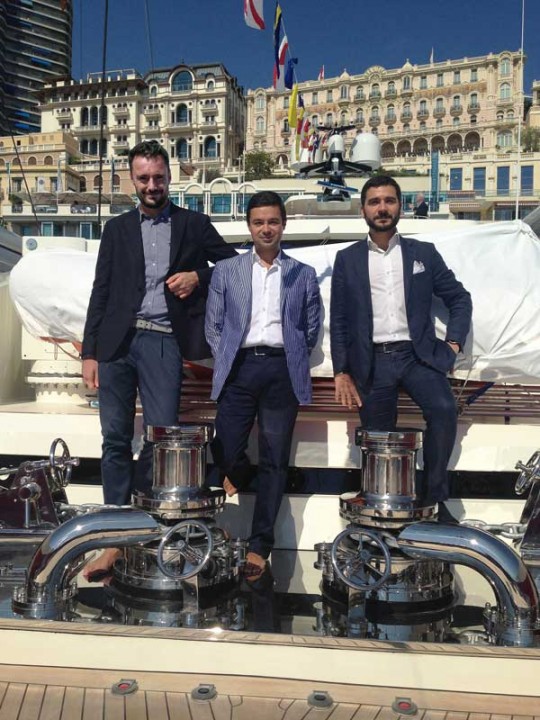 The second yacht on show designed by Hot Lab, here completely responsible for the interiors, was Divine, a sporting 40-metre motor yacht, built by Columbus Yachts in Naples and recent winner of several international awards. Aggressive exterior styling (designed by Sergio Cutolo), sportive in character with a plumb bow, Divine is the result of a specific idea: to satisfy the taste of the owner who desired a warm and contemporary look, dominated by natural lighting - the cornerstone for the whole project.

Grey Stone, the smallest of the three yachts afloat, was built at the ATM shipyard in Bodrum. The 23.9-metre trawler combines the sober style associated with yachts inspired by working boats with surprising interiors (designed by Hot Lab), in a contemporary style dear to the owner. Grey Stone was not intended to be flashy, but to have rather the aspect of a mature and functional yacht, designed for quality on-board living, with comforts and living space typical of larger yachts. Antonio Romano refers to this yacht as a “pocket superyacht”.

Hot Lab also presented four new projects and concepts during the Monaco Yacht Show. The two larger designs, both interiors and exteriors, were created entirely by the Milan-based design office, while the smaller two will have just their exteriors styled by Hot Lab. The yachts are as follows, larger to smaller: Days (68 metres), Sarp Aouda (60 metres), RMK 55 XXL (55 metres) e Baglietto 44 SD (44 metres).
Massive in size, at 1,800 gross tons and with a 13-metre beam, Days is already under construction in the Turkish AES shipyard and will be delivered in the spring of 2018. As Antonio Romano said, the exterior styling kept Hot Lab’s designers hard at work as “it is always difficult to create pleasing lines with a request for such a huge volume and size”. The interiors are contemporary and expertly finished, with an attentive use of materials ranging from stone to marble and from leather to metal. Aouda, even though she is a mere six metres shorter than Days, is an Explorer built in the Sarp Yachts shipyard in Antalya. Slender and therefore unusual, she distances herself from this category’s norm of having considerable volume forward. An interesting feature of the project is the swimming pool with direct access from the owner’s suite.
An additional Explorer was also designed for another Turkish shipyard: RMK Marine. With volumes comparable to a seventy-metre yacht, this beamy and roomy 55 metre is already under construction in Tuzla, at the eastern edge of Istanbul. And last but not least, the latest Hot Lab creation is a semi-displacement 44-metre long yacht, slim and elegant, with a singular plumb bow. This is the first of three yachts for Baglietto of La Spezia (Gavio Group), a brand that dates from 1854 and the pride of Italian shipyards. A limited draft of 1.8 metres and the evergreen appeal of Made in Italy assure desirability across the ocean on the East Coast of the US, where Bahamas-friendly draft is mandatory.

The first collaborative effort between Hot Lab and the prestigious Italian brand has gotten off to a great start. Officially confirmed during the recent Monaco Boat Show, the Milan based design studio will surely remember this remarkable beginning for years to come. 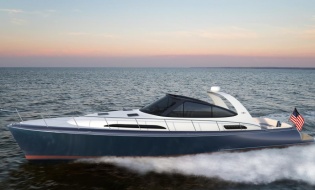 Goal of the GT50 Open, that will debut worldwide at the 2019 Maiami Yavht Show... 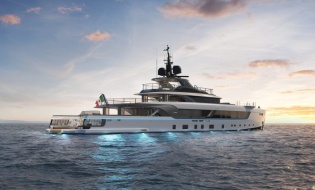 The Italian Sea Group, a global luxury yacht operator, announces the sale of a new...