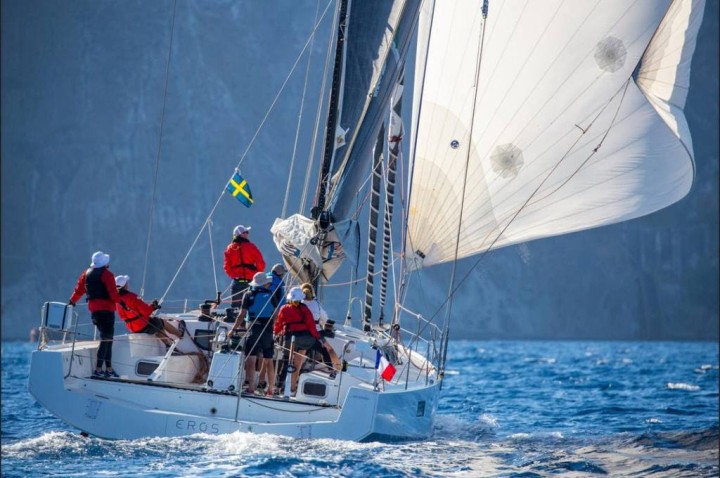 With the main axis of the windy Meltemi shifting west to buffet the shores of Attica now with 20-30 knot winds, almost all entries have made it across the finish and are safely ashore at Olympic Marine after this second edition of the AEGEAN 600.

This evening there are only four teams that remain on the race course making their way across the last long leg west towards the finish line set at the ancient Temple of Poseidon at Cape Sounio. Among these is one last class leader: Andrejz Rozycki and Adam Skomski’s JPK 10.30 PNEUMA (POL) who lead the IRC and ORC Double Handed class.

The day before they were in a fight with Gerasimos Petratos and Evi Delidou sailing their Dehler 30 AETHER (GRE), shown above in the lead while transiting Santorini, but this team had to retire from the race last night with technical problems and are parked safely at Leros. 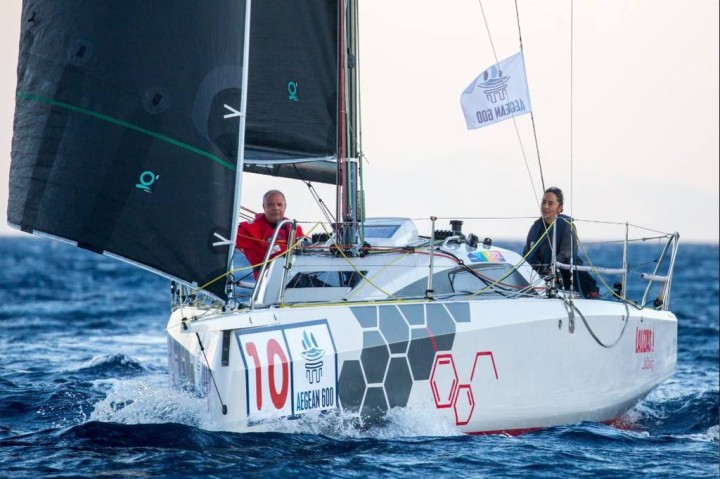 Another entry that just retired this evening was at the rear of the fleet in the Multihull Class. Stuart Austin's Outremer 4x catamaran Quick Decision (GBR) called in to say they'd had enough of "finding every hole on the race course" and are headed back.

Among the morning’s finishers was the Swedish team on the chartered Pogo 50 EROS (shown below), who crossed the line just before dawn this morning. Skipper Frederik Karlsson said fellow Swede Peter Gustafsson who did this race last year on his J/111 BLUR convinced them to come to Lavrion to give this edition a try. Caked in dried salt and waiting for a taxi to their hotel, Karlsson shared his impressions on the race - as a veteran of other 600-milers like the Fastnet and the Middle Sea Race, he has some perspective.

“This was really hard!” he said. “The wind swirls around the islands and we get everything, often suddenly. We would be sitting drifting around with other boats, then suddenly a huge 20-knot gust would come, then increase to over 30 knots. We got very good at reefing and unreefing quickly, but ate nearly nothing for two days because we were so constantly busy".

“This is different than racing in the north of Europe where the wind behaves more or less like the forecasts and you know what to expect. Here you need to be prepared for everything, it’s quite a challenge.” 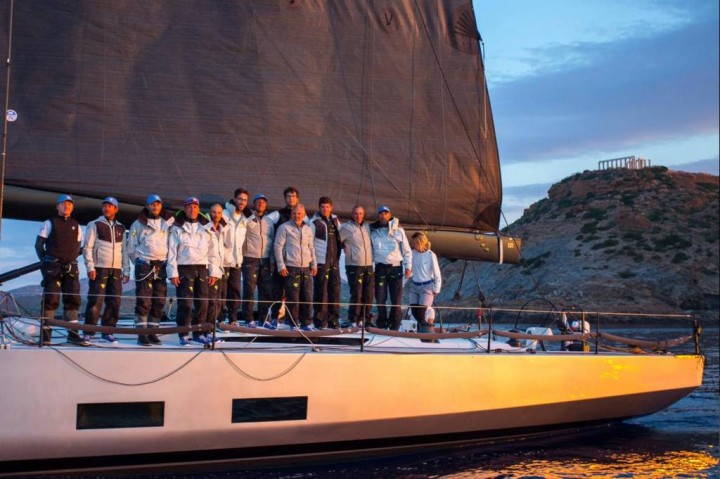 Bogdan Hrehorciuc echoed these sentiments when his Figaro 2 Tetraktys (ROU) finished at 11:09 this morning for a 4th place finish in ORC and 7th place in IRC. He also raced in last year’s first edition of the race and compared it to this year.

“We finished 8 hours faster this year, but this was a very hard race,” he said. “The islands have a huge effect on the wind, you’re never certain about what is going to happen at the next corner. We had so many changes in how to sail the boat I never had time for a cigarette – I quit smoking for two days on the east side of the course! But for sure we’ll be back.”

The AEGEAN 600 is organized by Hellenic Offshore Racing Club (HORC) and co-organized with Region of Attica and Olympic Marine. 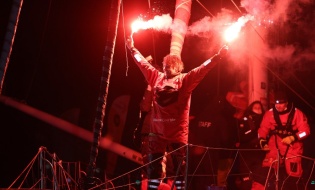