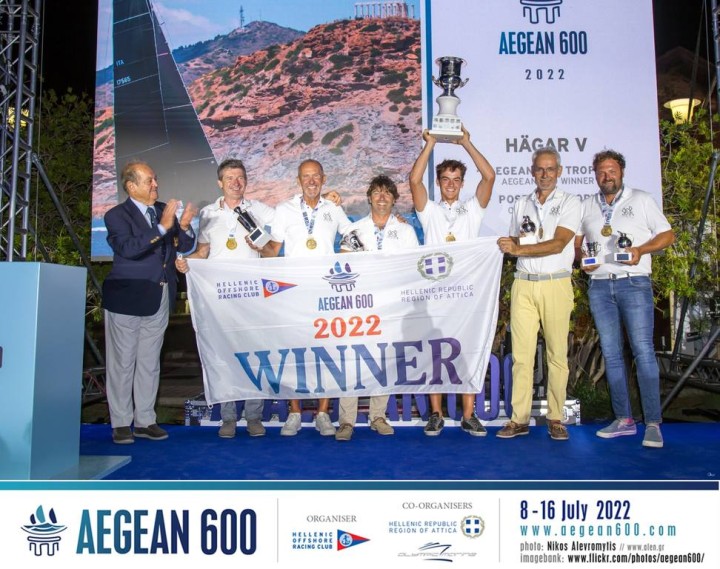 This year’s second edition of the Hellenic Offshore Racing Club’s (HORC) AEGEAN 600 has secured this race’s place among the world’s important offshore challenges.

The complexity of the race course, the outstanding range of conditions, the excellence in organization and venue and the performance of the teams has now proven this race is now on every offshore sailor’s “bucket list.”

“I am really happy we did this race,” said Gregor Stimpfl, owner/skipper of the Scuderia 65 HAGAR V (ITA). “This is the second time we competed, and we have experienced the organization to be excellent and supportive, and the race a perfect mix of fun and challenge. I place this among the best of the 600-mile races, and recommend this to everyone.” 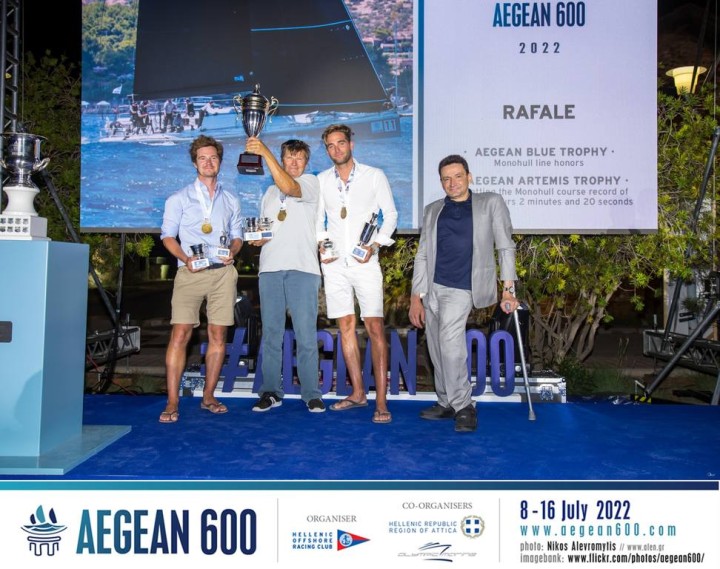 The Icarus Trophy for their overall victory in IMOCRA scoring was awarded to Adrian Keller’s Nigel Irens 78 catamaran ALLEGRA (SUI), and for being first-to-finish multihull they received the Aegean Magic Trophy, and the Aegean Hermes Perpetual Trophy for setting a multihull course record of 2D 5H 36M 02S. They also received the Greek Tourism Trophy for being the first foreign entry to finish the race. 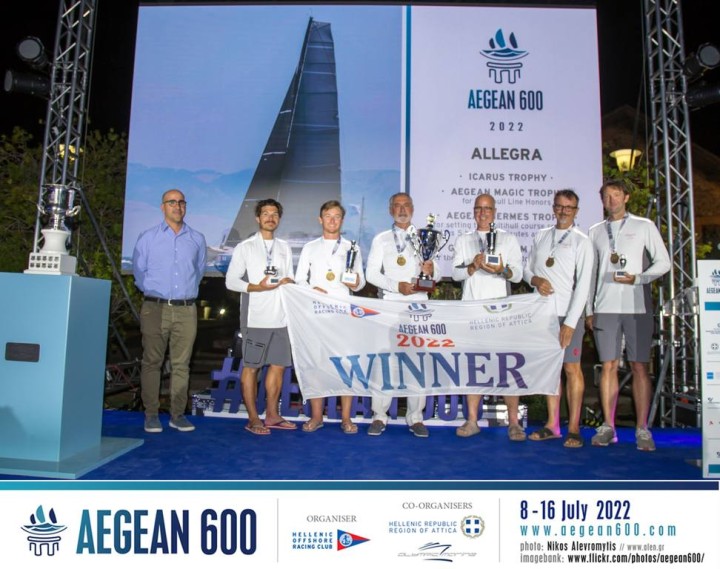 As the first Greek team to finish the race, the Cape Sounion Trophy was awarded to Vassilis Priftis’s Hanse 508 PHAEDRA (GRE - shown below), who also won the Aegean Sun Trophy for being the top Greek boat in ORC scoring and were winners of the ORC 2 and IRC 2 Classes. 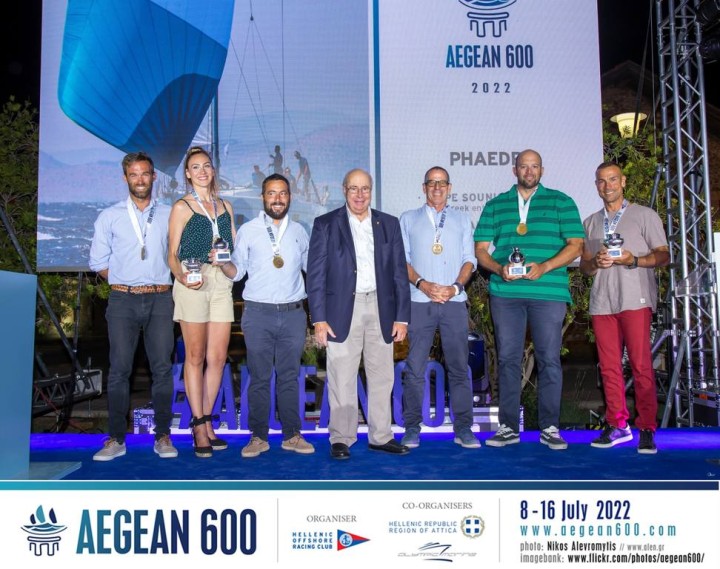 The two Double Handed boats that finished the race also received awards: co-skippers Andrzej Rozycki and Pavel Tryzna on their JPK 10.30 PNEUMA (POL - shown below) won the ORC and IRC DH division and were awarded the Thisseas Story Trophy, while the 6.5-meter Mini-Transat DH entry KALLISTI (GRE) was given distinction for being the smallest boat to finish the race, having crossed the finish line on Saturday at 04:33:56. 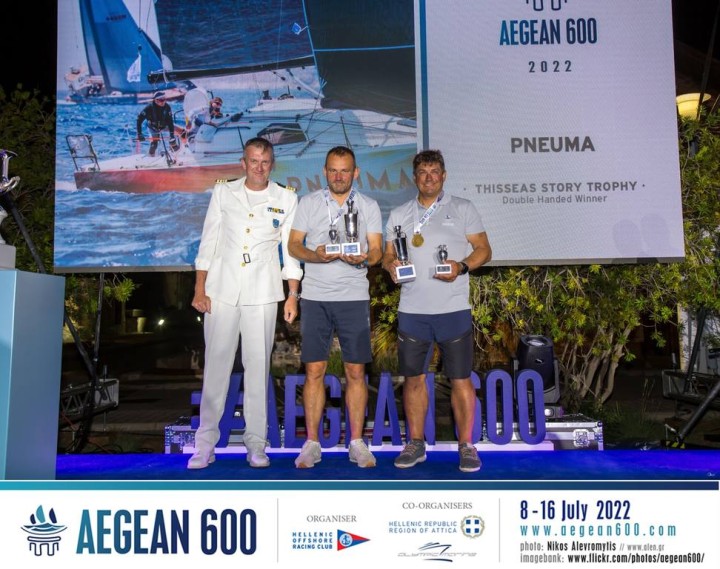 Even those who were not on stage expressed admiration for this edition of the race.

“I recommend this race to all who want sunny skies, clear nights, island scenery and a healthy dose of seamanship,” said Kent King skipper of the Holland 68 FOUR SEASONS IV (AUS). Team member Phil West said “I’ve done 40 Hobart races, and while this is a very different race, this was every bit the same level of challenge.”

FOUR SEASONS got hit with gusts over 50 knots in the channel at Mykonos, and having ripped their mainsail and sailing with a trysail, opted to pull off the race track by finding a lee behind a small island, anchored, made repairs on the sails by sewing them back together (they only had a few meters of stick-back tape), and then re-joined the race to finish at 2:53:28 Saturday morning.

“In all, this was a tremendous race with all elements of offshore sailing,” said Ioannis Maragkoudakis, Commodore of HORC. “This was the complete spectrum of wind speeds and directions testing seamanship skills, navigational abilities tested to get around and through the islands, and tremendous Greek hospitality extended throughout by all the hosts and sponsors to produce happy sailors.”

This edition of the AEGEAN 600 was indeed smiled on by Poseidon. 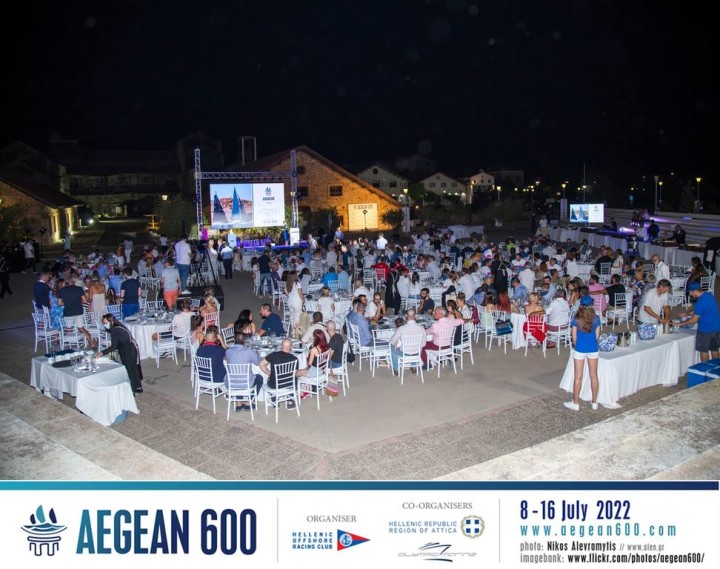 Daily race analysis videos with SEAHORSE Magazine’s Dobbs Davis provide additional insight on the race based on weather patterns and position data of the fleet from YB trackers. They are available linked from the event website at www.aegean600.com.

The link for the YB tracker system is at https://aegean600.com/tracking.

Final results are available on the Official Noticeboard at https://aegean600.com/noticeboard.

The AEGEAN 600 is organized by the Hellenic Offshore Racing Club (HORC) and co-organized with Region of Attica and Olympic Marine. 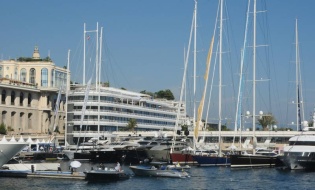 The 10 Best Features of the Exclusive Monaco Yacht…