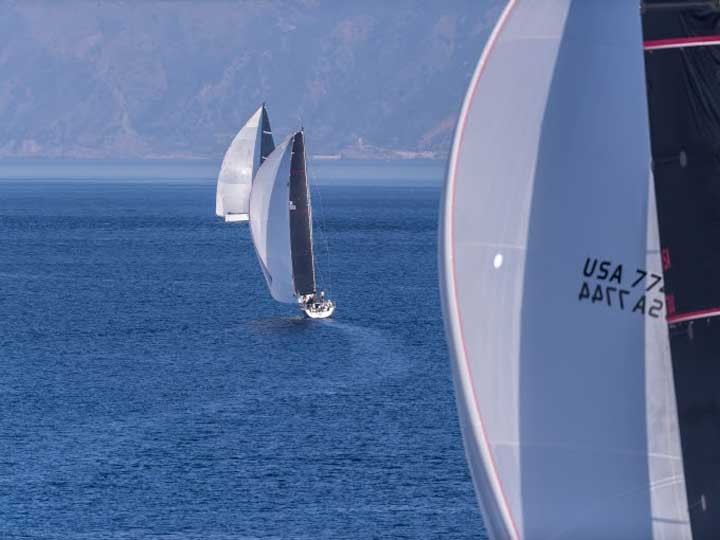 The Rolex Middle Sea Race is one of the world’s most compelling and challenging offshore races.

Maltese yacht Elusive 2, skippered by the Podesta family, and the American Maxi Rambler, owned by the record-breaking George David, took the plaudits in an edition that required steadfast persistence and patience in conditions that veered from the mentally sapping benign to the physically punishing malign. Organised by the Royal Malta Yacht Club (RMYC), the Rolex Middle Sea Race is a captivating platform which demonstrates the appeal and demands of offshore sailing, a discipline with which Rolex has been proudly associated throughout the past five decades. 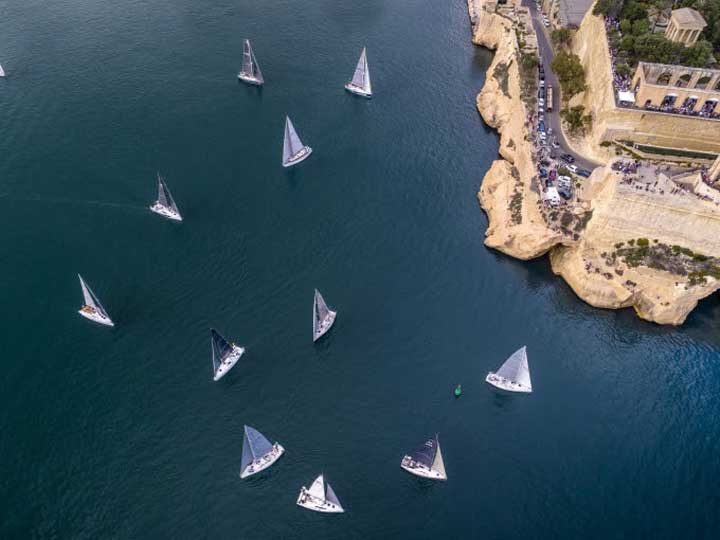 The Podesta family have been part of the fabric of the race since its beginnings in 1968. Arthur Podesta was one of the sailors on Josian, winner of the very first edition. As a crew member, Podesta would again experience success in 1970 and 1983, before becoming Commodore of the RMYC in the 1990s. When he passed away in 2015, Podesta had competed in all 35 races held to that point.

Embarking on race campaigns as skipper of his own yacht from 2002, he made the point of including his then teenage children – Maya, Aaron and Christoph – in the crew. All three have inherited their father’s passion and maintain the tradition of a Podesta always being on the start line of the Rolex Middle Sea Race. The trio have honed their skills and experiences year on year, frequently winning their class, often claiming top ten finishes, but never quite reaching the top, until this year. 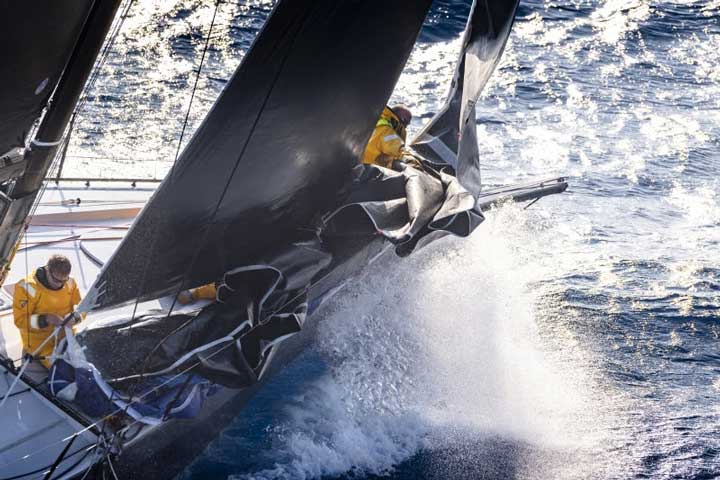 “Preparations for next year always start immediately after the present race has finished,” admits Christoph Podesta who, despite the crew’s detailed and rigorous preparation, was pessimistic ahead of this year’s race. “The first half was going to be downwind and light which doesn’t suit us. Our goal was to keep ourselves in the right position until we rounded Favignana.” This they did with aplomb. Once the wind strength intensified at the northwest corner of Sicily, Elusive 2 made the most of the upwind sailing to the finish, prevailing in the face of a seriously testing and uncomfortable sea state. Confirmation that the Podestas and their crew fully deserved their success is evident throughout, but perhaps the need to overcome defending champion Courrier Recommandé, which finished second overall, is the clearest affirmation. “The name Elusive has been associated with the race for 18 years and it is an unbelievable achievement to win against the best,” remarked Aaron Podesta.

The 606-nautical mile race is the focus of the all-Corinthian, predominantly Maltese crew’s annual yacht racing calendar. The victory was born of intricate knowledge of a complex racecourse, built over many years. It also reflects the legacy of the Podesta children's father, who introduced them to the sport and passed on his enthusiasm. “Deep down it means a lot more than we may ever realise,” said Maya. “What we have done is thanks to him.” 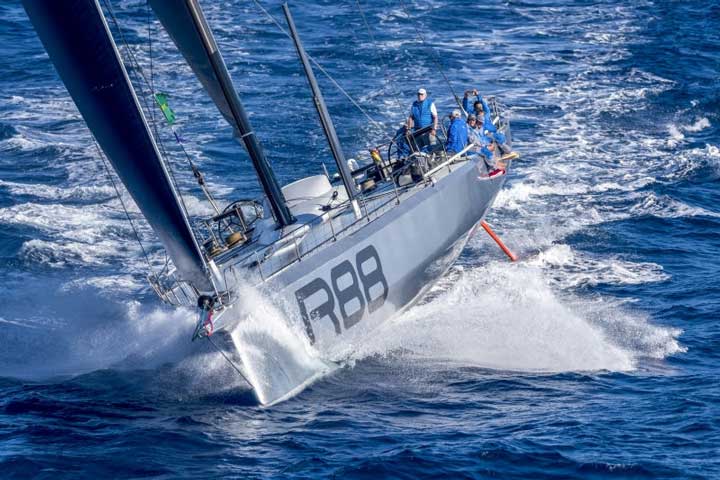 FIVE IN A ROW FOR RAMBLER

Line honours victor in all six of his Rolex Middle Sea Races – including in every one since 2015 – George David’s Rambler, at 27m (88-ft) the largest yacht in the fleet, was the emphatic favourite to finish first. The more tantalising ambition was to beat the race record David had set in 2007 with one of his previous boats.

Rambler had undergone significant optimisation over the past winter to improve performance in lighter wind conditions. The attention to detail was vindicated, when her exceptional crew secured line honours wins at this year’s Rolex Giraglia and Rolex Fastnet Race. The credentials for a record run were in place, if the weather gods were gracious. 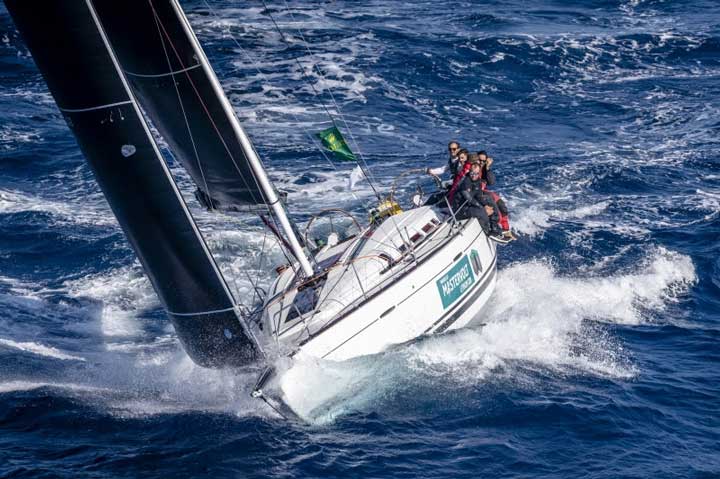 They were not. The first half of the race, north towards the notorious Strait of Messina, on to the volcanic island of Stromboli and, then, to Favignana on the north-west corner of Sicily, was painfully slow. The Rambler crew performed admirably, avoiding wind holes and always moving. Despite a Herculean effort and unrelenting persistence, they were unable to better the race record of 47 hours, 55 minutes and three seconds which stands for another year. “This is a great race,” said David. “It is challenging to keep it all together and we take huge satisfaction in taking line honours for the fifth consecutive time”. 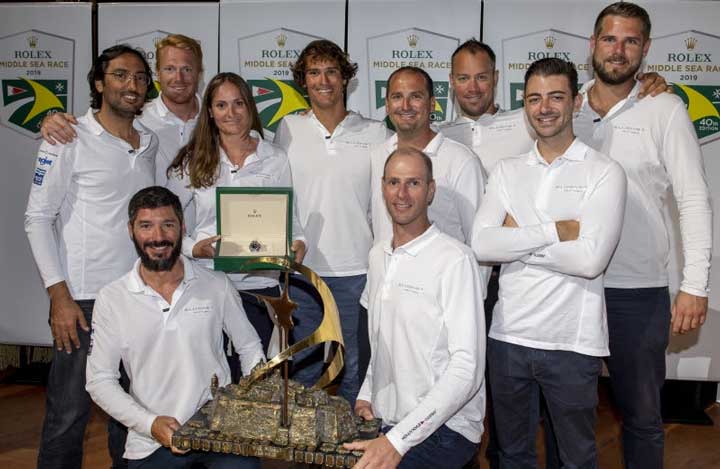 At the final prizegiving, the Podesta siblings and the Elusive 2 crew were awarded the Rolex Middle Sea Race Trophy in acknowledgement of their remarkable achievement. The pursuit of excellence and the perpetual passion for sailing, this great race in particular, makes Elusive 2 a worthy winner.

Supported by Rolex since 2002, this year’s exploits by some of the event’s most emblematic characters will ensure the 40th Rolex Middle Sea Race retains a distinct place in the annals of the race.

A NATURAL AND SUPPORTIVE PARTNER
Rolex has always associated with activities driven by passion, excellence, precision and team spirit. It naturally gravitated towards the elite world of yachting six decades ago and today supports the most prestigious clubs, races and regattas. The brand is Title Sponsor of 15 major international events – from leading offshore races, such as the annual Rolex Sydney Hobart Yacht Race, Rolex Middle Sea Race and the biennial Rolex Fastnet Race, to grand prix competition at the Rolex TP52 World Championship and spectacular gatherings at the Maxi Yacht Rolex Cup and the Rolex Swan Cup. It also supports the exciting new SailGP series, where national teams race in supercharged F50 catamarans on some of the world’s most famous harbours. Rolex’s partnerships with the likes of the Cruising Yacht Club of Australia, Royal Ocean Racing Club, Yacht Club Costa Smeralda, Royal Malta Yacht Club, New York Yacht Club and Royal Yacht Squadron are the foundation of its enduring relationship with this dynamic sport. 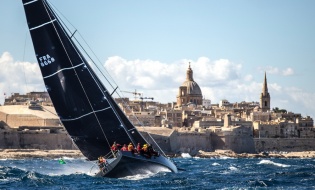 After four days of racing in the Rolex Middle Sea Race, 7 yachts have completed...