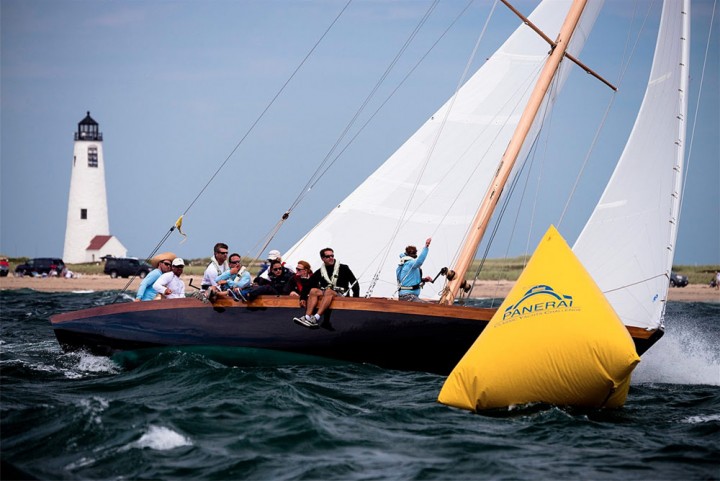 The OHC Regatta will take place on Sunday, August 16th and is the grand finale and one of the most anticipated races of Nantucket Race Week (August 8th – 16th). For the 11th consecutive year Florentine high-end sports watchmaker Officine Panerai remains the world’s leading organizer of classic yachting events, with nine planned in 2015 across the world’s most beautiful and tradition-rich waters.

As of a week before the starting gun, the 2015 Opera House Cup has an impressive list of nearly 50 registrants including AMORITA, a 1905 NY-30 that has been newly restored and will once again sail in Nantucket waters as a competitor in the Vintage Corinthian Class. Other Corinthian yachts and Vintage Day Racers such as ANGELITA, GYRE and ADAMANT will sail alongside much larger Grand Prix yachts such as WEATHERLY and COLUMBIA. General Patton’s 1939 schooner WHEN AND IF will also sail in the OHC for the first time in many years, joining other Vintage Grand Classics including TICONDEROGA, JUNO, and SPARTAN. THE BLUE PETER, a 65’ Mylne-designed sloop launched in 1930, made the transatlantic crossing from Cannes to also join in the NA Circuit competition in the Vintage Grand Classic class for the first time.

The Opera House Cup has a rich history dating back to 1973, when the owner and manager of the Opera House Restaurant had the idea of creating a regatta for classic single-hulled wooden sailboats for Nantucket’s sailing enthusiasts. Since then, each year on the third Sunday of August some of the world’s most beautifully crafted sailboats have gathered in Nantucket Harbor for the OHC Regatta. The Regatta is now a cornerstone of Nantucket Race Week, a compilation of nine days of regattas, award ceremonies and gatherings hosted by Nantucket Yacht Club and Great Harbor Yacht Club. All proceeds of the week’s events benefit the educational non-profit Nantucket Community Sailing, which is the organizing authority of the Opera House Cup.

The union between Panerai and the sea dates back to the beginning of the last century, when the Italian Navy turned to the Florentine company to supply watches and precision instruments for its specialized underwater corps. In honor of the Brand’s historic nautical links and shared values of the beauty, design, craftsmanship and excellence associated with classic yachting, Panerai continues this reverent relationship with the sea through the Panerai Classic Yachts Challenge. 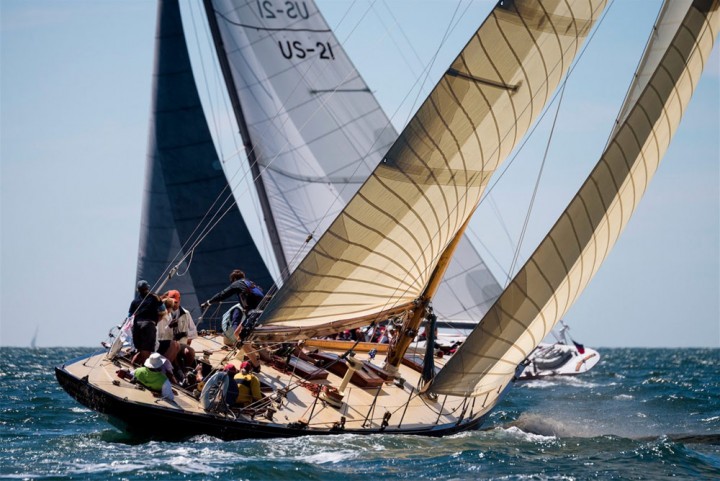 Onshore on Saturday evening, spectators will have the chance to admire the beautiful classic yachts racing in the OHC up close as they will be docked for a side by side exhibition at the Boat Basin where they will proudly fly the recognizable Panerai blue and white flags. The Panerai Hospitality Lounge, based on the harbor along the docks of the Nantucket Yacht Club, will be open to competitors throughout Opera House Cup weekend and will provide competing crews with Italian refreshments where they can enjoy seeing a display of the Italian brand’s nautical timepieces and instruments, and view videos of the competition. Additionally, Panerai will host Cappuccino with the Captains in the Panerai Hospitality Lounge on Sunday morning at 8:30 a.m. The event will allow sailing enthusiasts from around the island to meet and chat with participating regatta captains and crew before the competitors head out to their vessels for a day of spirited racing.

As has become a tradition with each of the Panerai regattas hosted in New England, Panerai will partner with the Massachusetts non-profit sailing organization they founded in 2011, Sailing Heals , to take cancer patients and their caregivers from Nantucket Community Hospital and PASCON (Palliative & Supportive Care of Nantucket) out on the water for a day of healing and respite. This year’s sail will be hosted on Monday, August 17th and will commence with a seaside lunch for more than 20 Sailing Heals’ and Panerai’s VIP guests followed by sails on the well-loved GALAVANT, WILD HORSES and THE BLUE PETER.

To date, with the help of Panerai and Sailing Heals’ volunteer Host Captains, Sailing Heals has taken more than 1,500 patients and their caregivers out for healings sails from 20 ports of call and seven states nationwide. Sailing Heals’ mission is to provide unique sailing and boating experiences to individuals, families, and caregivers who may be experiencing a health setback or loss and can benefit from a peaceful day on the water.

Following the Opera House Cup, the 2015 North American Circuit will move to its final destination of Newport, RI for the Museum of Yachting Classic Yacht Regatta over Labor Day Weekend (September 5th - 6th). The Best Overall Winners of each division will be announced after two days of racing competition in and around Narragansett Bay, along with the Best Overall winners of the 2015 PCYC North American Circuit. 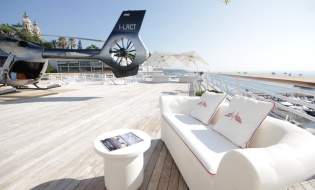 Set in the iconic Port Hercules of the Principality of Monaco since 1991, the MYS...