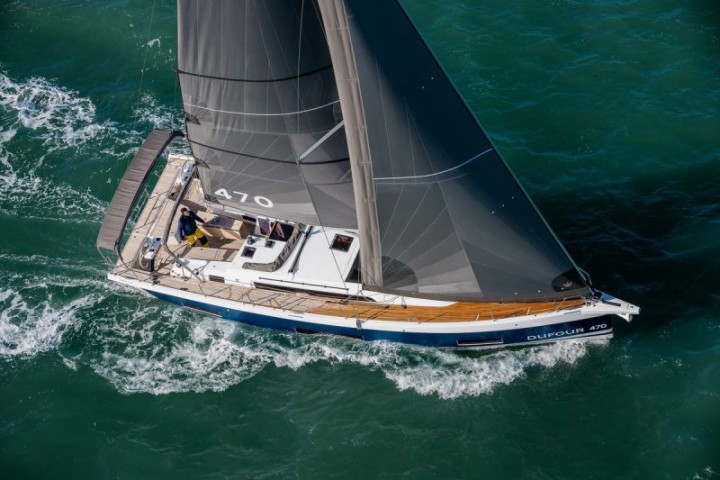 The Rochelais shipyard Dufour, present at the Paris Boat Show, will introduce the latest model in its range, the Dufour 32, the perfect small cruiser for beautiful sailing with friends or family. 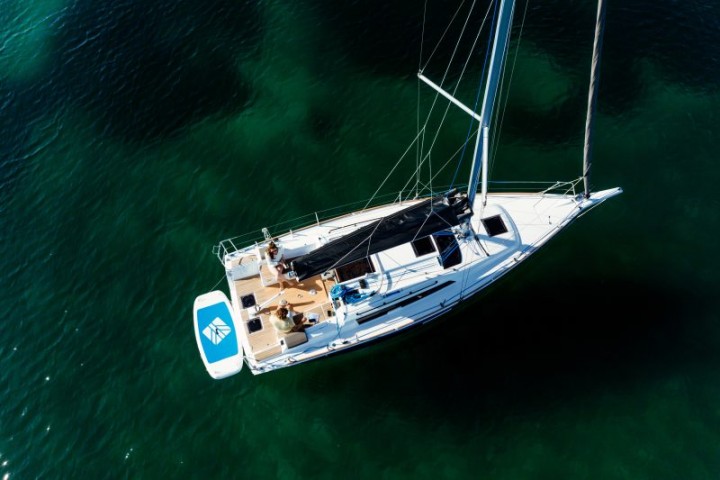 An accessible cruiser yacht from an iconic brand

The Dufour 32, a judicious concept of modernity, ergonomics and modularity for access and pleasure while sailing. 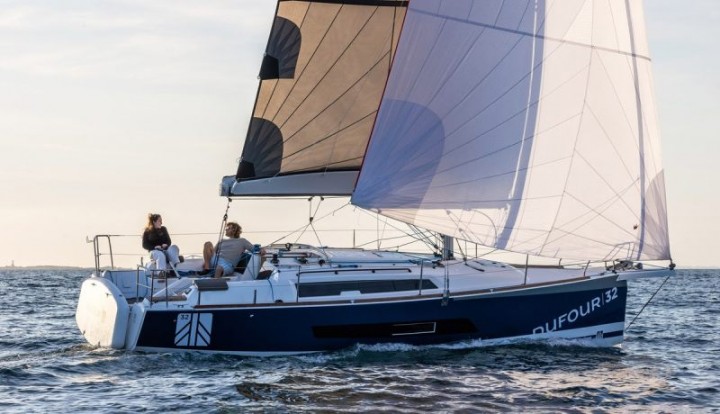 The Dufour 32 has been developed in the same spirit as all the latest models in the Dufour range, to be a sporty, innovative yacht that is easy to handle, both with a crew and single-handed. Like her predecessor, she offers excellent seakeeping performance. All the spaces have been completely redesigned to create a volume rarely seen on a yacht of this size and, above all, a multitude of playful and intelligent uses. 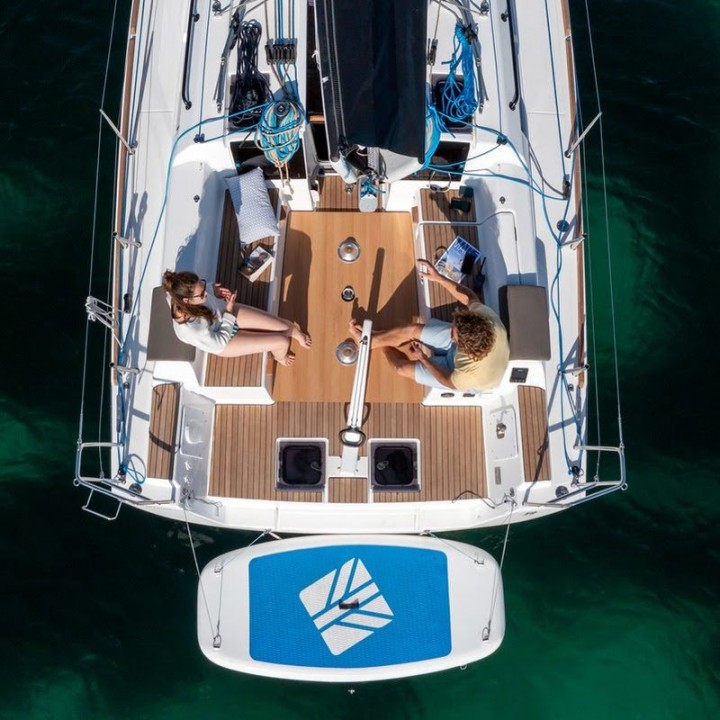 Launched at the beginning of 2021, the Dufour 470 continues her international tour and will be present at the Paris Boat Show. This new model, with her versatility and performance, have already won over many owners. 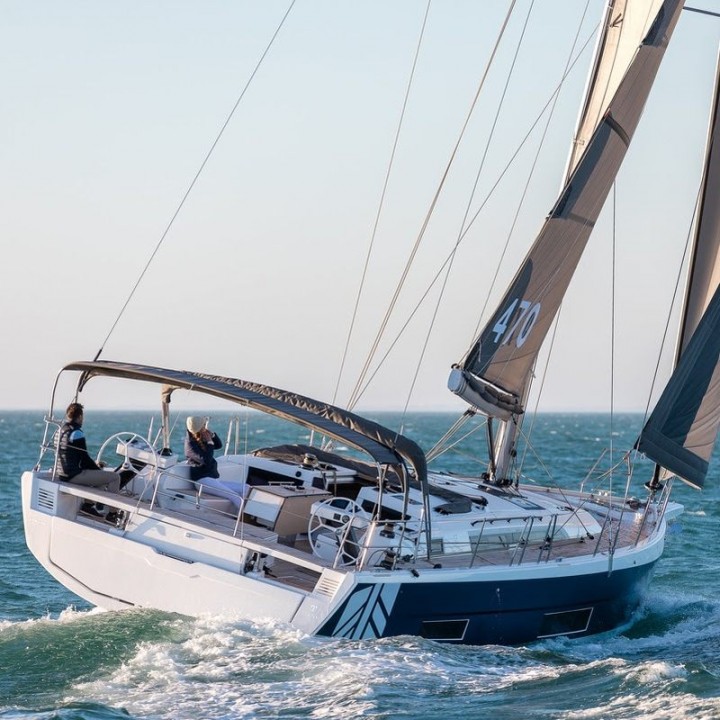 Innovative and in line with the new dynamics of the shipyard

The Dufour 470 symbolises the renewal of the brand, in particular with a 4-cabin layout that so far did not exist on the market. She is also innovative through her design and her racy, “powerful” aspect, which it totally embraces. The Dufour 470 demonstrates the shipyard’s determination to always offer innovations while drawing inspiration from Dufour’s long history and expertise. 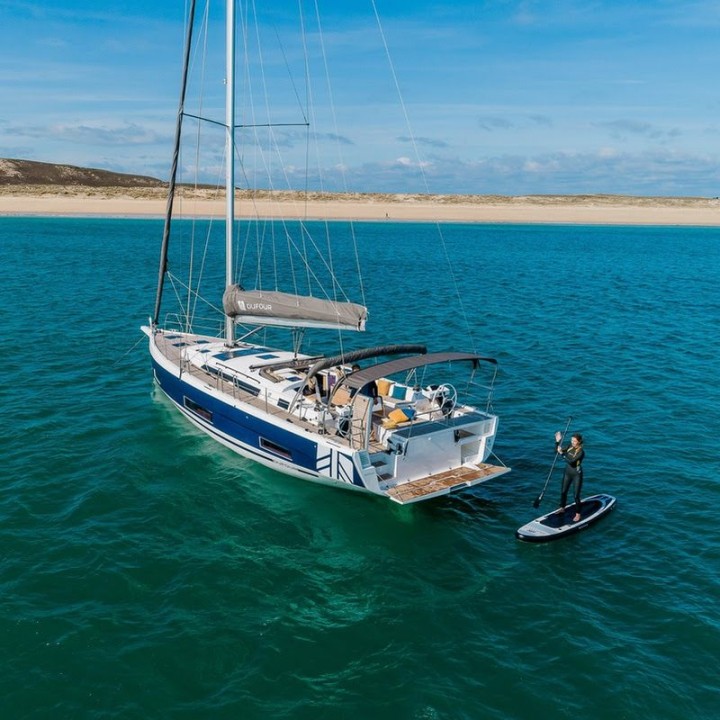 She also symbolises the brand’s revival, which has already begun with the Dufour 530, and she benefits from our shipyard’s DNA while offering a touch of modernity. The Dufour 470 integrates all the essential elements of the brand: a cockpit that is entirely closed, telescopic davits, or a large bathing platform. Everything is done for the owner to feel at ease; the engine compartment has also been loaded with innovations. 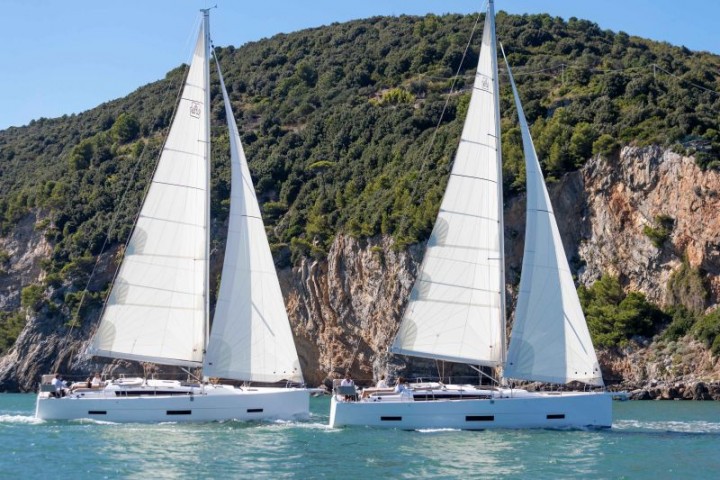 Two iconic models being presented at the Paris Boat Show: