It is true then? The rumor was spread in the last few months...

As essential partners since 2002, the shipyard could not go further without the talented Umberto Felci and Lorenzo Giovannozzi to draw the lines of the first Dufour Catamarans.Popular for their technical and visionary skills, they have been able to design a modern, elegant and innovative project, in line with the distinctive symbols of the Dufour Touch.

“We have developed an innovative catamaran in line with the Dufour Yachts philosophy on which we have been working over the last few years. The Dufour 48 keeps the codes of the Dufour identity, specificaly with the hull lines and their inserts, the porthole shapes and the clean deck plan.”

The choice of rig with self-tacking jib In order to ensure maximum safety and easy handling, the mast was pulled back on the center line of the boat in order to ballance the weights and limit tensions on the mainsail. The front sails are larger and offer new possibilities, especialy the use of a self-tacking jib, with a sail area comparable to a genoa.

The Dufour Catamaran 48 totalize 124 m2 of sail area upwind, with 76 m2 of mainsail and 48 m2 of jib, a combination that makes it easy to control in any situation even while short handed. In addition, the inclined boom, that is well appreciated on the Dufour monohulls, facilitates to lower the main sail and secures the crew on the flybridge. The fixed bowsprit, proposed as an option, will support a code 0 or a gennaker.

The Dufour Catamarans 48 project has benefited from high-technology research and ressources, notably the CFD analysis, which revealed great hydrodynamic qualities. The entire structure has been analysed and validated by the finite element method (FEM) in every close detail.

The flybridge by Dufour

The Dufour Catamarans 48 flybridge is a key element of this project. Designed as a second cockpit, it expands considerably the living space outside. Traffic is ideal with an access from two stairs - through the cockpit from starboard, and the sidedecks from port. It is equipped with a low table and surrounded by large seats and a wide sunbathing area. It also features the helm station...

Located on the flybridge, the helm station offers an absolute advantage in terms of visibility. The large console inspired by superyachts, integrates all the equipments in a very ergonomic layout.The three winches to manage the mainsail, the jib and the gennaker are at arm reach. The helmsman also benefits from an adjustable seat and a bimini, available in both canvas or solid material.

Balance between inside and ouside space

The Dufour Catamarans 48 presents a balanced space ratio with the deck plan, the cockpit space, roof and foredeck divided into 1/3 of the total length.

The proportion of the roof differs from the models of the category and make imagine a very wide space in the living room area. Indeed, this is a testimony of a balanced project in terms of exterior and interior space, developed to offer the greatest comfort in all seasons.

At the front, there are two oustanding sunbathing areas, separated by a large storage box and the anchorchest. The sidedecks are spacious, and secured by hull bulwarks along the entire length. At the cockpit level, there are two steps, one on the port side and one on the starboard side, offering the access to the flybridge.

The cockpit space of the Dufour Catamarans 48 can be compared to a 50 feet boat or bigger. Indeed, the 8 meter width provides excellent space distribution and ideal traffic on board. It includes a large table for 8 people, multiple bathing and relaxing areas, as well as the famous integrated barbecue created by Dufour Yachts. The various portholes provide an incredible natural light in the aft cabins.

The large window door opens completely for full communication with the lounge area. Standard davits or hydraulic platform ? Two options are available for dinghy lifting. Fully integrated into the hull and deck structure, both systems guarantee to support weights up to 450kg*.

360° inspiration
The Dufour Catamarans 48 has been designed to satisfy the requirements of both owners and charters wishing to live on board throughout the year. Offering a large living saloon was essential and the result is perfectly achieved. The kitchen connected to the cockpit, is fully equipped and ergonomic with its numerous storage spaces. At the front, there is the office space - chart table, equipped with a repeater screen and an autopilot control with joystick, to pilot the boat from the inside.

The sofa - dining space, can be modulated in 3 positions - low table, dining table - double bed, with the seats smartly stored in the central furniture to keep the space clear when needed. The wide 360° window facing the sea provides plenty of natural light. The storage modules are various and well designed, as shown by the large console with drawers, ready to fit everything you need.

The Owner’s suite Occupying the entire port hull, the owner’s suite will seduce at first sight. The cabin is equipped with a 200cm x 1.70cm bed, which is particularly bright and ventilated thanks to its numerous opening portholes. It also includes a large office area with sea view and convenient high closets and drawers.

Ladies will be delighted by the huge dressing room and the large sofa. The head is in line with the highest standards, with a countertop washbasin on Corian worktops, a luminous furniture and a large separate shower. Guest cabins with independant access The Dufour Catamarans 48 presents an extraordinary configuration to access the guest cabins.

To guarantee the maximum privacy of each space, the main choice was to bring a multiple access solution to reach the floats - double stairs to port, and a third stair to starboard. Thus, all the cabins have a totally separate access and remain accessible from the lounge.

Each cabin includes its own bathroom with separate shower, as well as many closets and storage furnitures. Ventilation and brightness are also ideally suited.

Service room
In line with the functionalities of a large yacht, the service room of the Dufour Catamarans 48 brings a huge extra value.
Available in 3 and 4 cabins layouts, it can be used as an extra kitchen, storage area, laundry room and many other possibilities according to your needs.

The skipper cabin Available in every available layout, it is both functional and comfortable. The skipper has a 190cm x 115cm bed, and an integrated head with shower and toilets. The main access is through a hatch on front deck, but an access door to the float remains available if necessary. 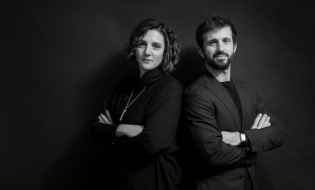 In the ranking of the Top 50 Italian architecture and design firms drawn up annually... 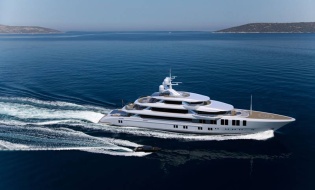