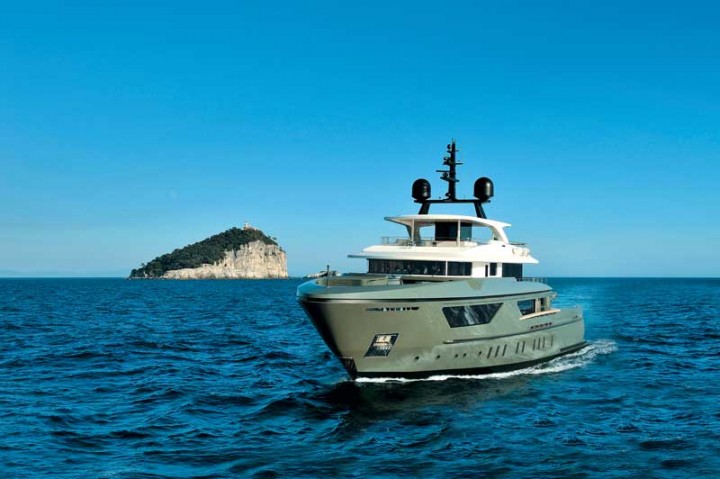 Sanlorenzo's first Explorer, Moka, unveiled at the past Monaco Yacht Show 2015, has just successfully concluded her maiden voyage: a transatlantic ocean journey that brought her to American shores where she was met by her Owner.

Following extensive research in the field of Explorers or Exploration Vessels as they are known across the pond - a type of yacht gaining popularity amongst owners looking to travel to remote and otherwise inaccessible locations - Sanlorenzo has developed, sold and built the 460 Explorer. Her steel displacement hull and aluminum superstructure come together to create an impressive volume of 460 gross tons for an overall length of only 42.8 meters. She expands over five decks and, as with every Sanlorenzo since 1958, has been built to the most exacting quality standards and tailor made to her Owner's specific requests.

The 460 Exp's exterior lines are imposing and recall the design of exploration vessels reaching the far corners of the globe. Keeping with the Explorer philosophy, the superstructure is located further forward than on conventional yachts, leaving an ample aft deck capable of carrying a tender of dimensions far exceeding what one would expect on a yacht this size. In addition to the main tender, the aft deck can host a collection of water and land toys allowing guests and crew to explore the visited areas. Once at anchor and free of equipment, the aft deck becomes a wide solarium complemented by a large swimming pool with counter current swimming capability. Following hull number one, Moka, to this day four additional units of the 460 exp have been sold and are currently under construction.

Moka's layout, as requested by her owner, consists of five cabins and a gym on the lower deck, a vast Owner suite on the main deck and two salons on the main and upper deck respectively. Areas dedicated to crew and service are more generous than what can be found on similarly sized yachts. Being designed for long range cruising, 460Exp has an increased autonomy; her CAT C32 Acert develop 970kW (1,319mhp) and allow her to cover over 4,000 miles at an economic speed of 11 knots. 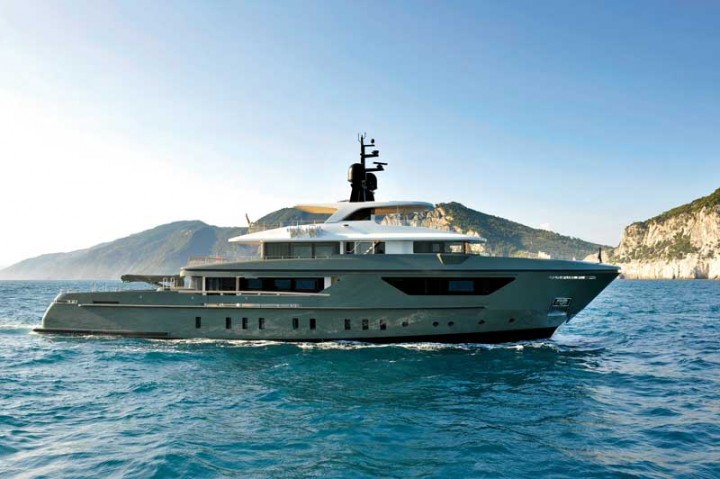 CROSSING THE ATLANTIC
Confident in their new vessel's ability to satisfy the above performance following the yacht's launch and extensive testing - to which her new crew participated together with the Owner's technical consultants - the Owner did not hesitate to attempt a winter Atlantic crossing as a maiden voyage in order to enjoy the new 460Exp in the warmer Caribbean climate. This challenge was welcomed by the Owner who wish to put his new yacht's exploring credentials to the test. A rather unusal decision when considering a new crew with only a few weeks to prepare and a yacht that, despite being studied, built and tested to the best levels of the industry, remains nevertheless a prototype.

Usually similarily sized yachts are loaded on one of the many ships that transport yachts to every corner of the ocean. This is due to their lower range and the fact that they are not considered adequate for an ocean crossing, or simply as a matter of convenience. On the other hand, Sanlorenzo 460Exp boasts a transatlantic range as well as the necessary reliability and seaworthiness allowing her to cross the Atlantic on her own bottom. In fact, it was to attempt such challenging crossings that she was developed and built.
Only a few hours following the delivery celebrations, Moka departs for her maiden voyage:

The hull, equipment and machinery have not been affected in the least by the long navigation and unrelenting sea.