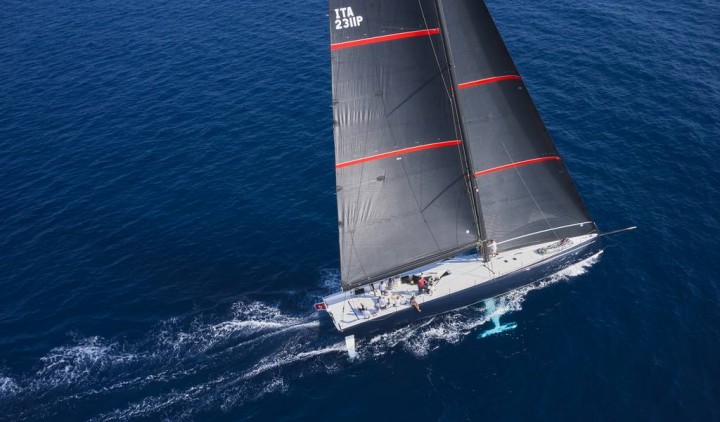 There is a new player in the world of high-performance one-design racing, and the ClubSwan 80 is set to make an immediate and profound impression on planet sailing when she makes her competitive debut at the Maxi Yacht Rolex Cup in Porto Cervo, Sardinia.

Intended to be competitive at the top level of professional regatta racing the ClubSwan 80 clearly possesses the Swan racing DNA coming complete with twin rudders, canting keel, rotating canard and retractable bowsprit, while the interior offers the prospect of a 'second life' as a fast sports cruising yacht.

The ClubSwan 80 is a further milestone in the development of the overall Nautor Swan range and completes the ClubSwan Yachts one-design range alongside the hi-tech ClubSwan 36, the ground-breaking ClubSwan 50, and the super-Maxi ClubSwan 125. 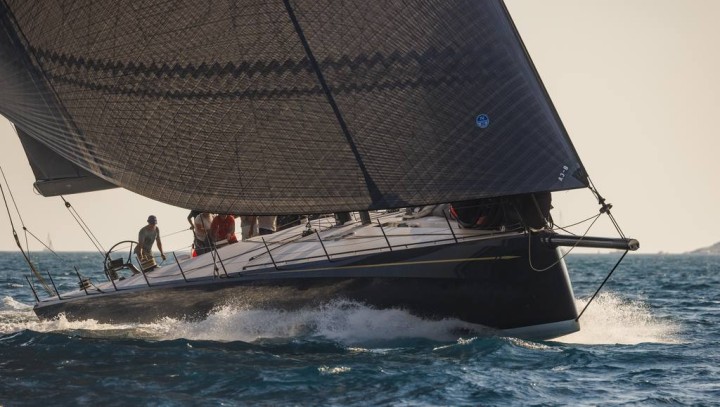 A vision of one-design racing brought to life

Since taking the helm at Nautor Swan in 1998 Leonardo Ferragamo has consistently championed real-time one-design racing alongside handicap racing and commissioned a growing range of one-design yachts which have remained true to Swan's heritage and values of quality, elegance and reliability, while introducing market leading innovations and performance.

The first in the one-design portfolio was the Swan 45, followed by the ClubSwan 42 and – marking Swan's 50th anniversary in 2016 – the ClubSwan 50. The technologically advanced and the foil assisted ClubSwan 36 hit the water in 2019, with Nautor Swan’s largest-ever yacht the super-Maxi ClubSwan 125 making her debut in 2021. The ClubSwan 80 neatly fills in the gap between the 50 and 125.

“We have always believed that Nautor Swan had a central role to play in the promotion and development of one-design yachts and racing,” said Ferragamo.

"While the performance-cruisers in the Swan Yachts line remain at the very heart of what Nautor Swan is and always has been about, ClubSwan is bringing a new generation to sailing attracted by the fun and level racing that is possible with one-design.

“Owners appreciate that one-design racing is exciting and cost-effective, with yachts better maintaining their value, while crews know their skill and abilities can make the difference out on the water,” he added. 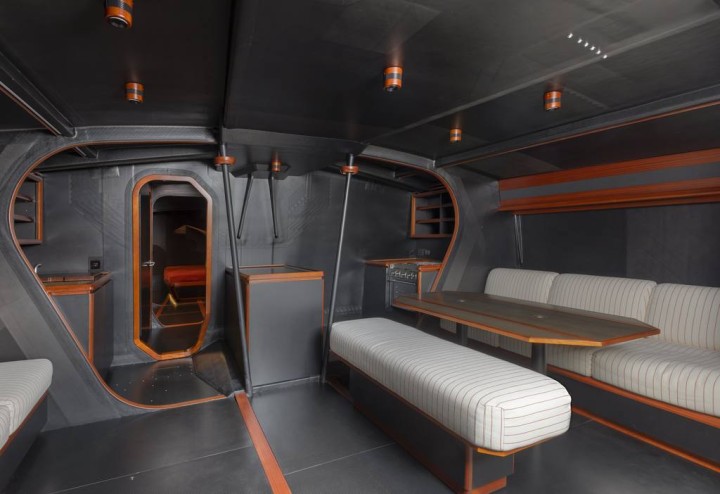 ClubSwan was set up in 1999 and has evolved since then with, for example, the launch of The Nations League in 2017 which has restored friendly competition between nations to the world of sailing. A dedicated professional race management team plans and delivers the range of events and regattas.

In addition, one-design rules have been introduced aimed at fostering the friendly competitive spirit that remains the hallmark of Swan racing. These include a strict owner-driver requirement, a restriction on the number of professional sailors allowed, and a limit on annual sail replacements.

Ferragamo added: “Swan has always had a fantastic tradition and reputation, so we have simply sought to develop the interaction with our customers, offering Swan owners more services, privileges, and racing opportunities.

“The ClubSwan 80 is another important and unique milestone along that road, another step on the Swan journey.” 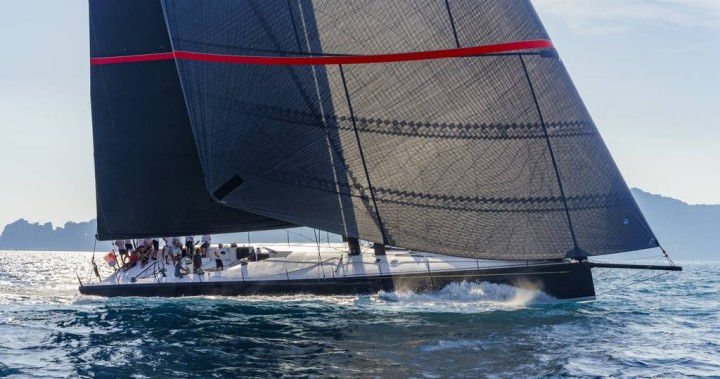 Responding to the diverse needs of Swan owners

Nautor Swan has always celebrated its ability to offer a diverse range of yachts to its customers, all of which embody the values of innovation, technology, style, and competitive sailing potential.

This has enabled the company to both anticipate and respond to the changing needs of a vibrant market and the lifestyle choices of customers.

“The ClubSwan 80 is a new chapter in an ongoing story,” said Giovanni Pomati, Nautor Group's CEO. “As part of the ClubSwan range she is a Maxi designed as a pure racer with high-performance built in as standard.

“At the same time the ClubSwan 80 offers the possibility of adding comfort, so owners can opt for racing or cruising to meet the needs of the moment. It is a bold and innovative solution which offers a diversity of choice. Evolution has always been part of Nautor Swan's DNA.”

Construction of the ClubSwan 80 was entrusted to strategic partner Persico Marine, the international boatyard based in Nembro, Italy, renowned worldwide for its expertise in building high-performance yachts.

"We could not have asked for a more collaborative and successful relationship than we achieved with Persico Marine," said Pomati. “It has been a privilege and a pleasure.” 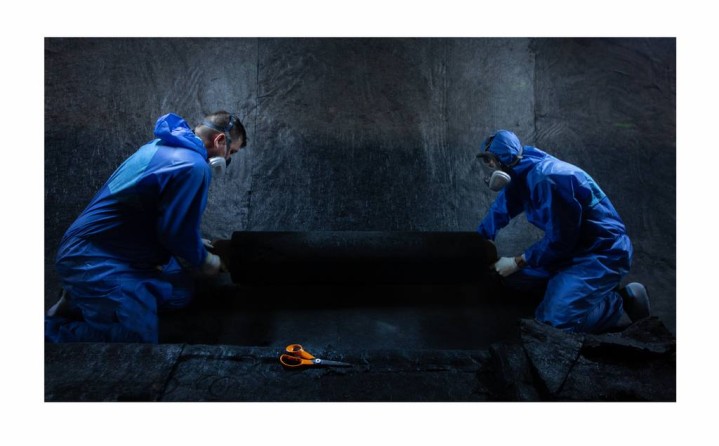 Strategic partner able to meet all specifications, and more

As a strategic partner Persico Marine was the perfect choice to provide the high-tech expertise to deliver the ClubSwan 80 to the required standard, with the Nembro shipyard able to draw on its experience producing IMOCA 60s, Volvo Ocean 65s, America's Cup yachts and foil arms for the whole AC fleet, among a wide range of high-profile projects.

“We are very proud to be involved. It was a good environment from the beginning of the project when we developed it along with Enrico Chieffi, Juan K, and members of the customer team,” said Marcello Persico, CEO of Persico Marine. “Being part of the development and building this kind of high-performance racing boat is in our DNA.”

The carbon hull and deck were engineered and laminated by robotic equipment normally used in the aerospace industry for the construction of wings and fuselage, a first in the marine industry said Persico.

“It was an interesting step forward with several benefits,” he added. “One is productivity, the second is the quality of the boat for the customer. When you laminate carbon manually it can vary, but in this case, it is a controlled certified process, so you know what you are going to get, it is top quality.” 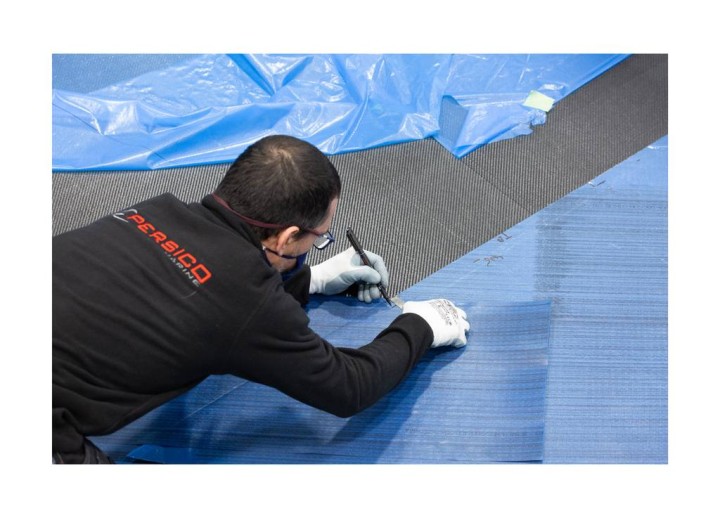 Persico Marine is also a good fit with Nautor Swan’s drive for sustainability and recycling, with leftover carbon and fibre processed by a partner company to remove resin, so the materials can be used again.

The interior is designed as a minimalist but stylish space featuring exposed carbon fibre, wafer-thin mahogany and carefully designed – and at 4.5kg lightweight – lighting. Only the saloon seating is integral to the structure, with all other components able to be removed for racing.

“Inside there is the touch of luxury,” said Persico, “but I don't want to call it a superyacht as it's not. It is a unique product, and it has been great to have been part of the process. It has been exciting.”

Meeting the brief for a racing rocket ship

The ClubSwan 80 was conceived from the beginning to be a very fast, high-performance yacht, offering one-design racing at the highest level.

“This is something very unique in the sailing world,” said Enrico Chieffi, Nautor Group Senior Advisor, and senior project manager for the ClubSwan 80 build, “the creation of a class of identical Maxi yachts.”

“The birth of the ClubSwan 80 was inspired by two factors – firstly that the Nautor Swan range can accommodate such a yacht, and secondly that there is an existing regatta calendar that is lacking a one-design yacht like this.

“We believe this is the time to move forward and make it a reality. It is a challenge, but it is an exciting prospect that we have embraced.”

The ClubSwan 80 has been optimised for racing on short inshore racecourses and in light to medium wind strengths. The canting keel has a draft of 4.75m, which provides an imaginative compromise between the performance advantage of a deep keel, while allowing access to harbours and ports. The rotating canard improves upwind performance in light winds, and tacking ability in the tight tactical situations common in fleet racing.

“The performance is built-in, and you can't buy more within the one-design plan,” adds Chieffi. “What can be added is additional comfort when and if desired for sports cruising.” 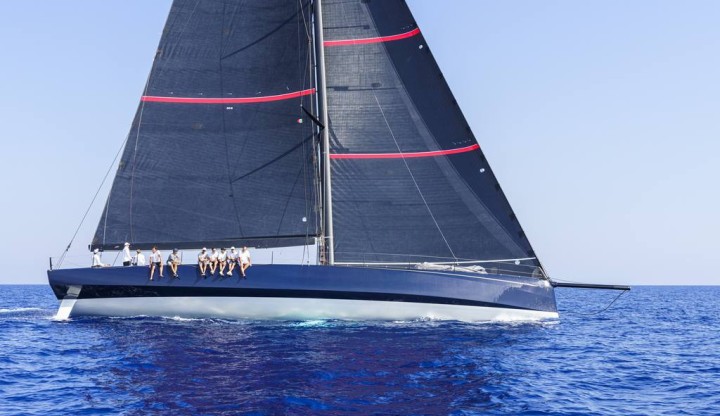 Delivering the need for speed in style

When the decision was made to proceed with the ClubSwan 80 the design brief was given to Juan Kouyoumdjian, an unsurprising move as the innovative Argentinian was responsible for the design of the three existing ClubSwan yachts among a striking portfolio.

In common with the ClubSwan 36 the 24m ClubSwan 80 features twin rudders, providing full control for owner-drivers on the racetrack. The yacht's power is a direct result of the canting keel and rotating canard, combined with the high-modulus carbon mast and boom which provide 440m2 of upwind sail area generating 12 to 13 knots of boat speed when close-hauled.

“We are all very excited by the arrival of a new member of the ClubSwan yacht family,” said Juan K, as he is widely known.

“There was a lot of conversation regarding the compromises, a lot of discussion quantifying the impact of different requirements. The key with the ClubSwan 80 is that it is an intelligent compromise. Most boats play with the concepts of performance on one side and comfort on the other. What is different with this project is that, to the best of our ability, they have been quantified so clients can make intelligent choices on what they do and don't want.”

And he added: “As to the features on the boat I am obviously very biased, but what I think is interesting about this project is that without compromising performance – and the boat is pretty quick, and she will show that in Sardinia – we have asked the question "what is cruising"?

“And if we have answered that correctly then the impact on performance is so much less, and that is a statement on its own.” 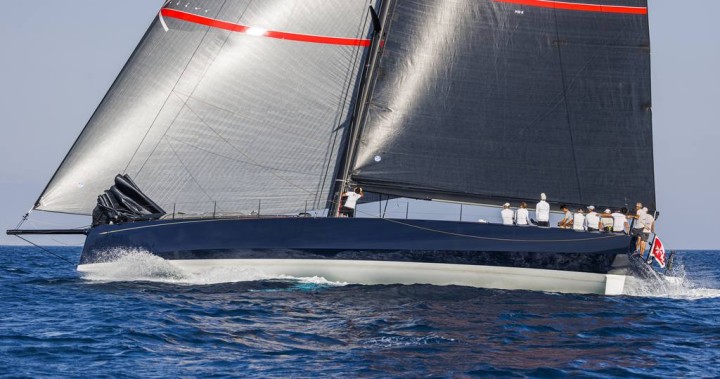 Creating a thing of beauty – inside and out

Front and centre of the interior design brief for the ClubSwan 80 was the understanding that it was first and foremost a fast racing yacht. However, alongside that knowledge was the need to think to the future.

Nauta Design has a long relationship with the owner of the ClubSwan 80, but it marks the first occasion they have worked with Nautor Swan.

Designer Mario Pedol, co-founder of Nauta Design with Massimo Gino, explained: “From our point of view we were asked to manage and design the 'second life' of what is a fantastic racing machine. Away from the racecourse there was the need to offer accommodation for sports cruising in comfort, so we created superlight modular components that can be easily installed and removed as required in a range of different moods for owners to choose from.

“We were able to turn technology into an elegant design, and include the basic comforts needed for cruising.” 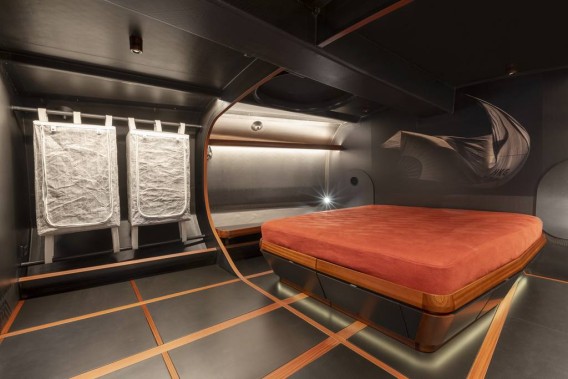 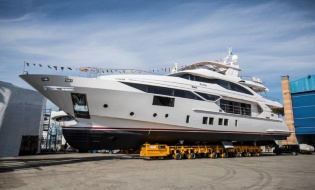 BF105 and BF106 are yachts in the Fast category built in composite materials and carbon... 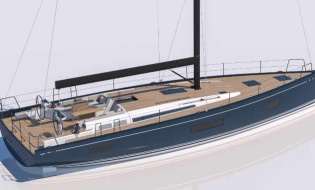 Benefiting from the “First” legacy of 40 years at sea, the eagerly awaited First Yacht...