The NTFM Syra 18 is the first double-handed monohull foiling dinghy.

Since its introduction to the Moth class and subsequent adoption by the America’s Cup and beyond, the imagination of sailors around the world has been captured. To date, take up of foiling boats has been limited. Common perception persists that foiling is demanding technically and carries higher risk than more traditional forms of sailing. All that is about to change with the launch of the NTFM Syra 18 at Foiling Week held in Malcesine on Lake Garda from 10 – 14 July.

The NTFM Syra 18 is the first double-handed monohull foiling dinghy. The design concept hinges on a canting T-foil system and an innovative, hybrid monohull shape. The key principles of the design ensure that the NTFM Syra 18 will be accessible to the widest possible range of sailors and offer the level of exhilaration sought. Simplicity, versatility and stability combined with blistering performance potential. The perfect combination.

The team behind the NTFM Syra 18 have been sailing all their lives and have impeccable credentials. Nils Frei and Yves Detrey are two-time America’s Cup winners with Alinghi, and have competed consistently at the highest level on the D35 and GC32 circuits.

Nils Frei: “I have been addicted to foiling ever since my first flight. There are two aims with the NTFM Syra 18: to offer the best experience of foiling flight to the widest possible range of sailors regardless upon experience and ambition; and, to produce a boat suitable for Olympic competition. We are fortunate to have been supported in our ambitions by our partners Isabelle Rinsoz and Publiaz, both of whom have been real assets.”

Yves Detrey: “When we first hatched the idea, we knew we had to prove the concept before launching in the market-place and to make sure our aims were realistic. We wanted buyers to have the best possible experience from the moment of purchase and for the boat to have the potential to enhance sailing at the Olympics. We are close to reaching that point and are looking forward to getting the first production boats in the water.”

Prototype
The first boat to be launched will be named SYRA by Publiaz, after NTFM’s main partner. The boat will be tested and optimised, taking part in some classic races primarily in the western part of Switzerland where Publiaz has its main business focus. Thanks to Publiaz’s engagement, NTFM Syra will be able to prepare the launch of the production models in an optimal manner.

Safety
The hybrid hull shape means to boat is stable at low speed and in no-foiling mode, making leaving and returning to shore a safe proposition in light or even gusting conditions. With one central T-foil in the water there are no sharp, trailing edges above deck-height reducing the risk of physical harm. The double rudder configuration adds stability and their position beneath the hull wings greatly reduces the risk of injury when falling overboard. Finally, the hull shape and foil configuration offer a number of set-ups which will enable the NTFM Syra 18 to be sailed by a broad range of experience, weight and age. While the most experienced will be ready to foil straight off the beach, less-experienced sailors will be able to grow into the boat taking steps that increase speed and excitement as and when they are ready.

Efficiency
The hybrid monohull shape is low-drag and the deck-sweeper mainsail is highly efficient. The main canting T-foil and the double rudder system, which offers the possibility to apply differential, means significant righting-moment with or without use of the optional trapeze. Dynamic adjustment of the main T-foil makes depowering sails in gusts unnecessary. Trimming the foil allows power to be kept on, promoting acceleration on a stable, reassuring platform. Flight height is regulated by a proven mechanical wand system. Changeable foil tips promote optimization in a range of conditions and the single central foil makes tacking and gybing straight-forward. Mainsheet location is behind the deck sweeper and the curved traveller rail will allow for easy trimming. The set-up is completed by a self-tacking, furling Code 0.

Nils Frei
It was on Lake Biel that Nils Frei got his first taste of sailing on an Optimist at the age of six. When he was ten years old, football took over his time for a couple of seasons, but the devotion to sailing soon returned. During his last three years in Optimist, Nils was selected three times to compete in the World Championship. He then sailed in the 420 for two years, picking-up a Swiss champion title and a fourth place in the 1990 World Youth Championship. There then followed two years of preparation for the Olympics in the 470 with teammate Roman Aebersold, before that year of competition for Nils came to a close with a season of 49er racing. Nils' studies in economics and geography had prevailed and so the Olympic ambition drifted away.

Once he had the Master's in his pocket, however, this sporting devotee made his keelboat debut as a trimmer, twice-winning the Swiss H-Boat Championship and finishing third in the 1995 Worlds. A little later, he joined Fast 2000, the Swiss team challenging for the 30th America's Cup, his talent having been spotted by Jochen Schümann. World Tour match racing events in 1998 and 1999 punctuated the Cup campaign before Nils was part of the push for the 1999 Louis Vuitton Cup in New Zealand. In 2000 and 2001, Nils sailed aboard the 'City of Geneva' in the sailing version of the Tour de France (now known as the Tour Voile).

When Alinghi's America's Cup adventure began, Nils was naturally called to join the team as a sail trimmer and he went on to help the team win the 2003 Louis Vuitton Cup, and then, of course, the 31st and 32nd America's Cup. From 2006, Nils has also been indulging his passion for kite-surfing, while he is also part of the team on the D35 circuit and in GC32.

Yves Detrey could have been a snowboarder (border cross), a waterpolo player, or even a goalkeeper. But, against all these other sports in which he excelled, it was sailing that prevailed. It is a sport that runs in the family, passed from father to son. Indeed, Yves was only eight years old when he sailed on his family's boat, a 9.10m Joker-class, in his first Bol d'Or. Thirty years on, only the interruptions of the America's Cup campaigns in which he has participated have prevented him from sailing in this grand racing tour of the lake. A teenage Yves also gained his sailing stripes in L'Equipe dinghies, as well as the Surprise, 8mJI and the JOD 35, the latter during his involvement in the 1997 Tour de France of sailing.

At the age of 16, Yves began an apprenticeship at boat-builder Sartorio in Mies, specialising in carpentry. The yard's proximity to Geneva allowed him to maintain his sailing training during the evenings at the Centre d’Entraînement à la Régate. When, in 1998, Yves heard about the Swiss ambitions and projects for the America's Cup, he didn't hesitate, offering his services as a technician. His dual skills - on the water and in the dock - were recognised quickly, earning him a place on board the Challenge Fast 2000 as a number two. His physical attributes and his endless curiosity made him an essential teammate.

During and between his two stints in New Zealand, Yves sailed in Maxi One Design regattas and made his debut for the team on the AlinghiMax, both as a sailor and as part of the team preparing the boat. On his return to Switzerland in 1999, he was contacted to get involved in the construction of the Black, the mythical prototype Alinghi multihull. As soon as it launched, Yves has his place on board. There followed two seasons of Corel 45 racing (1999-2000), three America's Cup campaigns (2003, 2007 and 2010) and, alongside, more than twenty seasons combined in the D35 and GC32 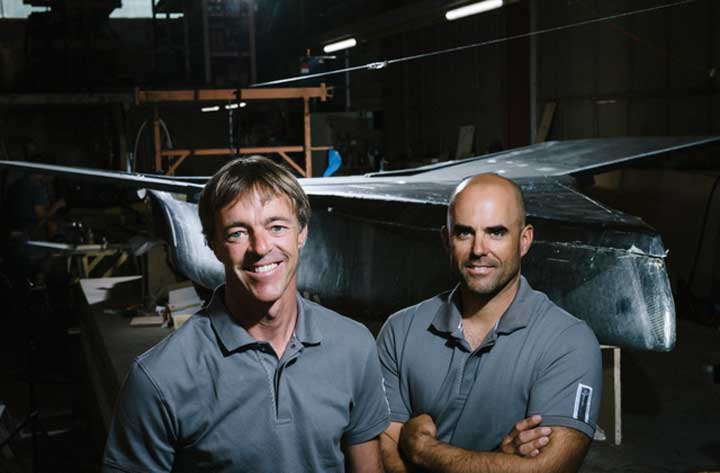 VMG Yacht Design in Lausanne is responsible for the design drawings of the NTFM Syra. 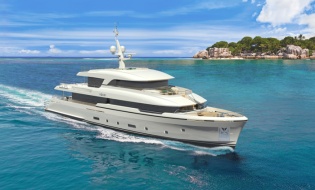 The first example of the new semi-custom Martinique is taking shape at Moonen Shipyards as... 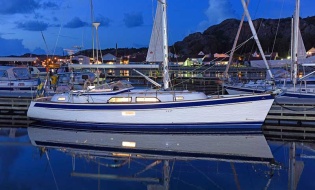 The new Hallberg-Rassy 40 Mark II will be finished in September 2015.