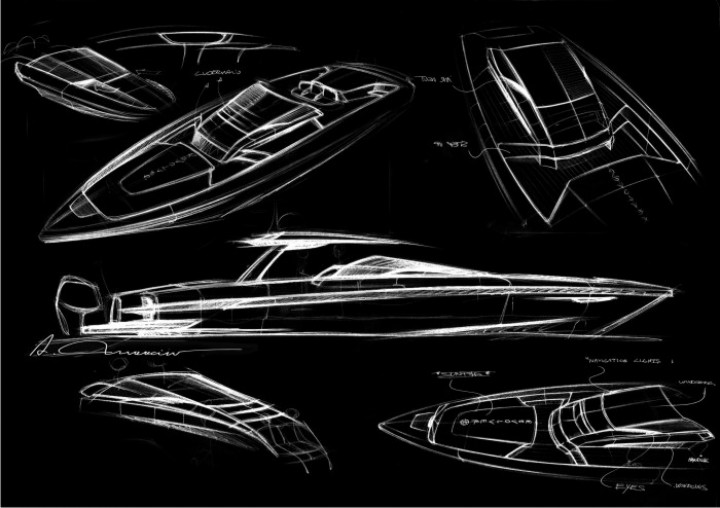 After launching two powerboats on the international market featuring extremely innovative design and contents - the 42R and the 44GT – the latter a Motor Boat Awards 2015 finalist - the Revolver team is now working on a new design that taps into a rapidly growing segment of the current nautical market i.e., the high performance center console with outboard engine.

The new model was designed by Italian designer Alberto Mancini (AM Yacht Design), who also designed the successful Revolver 44GT. It will be a 13-metre center console specially geared towards the USA and UAE markets as well as others.

The new Revolver 43CC picks up on design elements introduced in previous models and inspired by the super sports car world, with the rear spoiler reminiscent of cars from the 1960s. It combines versatile on-board spaces typical of an open boat with the excellent performance and handling that have become one of the brand's hallmarks.

The boat will be nearly 13-metres long and equipped with Seven Marine outboard engines for powerboat performance at a maximum speed of more than 50 knots. 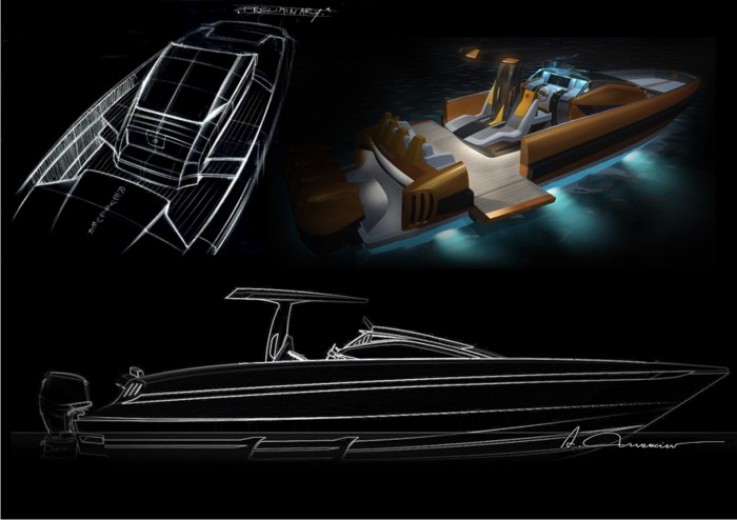 With the new Revolver 43CC, the shipyard aims to expand its product range, including growing its current dealer network. It is a version designed to attract the US and Middle East markets, areas where interest in the shipyard has grown. This is also thanks to the success of the recent Revolver 44GT at the March 2015 Dubai Boat Show, where it was one of the most popular boats among the event visitors.

With the new Revolver 43CC scheduled for launch in 2016, the shipyard rounds out its product line, expands its potential user base, and provides further proof of its innovative capacity. 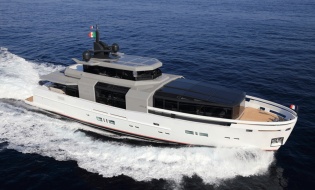 Arcadia Yachts reveals all the details of the new…

The A100 is built from GRP with aluminium balconies on the main deck. Like all... 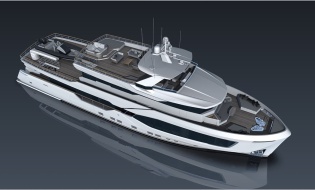