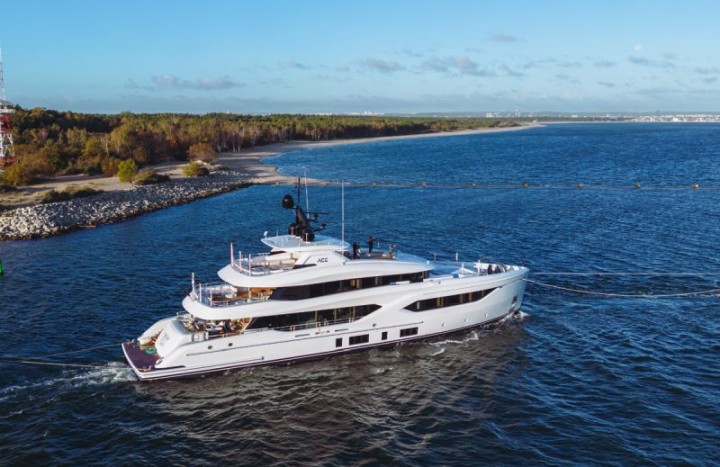 Conrad Shipyard has announced the launch of its first C144S, Hull #1. Built for a Swiss owner, the superyacht–named ACE–has set a new record as the biggest yacht built in Poland.

“Characterized by a straight bow and elegant lines,” the exterior design of the C144S line is a collaboration of Reymond Langton, Diana Yacht Design, and the Conrad team. M2 Atelier is responsible for her interior design.

The impressive project took two years to complete, after much “fine-tuning, engineering, planning and hard work by many skilled craftsmen”, according to Conrad Shipyard. The largest yacht to have ever been produced by the shipbuilder, she made her highly awaited debut on October 12, 2022 in Gdańsk, Poland, where the shipyard is located. 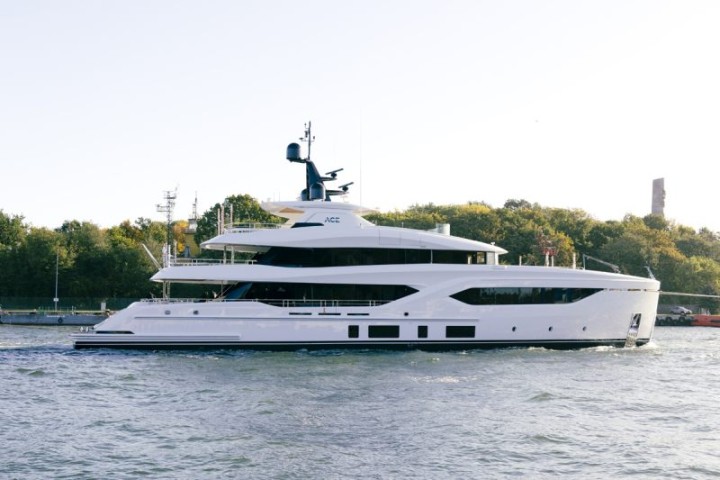 Yacht broker Alex G. Clarke, who works closely with the brand, commented: “The C144S is an exciting new project that I am proud to be involved with. ACE is a very high-quality yacht built to Lloyds LY3 and NCA standards. The launch of Hull #1 is a huge step for the shipyard and will gain attention as a top pedigree superyacht whose quality I would put up against any builder in the world."

“With the delivery of VIATORIS back in 2018, which won the Boat International Super Yacht Awards for best displacement motor yacht under 500 gross tons, Conrad Shipyard caught the attention of the industry. Now with the delivery of ACE, Conrad Shipyard continues to cement their position as a premier builder of superyachts not only due to their amazing craftsmanship and build quality, but also by bringing together some of the best names in yachting, with Reymond Langton responsible for design & Diana Yacht Design handling the engineering behind the project.” 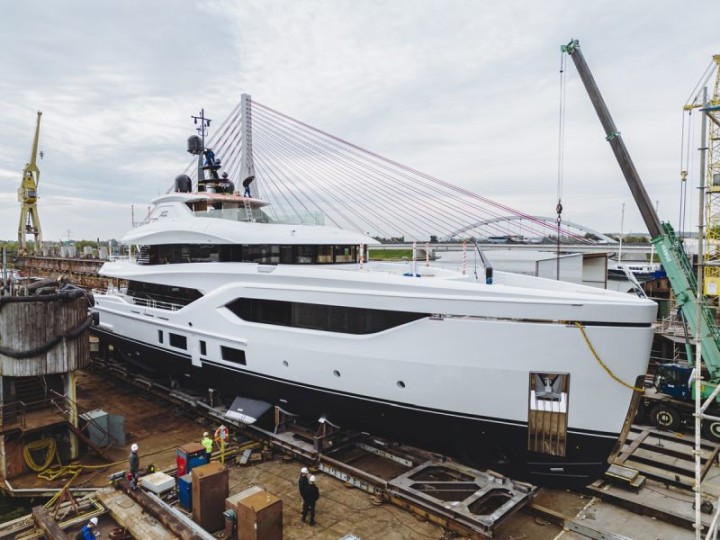 The Christening Ceremony for ACE will take place on December 5, 2022, also in Gdańsk, at which Clarke will be in attendance. At the event, the owner and shipyard will bring together family and friends to celebrate the momentous occasion, marking history for the shipyard, the country, and beyond.

Denison Yachting, with the aid of Clarke, sold the C144S Hull #2 last year with SuperYachtsMonaco. She is already under construction and will be delivered just prior to the 2023 summer season. Clarke shared his aspirations for the future: “We look forward to helping advance Conrad Shipyard on a global scale, assuring they receive the recognition they deserve.” 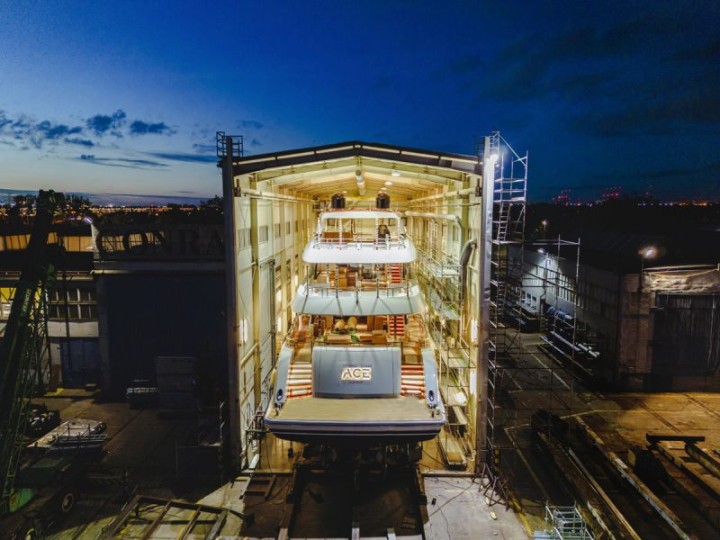 The C144S Hull #3 is currently offered exclusively for sale with Denison Yachting, asking €25.5 million, with construction ready to start immediately. According to Clarke, this opportunity “represents one of the best values on the market today and is available with a 24-month delivery schedule.” 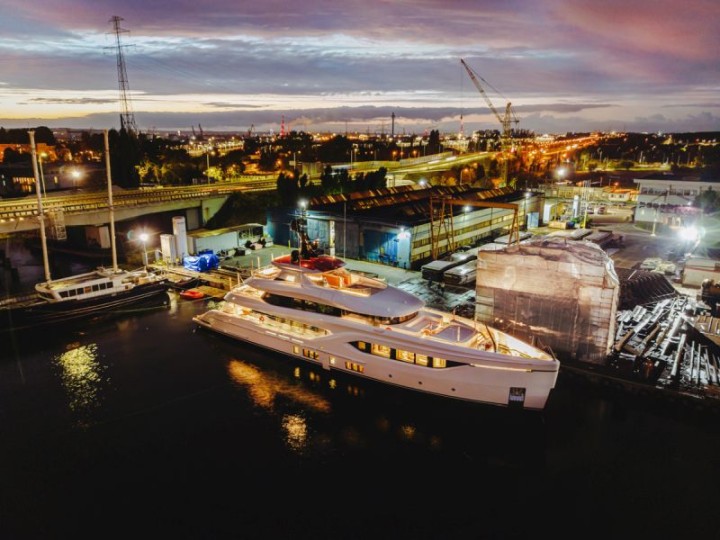 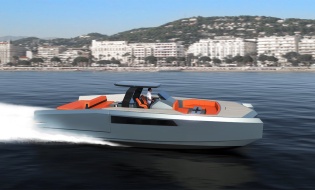 With years of expertise in large luxury multihulls design Sunreef Yachts is now introducing a... 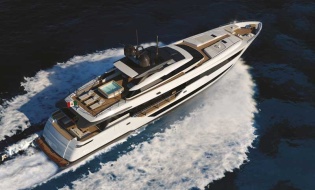 The project was presented at the Fort Lauderdale International Boat Show. Drawn from the study led...