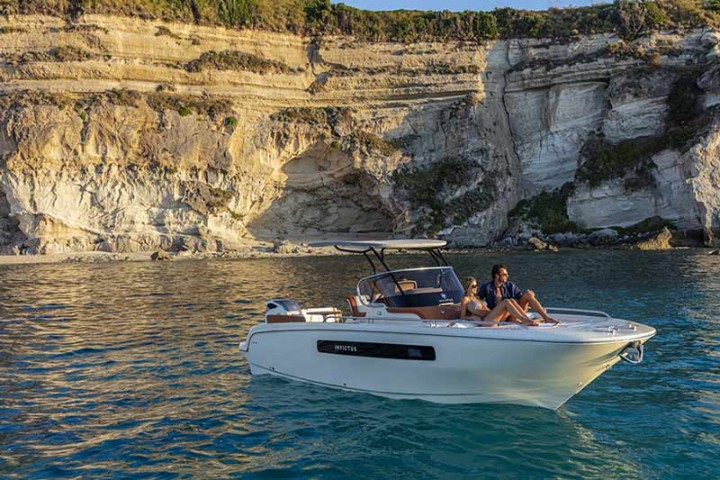 Invictus Yacht continues to expand its production and launches the new GT 320 at the Cannes Yachting Festival 2018.

With this new model, Invictus Yacht has raised its philosophy to a superior level. The new 320 GT has all the features we became acquainted with on the other models in the range (280 and 370 GT) and has combined them to optimise results. From 280 GT it has taken manoeuvrability and dynamic properties, which combine with the large liveable areas inspired with by the flagship, 370 GT.

Family style
The reverse bow - one of the range’s distinguishing features - was further adjusted to deliver a greater sense of elegance. This feature is emphasised by the oval-section edge that runs the entire length of the boat, from the bow down to the stern swim platform. 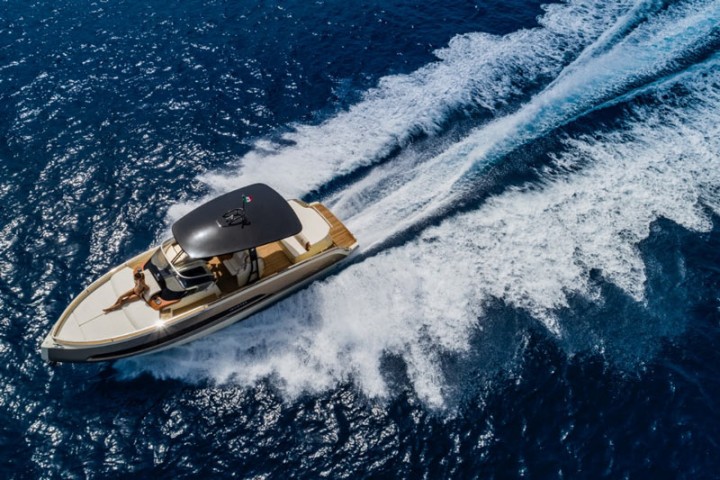 The deck’s layout includes access to the cockpit via the stern swim platform, moving left of the large sundeck, which can be further expanded by transforming the fore sofa. In the middle of the cockpit, the L-shaped dinette has a table and faces a real “outdoor kitchen” (with fridge, ice maker, grill and basin), all neatly tucked into a stand-up cabinet that - in perfect Invictus style - can elegantlyconceal all the equipment behind doors.

The cockpit can be sheltered by a standard hidden sun canopy. Among the Invictus 320 GT optionals, the carbon hardtop stands out - it can be extended to provide more shade with a transpiring, ventilated fabric held in place by carbon rods. 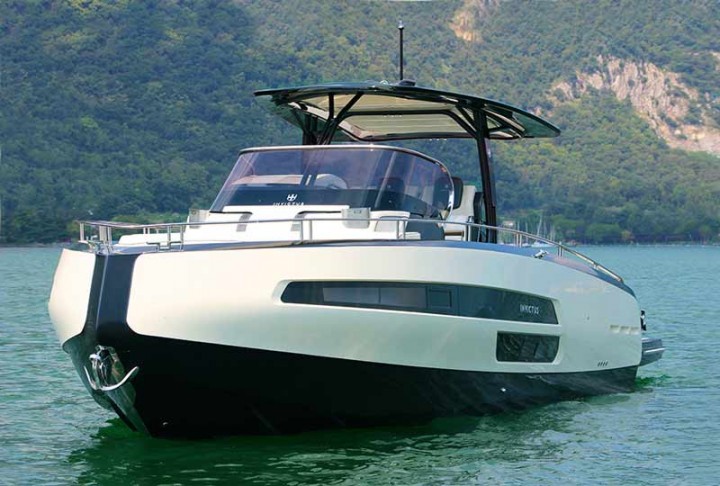 The two armchairs for the pilot and co-pilot, with a bottle-holder between them, valorise the navigation bridge. At the bow, the large sundeck has headrests positioned on the deckhouse, creating relaxing areas that bring to mind a chaise longue. This complex composition adds considerably to the bow area and includes sound diffusers and cup-holders.

“We realised Invictus owners and their guests appreciate convivial life on board,”said Christian Grande. “For this reason, I have given a new interpretation to the spaces in the deck area, expanding the cockpit by moving the steering gear slightly to the bow. This solution allowed me to obtain considerably more space, which impresses you as soon as you board the Invictus GT 320. In the bow, the presence of a backrest against the bow section of the console creates a true chaise longue. This results in a voluminous, balanced external layout that is great to be in.” 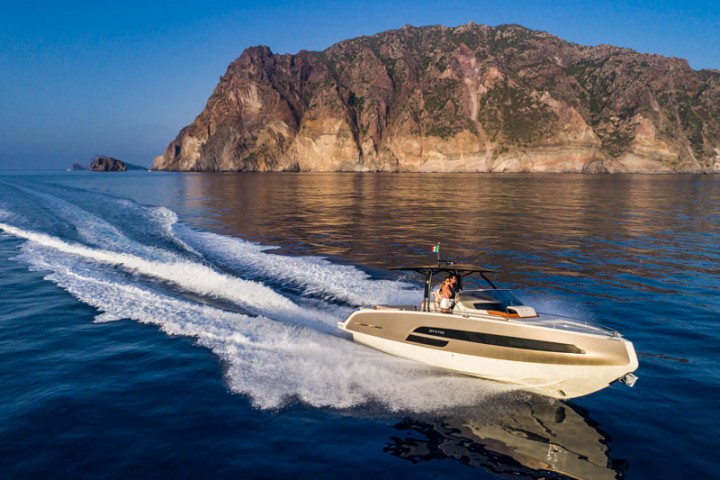 Cruising comfort and performance
Inside, the Invictus 320 GT has a transforming dinette along the port topside, with a container cabinet on the starboard side. At the stern, a second open-space cabin with double bed makes the best of the cockpit’s architecture, without adding weight to the boat’s profile, which appears slim and streamlined (an effect aided by the profile of the longitudinal windows).

The bathroom is in the centre of the boat and has all the comforts needed to fully enjoy life on board. The owner will be able to choose among the various colour options of the Invictus collection, which will be further increased in the next season - on top of the fact that the 320 GT boat can be fully customised with the contribution of the Invictus Atelier.

On the Invictus 320 GT, attention to detail is combined with great performance. The shipyard has designed a broad range of sterndrive options (diesel or petrol, single or twin), up to 860 horsepower maximum. 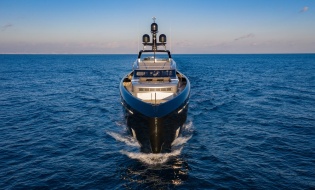 Following the delivery of 50-metre Olokun to her new owner at the end of last... 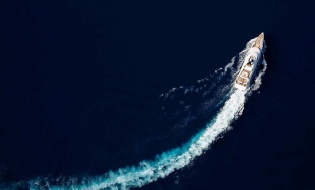 M/Y “Metis” is a 63-meter custom yacht with a steel hull, an aluminium superstructure and...