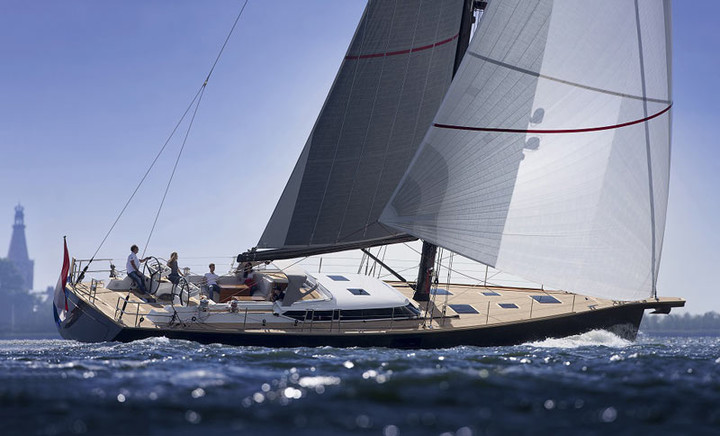 The launch of the first Contest 85CS celebrates the largest of all Contest Yachts to date. And there’s much to say about this first of the line, commissioned for a world circumnavigation by an owner with very particular views on safety systems, deck layout and interior arrangements after significant deep ocean experience. Indeed, this launch shows just how far semi-customisation can be taken when practised in a perfect partnership between owner, captain, designers, engineers and constructors, backed by Lloyds’ Register certification.

Three years in conception and build, the depth of collaboration in this new launch has resulted in an exceptional yacht which will be introduced to the media for inspection and sail trials by invitation in the Mediterranean in late autumn.

In collaboration with celebrated design house judel/vrolijk, the Contest team has again made major advances in structural technique and infusion moulding processes, achieving great strength for light weight and enhanced performance and handling. Contributing to this, the entire hull moulding from keel to rail has a foam instead of balsa core and in the interior lightweight foam-cored joinery in this special commission.

While the Contest team and interior designer Wetzels Bown have created five primary accommodation plans, on Contest 85CS #1 the design revolves around three suites with galley aft and vast, functional crew quarters forward which include a second, dedicated navigation centre and office plus full workshop and enormous walk-through sail and rope locker, as the entire, extensive sail wardrobe is to be carried complete on board at all times. To be crewed generally just by two, sail handling systems have been uniquely designed for single-handing. An incredible feat at this size. As with all equipment and systems on board, all aspects of the rig can be handled manually should there be any machinery failure.

This practice is crucial throughout the entire brief and there is such redundancy and direct control of every aspect of the yacht’s extensive operational and management systems that the captain is able to quickly isolate and override each element to prevent downtime and disruption.

In this philosophy, where normally, for example, there might be one large generator on board with a smaller second unit as back up, here there are two large identically specified generators which means completely interchangeable parts. Similarly, two same-sized watermakers. The list continues through motors, pumps, filtration and more. 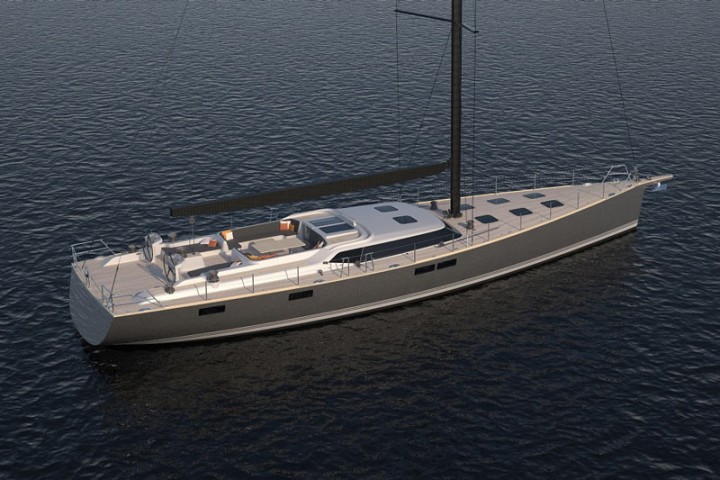 Nothing is left to chance, right down to having all core electrics including comms and nav electronics cabled high above the waterline so the vessel stays operational for longer in the event of water ingress. Also, positioned high in the lazarette, and permanently set to run on demand, there is an independent, diesel driven, big volume water pump for bilge evacuation in case of flooding and also fire fighting.

Every cabin has its own ceiling escape hatch easily accessed by ladder and all beds have higher frames than standard.

To enhance ease in handling the 3Di North Sails and carbon Hall Spars rig with slab reefing, hydraulic winches are super-sized and planned in position for multiple sail and line handling.

This practicality extends throughout the accommodation which still luxuriously serves voyage-makers well with ease of access to all workings without disruption, exceptional stowage with to-hand-integration of emergency and life-saving equipment. Keeping the efficient, highly functional galley supplied with mountains of fresh fruit and veg coming aboard, there’s vented storage in the lazarette which, of course, also houses the more typical fare of tender, diving gear and compressor. This new Contest 85CS caters for everything.

With such well-practised collaboration as this between Contest Yachts, , judel/vrolijk & co, Germany’s leading naval architects, and eminent Dutch interior designers Wetzels Brown Partners, the Contest 85CS explicitly shows so well the best of contemporary seagoing design, optimised from keel foot to masthead, outside and in. Together this delivers the perfect balance of performance bluewater cruising and optimum safety in ocean crossing, tailored to the individual owner’s exact intentions and taste. 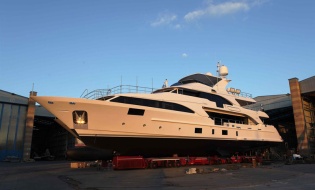 Benetti announced the launch of the M/Y Lady Lillian, the 37 meter motoryacht from the... 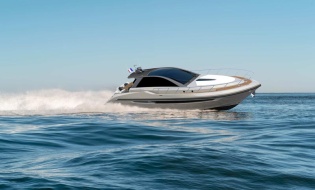 The high season continues for Couach