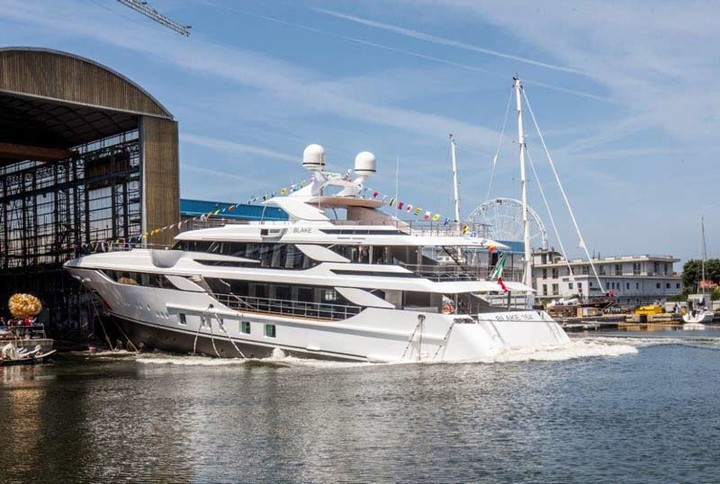 The 50-meter full custom M/Y “Blake” has been launched from the slipway at the Viareggio shipyard, ready to set off in comfort and silence on the long cruises she is designed for.

Benetti is proud to announce the eleventh slipway launch since 1999, year of construction of Via Coppino shipyard, in Viareggio. M/Y “Blake”, the longest GRP hull and aluminium superstructure yacht ever build by Benetti, raised her first waves with an impressive dive from the 8%-gradient slipway at the Viareggio production facility. The shipyard is the only one in Italy equipped to handle this particular type of launch ceremony, for superyachts between 40 and 50 meters in length, max draft of 2,6 metres and weighing up to 350 tonnes.

As the Company did back in March 2016, when the 45-meter Full Custom Mega Yacht M/Y “Domani” dived into the water for the first time from the same slipway, Benetti once again invited over 300 guests to this unusual ceremony, including local authorities, friends and employees, who enjoyed the event together with a large crowd of curious who made their way to the Darsena Italia docks.

The guest area on the Lower Deck occupies a surface area of 310 square meters and offers four cabins. In addition, the lounge on the Upper Deck can be transformed into another VIP cabin. The Sun Deck has a large area for socialising and the spacious owner’s apartment is forward on the Main Deck.

The stern garage can house a 6.3-meter tender, while in the bow there are two jet skis and a rescue boat compartment. The aft swim platform is a beach club with a stern door that opens up to form a spacious terrace at water level.

The two Caterpillar C32 Acert engines each produce 1,193 kW, delivering a cruising speed of about 14 knots and a top speed of 15.5 knots. 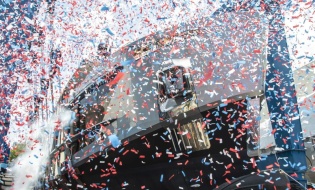 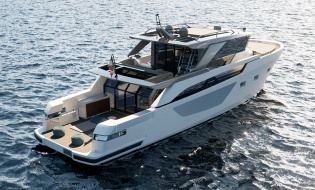 In the heart of Genoa, the Capital of Yachting, Bluegame will present its latest out-of-the-ordinary...