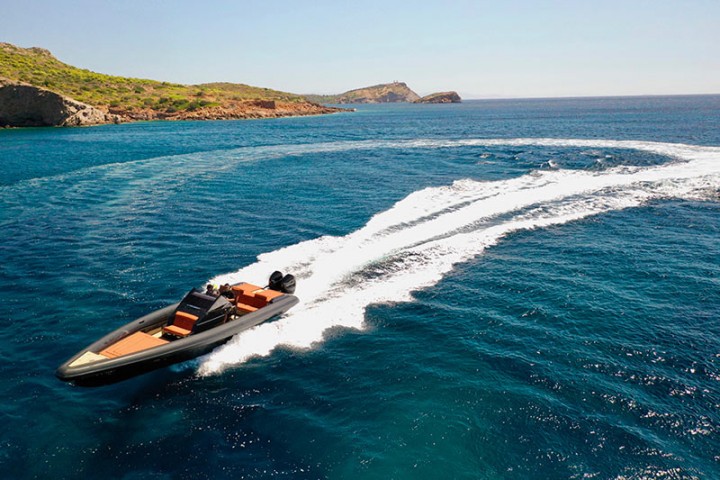 TECHNOHULL® has just launched one of the year’s most hotly awaited new boats at its base in Alimos, Greece.

Two very different looking units of the ground-breaking 38 Grand Sport were launched at the same time, both capable of marrying extraordinary speed with luxurious comfort and an easy ride – even offshore.

Pre-production models tested last year achieved a jaw-dropping top speed of 103 knots over the ground, equivalent to 118mph. But while the performance of the 38 Grand Sport will keep even the most demanding drivers happy, it is designed to be much more than a quick thrill. 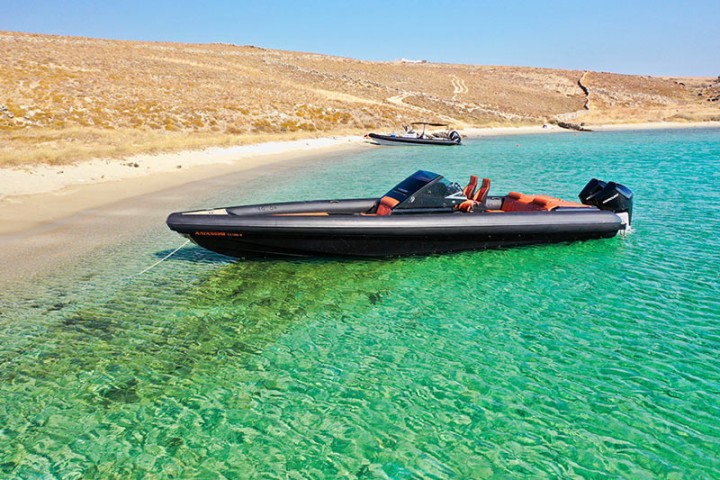 Dynastream stability
A unique part of the TECHNOHULL® experience comes courtesy of its patented Dynastream hull, which gives these boats market-leading stability and safety. The design employs three distinct steps in the hull, to channel in air and provide lift, natural cushioning and unprecedented stability at all speeds.

This hyper-ventilated hull shape is 10-15 per cent more efficient than previous TECHNOHULL® designs, offering lower fuel consumption for higher speeds. It is part of what allows the boat to plane at low speeds and achieve its eye-watering top speed. What’s more, the super deep-V hull form gives the 38 Grand Sport true offshore capabilities, deflecting spray in any conditions.

TECHNOHULL®’s in-house designers spent five years developing the Dynastream hull in concert with the renowned Davidson Laboratory of New Jersey. Through a rigorous programme of CFD simulation, scale and full-sized tank testing, the TECHNOHULL® team has gained a thorough understanding of this technology. 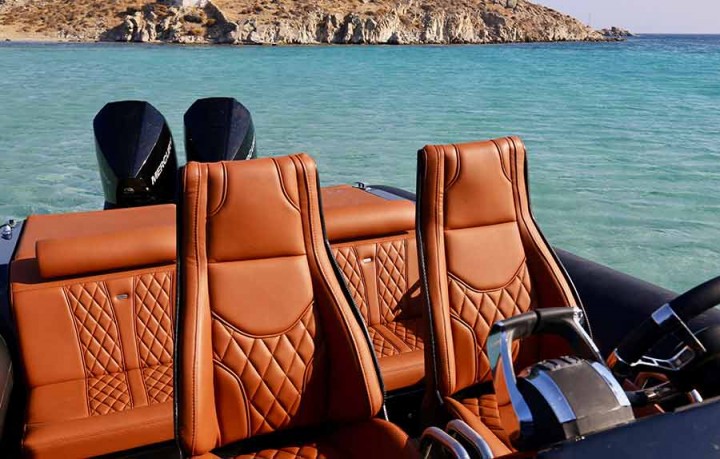 Superyacht finish
The finish on the first two boats sets a new benchmark for the luxury RIB sector. The standard two-engine version of the 38 Grand Sport features solid teak decking throughout, set off with bold orange Spradling upholstery, diamond stitched and trimmed with high-tech composite. The sport version is in crimson upholstery, inlaid with black and grey stripes that reproduce the excitement of carbon fibre.

Both versions offer multiple social areas, with a huge sunpad in the bow, double seat ahead of the steering console and deep twin driving seats. The stern can be configured in several different ways, with the sport version offering a second row of its proprietary shock-mitigating bucket seats and two broad stern seats, while the standard boat goes for a full-beam seat and two luxurious sunpads. Both put the emphasis on access to the water, thanks to their notched transoms. 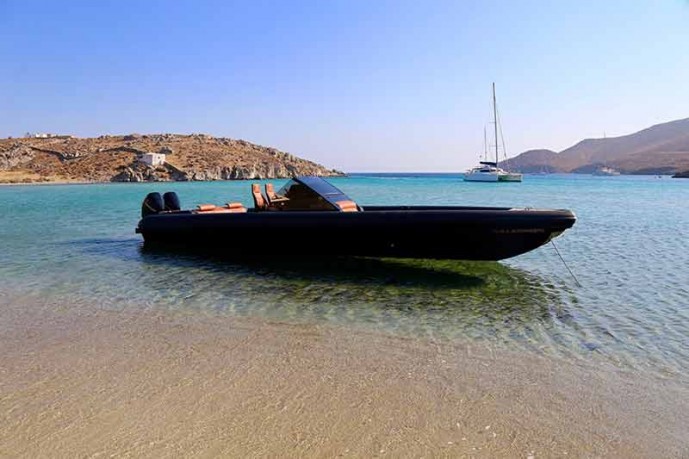 With comfort in mind, TECHNOHULL® has made the 38 Grand Sport its best-equipped boat yet. It boasts an electric toilet, external shower and the option of a handy cabin in the bow. There is all-round LED courtesy lighting, an automatic bathing ladder which deploys and adjusts at the touch of a button, and a long list of options. Take the open console or the elegant hardtop for better weatherproofing; add an extra canvas shade mounted on sleek, carbon poles.

Whether you want a unique look for your 38 Grand Sport, or to match it to a larger yacht, TECHNOHULL®’s in-house designers can make your customisation happen.

Pure Sport
Power is nothing without control. That’s why the entry-level propulsion package for the 38 Grand Sport features two Mercury Verado 300 XL engines, with electrohydraulic steering and smart craft. This set up is capable of delivering an incredibly sporty performance with 200-nautical mile range – all well within the comfort envelope offered by the patented Dynastream hull. 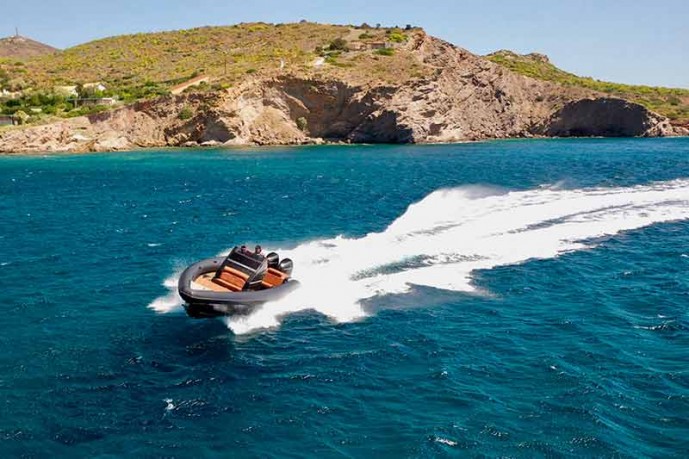 But TECHNOHULL® doesn’t believe in stopping at mere ‘sporty’. For the insatiable sporting driver, the option of three Mercury Verado 450 V8 engines holds out the tantalising prospect of speeds in excess of 100 knots. Naturally, such extreme performance will not be for everyone, but that’s why TECHNOHULL® has worked so hard to develop its ground-breaking hull and a comprehensive list of comfort and finish options.

That way, everyone can enjoy the intense boating experiences that the 38 Grand Sport can deliver. 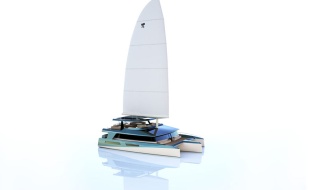 Introducing the Dragonship 25m super trimaran concept from Pi Superyachts Ltd – one of the... 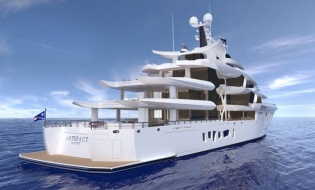 The next NOBISKRUG is an ARTEFACT