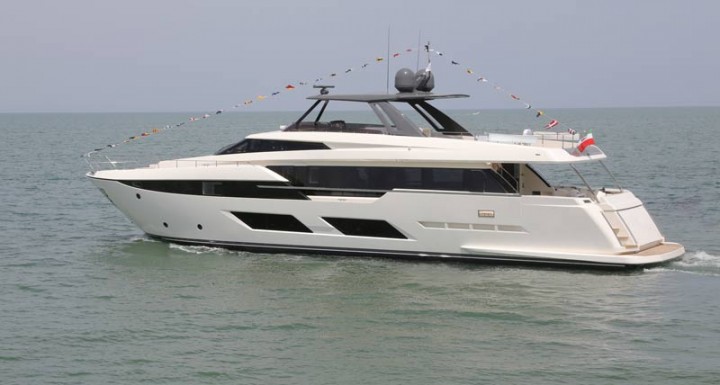 The sea awaited reverentially and eagerly as the new 92-footer by Ferretti Yachts entered the water with the calm might of a nautical giant.

The launch of the first Ferretti Yachts 920 (28.49 metres) took place on 20 July at the brand’s private dock, which is just a few waves away from the shipyard in Cattolica.

The Ferretti Yachts 920 is a flybridge yacht like no other. It stands out thanks to its monumental, dynamic forms, its innovative design features (such as the wide body concept of the owner’s suite on the main deck), its superb functional flexibility (including the option of switching from a four cabins to a five cabins version), and the vast spaces in its groundbreaking bow area, all of which can be used by guests.

The interiors are just as breathtaking. They are worthy of a super yacht, with numerous spacious relaxation areas and sophisticated layouts steeped in original, unprecedented elegance. As always, the new yacht was produced in partnership by Zuccon International Project, the Ferretti Group’s Engineering Department and the Product Strategy Committee. The new flybridge yacht will make its official debut at the Ferretti Group Private Preview in Monte Carlo (8-10 September), before its international public première at Cannes Yachting Festival (12-17 September).

In the shipyard, work has already begun on the next units, which will be launched in the coming months: the second Ferretti Yachts 920 will be transported to the United States, where it will be unveiled in style at Yachts Miami Beach in February 2018, while the third vessel - which features the famous Tai He Ban layout designed by Ferretti Yachts for Far East markets and owners - will also make its first appearance next year in Asia.

“2017 has been another year full of all sorts of exciting news for Ferretti Yachts, which is celebrating another memorable occasion: the outstanding Ferretti Yachts 920 technical launch,” stated Stefano de Vivo, the Chief Commercial Officer of the Ferretti Group. “Like our other yachts, we are sure that this new model will attract a great deal of interest in Europe and the United States, where it will be presented in the coming months and help to get a landmark year for the brand underway. In 2018, Ferretti Yachts will celebrate half a century in business: a magnificent milestone that it has reached in exceptional form, with six new models presented in three years and great prospects for growth and even more international success.” 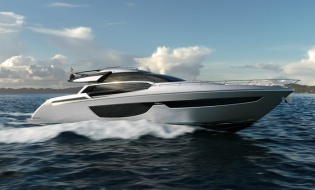