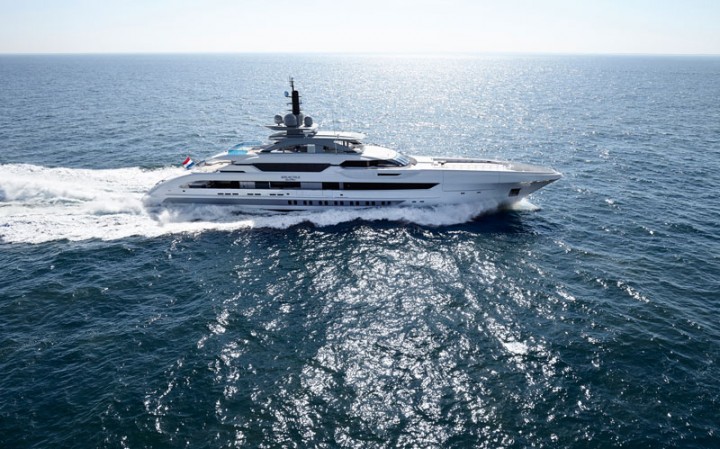 Heesen Yachts is proud to announce the delivery of its largest yacht to date, 70m Galactica Super Nova, after intensive sea trials in the North Sea.

Sold in December 2013, Galactica Super Nova’s slender aluminium hull was engineered by Heesen’s in-house specialists in collaboration with the renowned Dutch naval architects van Oossanen, who devised the revolutionary hull form. An extremely thorough pre-design phase, developed during more than 35 years of yacht building experience, resulted in a very efficient construction process that allowed the full-custom vessel to be built and delivered in just 41 months. Galactica Super Nova’s sea trials took place over four days at the end of April and beginning of May in the North Sea, starting with moderate weather conditions with waves of 1.5m that progressively improved to calmer conditions with waves of 0.5m and clear blue skies. 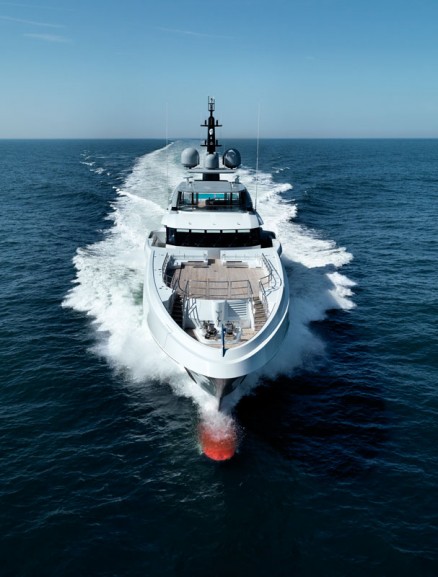 Galactica Super Nova, thanks to her high-performance Fast Displacement Hull Form coupled with an innovative propulsion system, exceeded her contractual top speed by 0.3 knots to reach an impressive maximum speed of 30.3 knots. She further proved to be very quiet and highly manoeuvrable in all sea conditions.

The propulsion system consists of two MTU wing engines with fixed pitch propellers and a third central engine with Rolls Royce booster water jet. The first time such a configuration has been applied to a superyacht, it provides acceleration from 0 to 30 knots in just 75 seconds, making Galactica Super Nova not only one of the 200 largest yachts in the world but also one of the fastest. 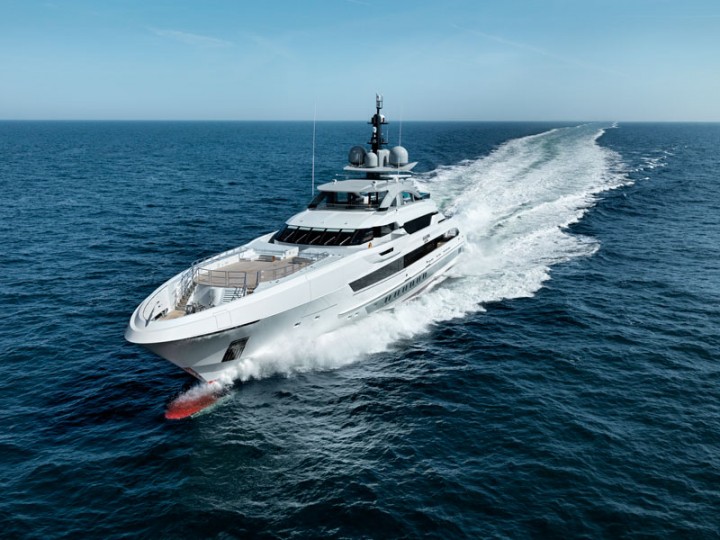 Beyond the remarkable performance and cutting-edge engineering, Galactica Super Nova is wrapped in a head-turning exterior design by renowned designer and naval architect Espen Øino, who worked on a pre-established technical platform provided by Heesen. The designer was able to develop a profile that embodies Heesen’s DNA, but also introduces new design elements that make Galactica Super Nova one of the brightest stars in the Heesen galaxy to date.

Galactica Super Nova will make her official début at the Monaco Yacht Show next September after a busy summer season in the Mediterranean; here the yachting community will have the chance to admire also the beautiful interiors that Sinot Exclusive Yacht Design has created for this unique superyacht. 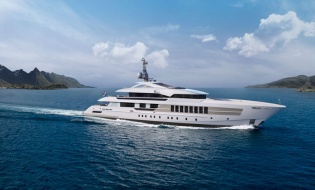 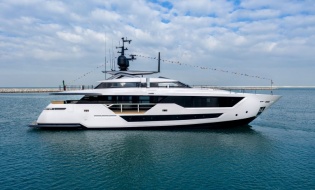 A new work of marine art by Custom Line enters the water at the Ferretti...