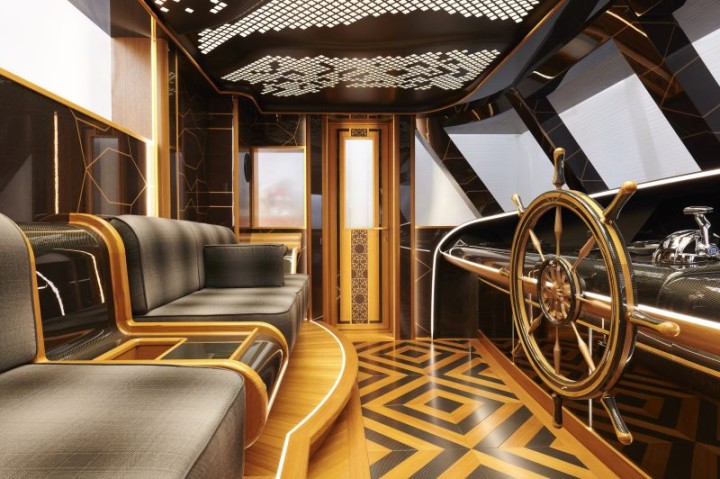 For the first time, the Bremen-based company is equipping a yacht with a carbon bridge. The delivery was made to the Middle East.

With this project, multiplex is breaking new ground: the Bremen-based manufacturer of boarding systems and well-known think tank for custom solutions in the large yacht segment is supplying a fully integrated steering station made entirely of carbon for a 38-metre yacht. Multiplex was also responsible for the complete project management and control of the production. This is the first delivery of this magnitude by the equipment manufacturer, which thus demonstrates its enormous range of services and capacity.

The order for the steering position was preceded by orders for sun sails and a gangway before the request for this large-scale custom solution came in.

The almost futuristic look of a carbon steering position was explicitly requested by the owner to break with the traditional exterior of the yacht. Jan Reiners, CEO of multiplex, comments: "From the outside, the yacht has the look of a dhow, which is very common in the Middle East. However, when guests then enter the wheelhouse, the owner wanted a unique wow effect."

Multiplex not only supplied the console for the steering position, but also all the wall panelling, the seat surrounds, the steering wheel, which is covered with plenty of carbon and has a highly intricate design, as well as the ceiling of the wheelhouse. Multiplex provided the ceiling with numerous recesses and inserted LEDs behind - the resulting pattern is reminiscent of the Arab culture. The LEDs light up in different colours as needed, creating a unique ambience in the wheelhouse that is currently unparalleled in yachting.

Like many companies in yachting, multiplex's production is currently working to capacity. Enquiries from all over the world are being processed - for yachts from 30 to well over 100 metres in length. For many years multiplex has demonstrated its extraordinary position as a world market leader; it is not for nothing that the Bremen company has equipped 80 of the 100 longest yachts in the world with its products. 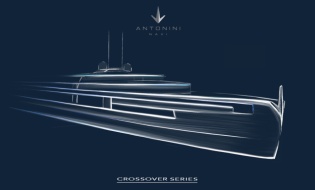 The new Antonini Navi is built on solid foundations…

Gruppo Antonini have raised their profile in the yacht industry by creating a new brand:... 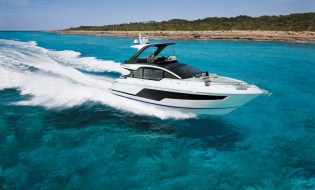