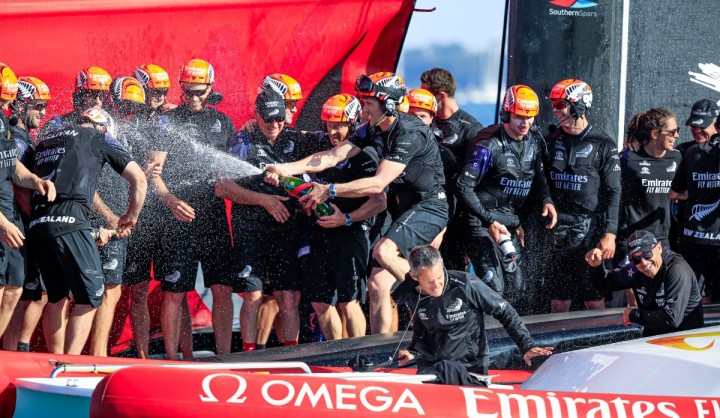 Both crews headed out to the Hauraki Gulf looking to keep it simple, and stick to what they had trained for years to do.

That was the plan – and then Emirates Team New Zealand lifted the intensity after the start of Race 10, to take their fifth race in a row and win the 36th America’s Cup presented by Prada.

After a delay for the race committee to shift the marks and accommodate the 7-10 knots breeze out on Course A, it was Luna Rossa Prada Pirelli who entered the start box first on port, and as they did so you could hear co-helmsman Jimmy Spithill reinforce that the right-hand side of the start line looked good. The crew onboard Emirates Team New Zealand certainly knew this, and tacking high above the line, came back in for Pete Burling to place Te Rehutai perfectly with ten seconds to go, and out positioned the Italians at the start, to then peel off to the right hand side of the course. Coming back in and taking advantage of a right hand shift, Emirates Team New Zealand came in leading, and slammed a tack on the Challengers. First blood and a small lead to Burling and crew.

From there it was close: The Italians came back in to duck below, which allowed Te Rehutai out to the left of the course looking for more gains, which they found and headed through the first top gate with a lead of seven seconds. It was tight, but we were about to see just what Te Rehutai was capable of, stretching out to a 250 metre lead and sailing at 41 knots. At the bottom of leg 2, that lead extended to 9 seconds after they sailed to the breeze rather than cover their opponents. Heading into the same mark, both boats gybed, and Emirates Team New Zealand rounded wide, but Luna Rossa Prada Pirelli struggled behind them, sailing with both foils down for too long, slowing them and suddenly Te Rehutai was 250 metres ahead on leg 3. 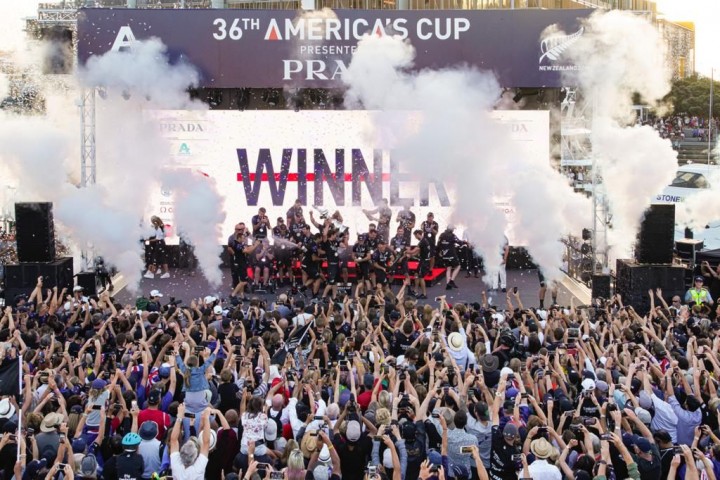 That opened the door for Emirates Team New Zealand, and when you give sailors the calibre of Peter Burling a sniff at an opportunity like that – he will take it with both hands, and shut down every opportunity for you to get back into the race. Ahead, and in clean but shifty air, the team extended into better pressure, then looked to extend further.
Clear, calm and unhurried communication between Burling, Tuke, and Ashby allowed them to sail their own race – and with a constant breeze, fans ashore began to sense a victory here. At Gate 4 that lead extended to 37 seconds, and at the final top gate it was 49 seconds, and a 400 metres lead.

Down the final leg 650 metres out in front, cheered on by their fans at home and around the world, Te Rehutai crossed the line at 38 knots with Luna Rossa Prada Pirelli crossing 46 seconds later, but as we know in this the oldest trophy in international sport – there is no second place. The sensational victory today was brilliantly executed by the entire team. The after guard working seamlessly, and the grinders, heads down, pouring power from the handles up to the trimmers, allowing them to throw Te Rehutai around and dominate their opposition.

Today was a stunning victory for the team, who were quite open about the lack of boat-on-boat racing experience in this new AC75 class at the beginning of this event. This meant the team had to lift their game and learn fast, taking key lessons out of the regatta as they moved forwards one race each, until Races 7 and 8, when they lifted their game and rolled over the Italians to dominate the event through Races 9 and 10: Winning the regatta 7-3 and retaining the oldest trophy in international sport. 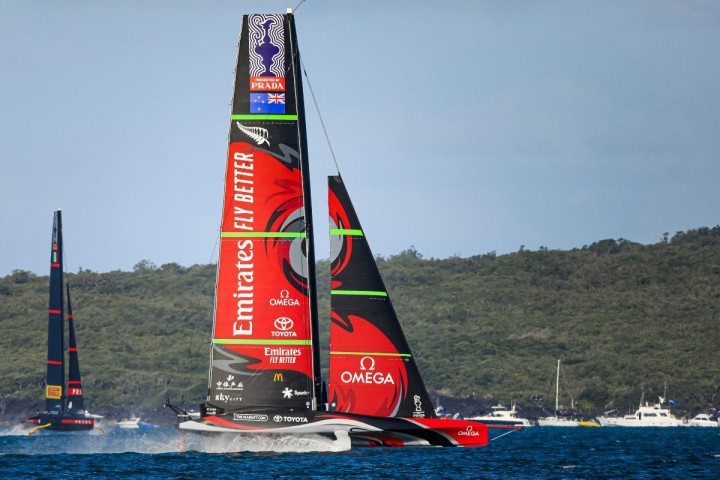 For winning skipper, Peter Burling – he couldn’t thank his supporters enough – “We have been getting messages from the Prime Minister to high school kids. It just means the world to us as a team. We have been learning all week, and today we really showed what this boat can do, and so to win on home waters is something our entire team is incredibly proud of.”

Onboard the Challenger, Francesco Bruni thanked the team and supporters of Luna Rossa Prada Pirelli, saying, “It is not finished – and with all this experience in the team we will try again. Thank you Italia, grazie Italia.”

After winning the Cup in Bermuda in 2017, CEO Grant Dalton and Emirates Team New Zealand wanted to create a new America’s Cup class, to promote fast, close, and exhilarating sailing. With the AC75 they have achieved this and more. Changing the perception of yacht racing forever, as spectators witnessed nine lead changes in one race, and in the finals, turning a heart stopping four minute deficit into nearly a four minute victory.

The celebrations began onboard Emirates Team New Zealand after they crossed the finish line, and will continue on throughout the night after the prize giving. The final word goes to Emirates Team New Zealand flight controller Blair Tuke, “What a beauty! Time to enjoy it! To win the America’s Cup on home waters – unbelievable! To know the work that has gone into this. Just huge from the whole team. It has been a massive honour to race in from of five million Kiwis, and to know we have had their support!” 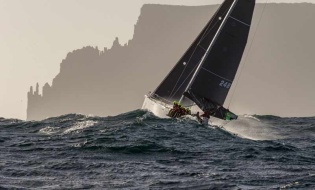 Over the past three-quarters of a century, the Rolex Sydney Hobart Yacht Race has developed...