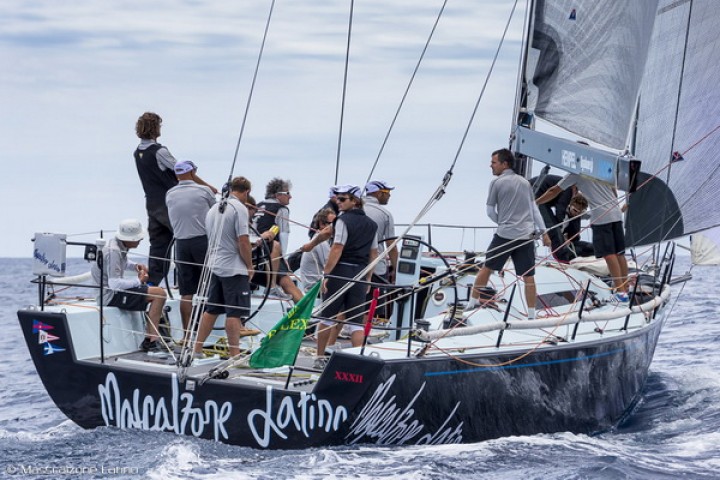 Vincenzo Onorato's Italian Cookson 50, Mascalzone Latino, with Flavio Favini as tactician, corrected out to win the overall prize for the race rating under the ORC Rule.

The top three yachts came from three different classes, 57 yachts entered the race under the ORC rating system, which rated the yachts by time over distance. In second place overall was Michele Galli's Italian TP52, B2 with Francesco de Angelis as tactician. In third place overall was Milan Hajek's First 40.7, Three Sisters with a crew all from the Czech Republic.

2015 Maxi 72 World Champion winning navigator, Ian Moore spoke about the Mascalzone Latino victory. “This is the first time we have sailed together as a team for over a year and we put in a great performance. Our team and the boat performed well over a broad range of conditions, and we especially made big gains in the light winds. B2 was always going to be quicker than us in a straight line and they did well in the transition zones at Stromboli and Capo San Vito. We did catch up 14 miles on the first night going past Mount Etna, which was a big gain for us. On the leg from Lampedusa to the finish, there were a lot of thunderstorms and we saw one wind shift of 50 degrees, which we got spot on. This was an exciting race for us and tactically extremely difficult.”

In ORC One, Michele Galli's TP52, B2 was the winner from Hungarian RP60, Wild Joe, skippered by Marton Jozsa. In third place was Vicente Garcia Torres' Spanish Swan 80, Plis play was third.

B2's navigator, Nacho Postigo commented ”I think the 50-52 feet is a good length for this race. The TP52 is an all-round boat, with very little weaknesses, a good compromise between rating and speed. For me this was a typical Middle Sea Race; you struggle to find the wind, and when you do, it happens in excess. This time it was more about managing the light than about strong winds. For me, this is one of the most challenging races in the world. In this race there is a strong association between land and sea, and this drives you to take many important decisions along the way; sometimes, mistakes are really expensive here.”

“Our Code Zero was a real weapon this race, especially in the wind holes.” commented Martin Watts, Arkas Sailing Team Coach. “There was no end to the enthusiasm from the team in their first major offshore race. Morale was very high on board and the team sailed very well together, I must say they are a real treat to sail with. Our ultimate goal for this year was to win our class at the Rolex Middle Sea Race and our efforts have achieved that, so we are absolutely delighted.”

“In the light conditions, we were up against it but once we got into the breeze, this was more advantageous for Rockall, as we have a superior righting moment with a deep heavy keel.” Commented Rockall IV crew, Simon 'Cake' McCarthy. “The team did a great job at Pantelleria, we must have passed about 20 boats with our Code Zero up and at Lampedusa, we knew we were going well. Then the breeze just built and built and in big waves, we were on the edge of control. It was an awesome finish to the race.”

“Mentally that was a very tough race and at times very frustrating.” Commented Artie's Lee Satariano. “At many stages of the race, if we could have found more wind, we would have done. The crew agree that we probably sailed the boat better this year than we have ever done. We sailed every leg really well and made very few errors. We set out to win our class and we are very happy that we have achieved that.”

ORC Six was won by Three Sisters taking part in their seventh race, the team from the Czech Republic corrected out to beat Grand Soleil 37, Sagola-Biotrading, skippered by Peppe Fornich. The crew are from the Yacht Club Favignana, the Aegadian Island of Favignana marks the northwest corner of the course. Gherardo Maviglia's Beneteau Oceanis 430, Amapola representing Circolo Velico Fiumicino, Roma was third. 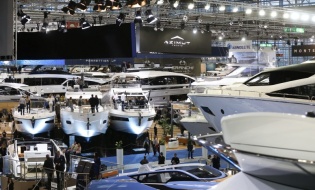 Beginning exhibitor registrations for boot Düsseldorf 2023 in May

The planning for exhibitor registrations for boot Düsseldorf 2023 is in full swing. And now...