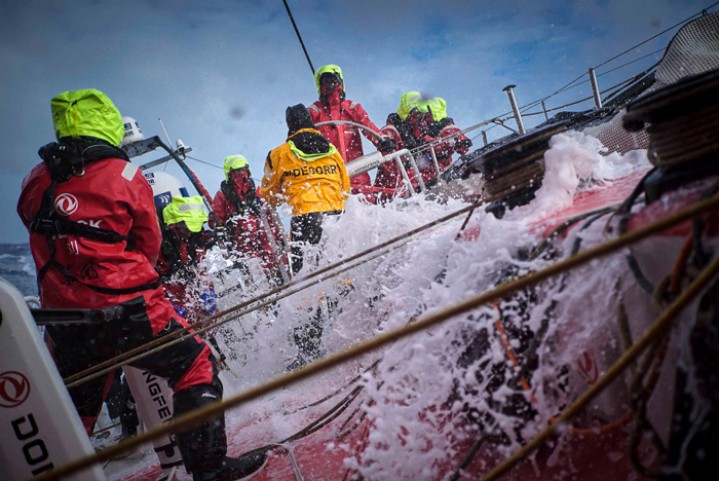 Dongfeng Race Team claimed a key landmark in the 41-year history of the Volvo Ocean Race on Tuesday when they emphatically won Leg 3 in their home port of Sanya to take the overall lead with six stages to go.

No Chinese team has won a leg in the race before despite two previous entries – Green Dragon in 2008-09 and Team Sanya in 2011-12 – but Charles Caudrelier’s (FRA) put that right in style. “It’s the most stressful leg I’ve ever done in my life,” said a mightily relieved Caudrelier, minutes after crossing the line. “But the result is fantastic!”

After finishing narrow runners-up to Abu Dhabi Ocean Racing (Ian Walker/GBR) and Team Brunel (Bouwe Bekking/NED) respectively in Legs 1 and 2, Dongfeng took a firm grip of the 4,670-nautical mile stage from Abu Dhabi to China, virtually from the start on January 3.

At one stage, entering the treacherous Malacca Strait, they stretched their advantage over the fleet to more than 106nm but the fleet never gave up their chase and as they skirted along the wind-shielded Vietnamese coast, Caudrelier found his team’s lead cut to under 10nm.

But the 40-year-old and his crew of experienced French sailors mixed with rookie Chinese Cheng Ying Kit (‘Kit’) and Liu Xue (‘Black’) stuck grimly to their game plan and slowly but surely stretched their lead once more as they entered the final day’s sailing.

An infuriating – for Caudrelier and his crew – lack of wind in the South China Sea kept the tension up into the small hours of Tuesday morning and once more the fleet led by Walker’s Azzam closed the gap a little but Dongfeng had come too far for too long to relinquish their advantage now. 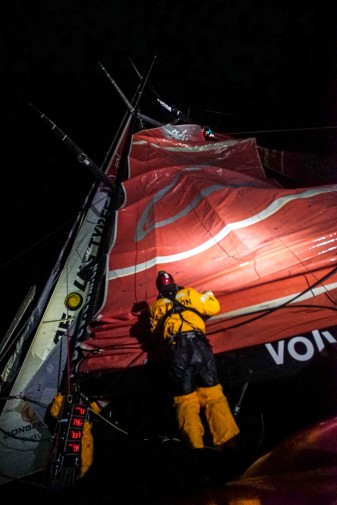 At just past 0731 local time (2331 UTC), they crossed the finish on a glorious Sanya morning just after daybreak, some 45nm clear of second-placed Abu Dhabi Ocean Racing (Ian Walker/GBR).

Walker went on to guide Azzam to a comfortable runners-up spot to follow their third place in Abu Dhabi from Leg 2 and pronounced himself very satisfied with a performance which keeps his team firmly on track, only one point adrift of the new leaders.

“We learned an awful lot in this leg,” he told a news conference. “And that will serve us well in the future of the race.”

Team Alvimedica (Charlie Enright/USA) also had plenty of positives to pull from their first podium place in a leg after they had started their entire campaign with victory in the Alicante in-port race.

The Rhode Islander concedes his young crew are still on a learning curve, especially compared with old hands like Walker and Bekking, who boast crews that have sailed many, many more miles together.

“We simply gelled a lot better on this leg,” he told reporters, before explaining: “We’re developing our relationships and finding efficiencies and starting to click more and more as we go along.”

For Bekking there was no such consolation to find after being pipped by MAPFRE (Xabi Fernández) into fifth spot; not the follow-up he was looking for after winning the previous leg into Abu Dhabi in such fine style.

Asked by a local reporter to describe his performance in three words, he could only find two that did the job adequately: “Bloody hopeless.”

Fernández, in contrast, had every reason to be quietly satisfied with his job as stand-in for Iker Martínez who skipped the leg to concentrate on pre-Rio Olympic training in Miami, but will be back at the helm for the next stage to Auckland from February 8. 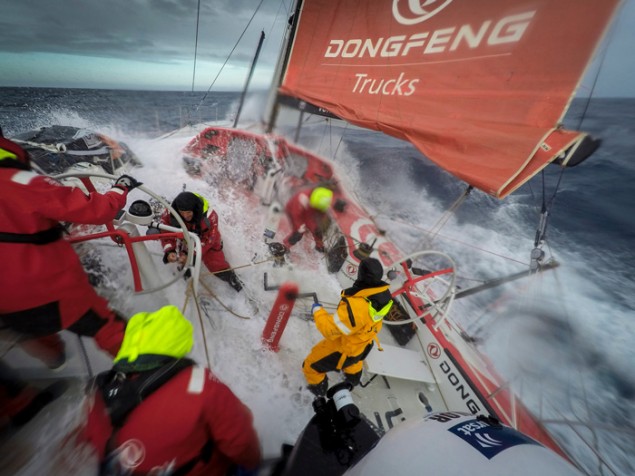 “We sailed the boat better and better and I hope we’re going to make more opportunities (to get on the podium in a leg) in the future,” he said.

Team SCA (Sam Davies/GBR) will bring the eventful leg to a conclusion later on Tuesday.

For the British skipper and her crew, it has been a stage full of promise and rising impatience to build on the daily experience they are gaining in future legs.

“We know that we still need to improve, but we feel that even in this second half of the leg we have moved forward and we are confident that we can keep gaining on our performance in Leg 4," she said in a message to her team from the boat. "There is a sense of impatience to go out there again and see what we can do.” 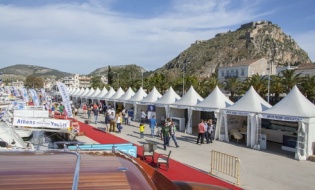 The Greek Yachting Association organized the 2nd MediterraneanYacht Show from May 2 through to May...