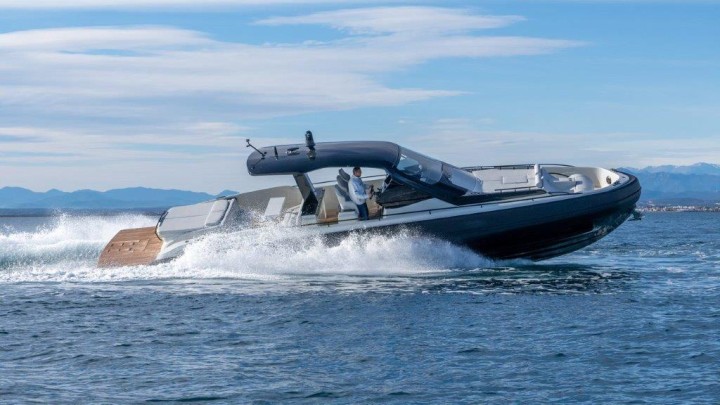 Indeed, during the press conference, CEO Gianni De Bonis and Managing Director Alessandro Sandonnini illustrated the excellent results of 2022, which saw revenue growth of more than 20%.

Sacs Tecnorib closed its first year with extremely positive results that marked the success of the industrial operation carried out in December 2021: the integration of Sacs S.r.l. and Tecnorib S.r.l. with the de facto launch of a new entity that is a world leader in the luxury maxirib segment and destined to become one of the main players in international boating.
In 2022, the new company recorded growing revenues with sales at the end of 2022 of 46.3 million euros, a 21.6% increase over the sum of the sales of the two separate companies in the previous year. Moreover, further growth of approx. 24% is expected for 2023, with a turnover target of € 57.5 M. 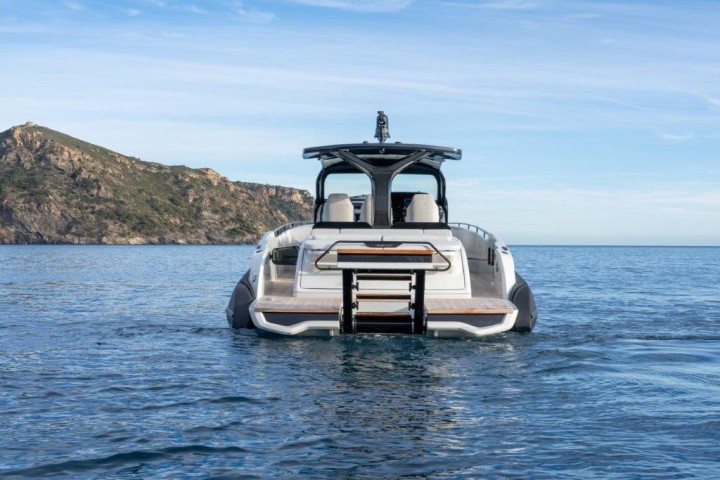 The integration operation, which was aimed at creating a stronger entity in a competitive market such as that of maxiribs and medium-sized boats, enabled several industrial synergies with reference to production sites, design, procurement and production processes, as well as the research and development area, while the commercial brands and respective sales networks were kept separate.

Gianni de Bonis, CEO SacsTecnoRib, said: “When we completed the integration at the end of 2021, we had some doubts but high expectations. One year since the operation, I can say without fear of contradiction that it was a winning idea. By being able to take advantage of all the related economies of scope, we were able to exploit the particularly positive market context in 2022, in a pro-active and not passive manner, increasing production to meet growing market demand. This resulted in an increase in turnover and profitability and job growth in the area that hosts us".

The new entity's ambitions do not stop there, as also confirmed by the investment plan that for the next 24 months envisages a substantial expansion of the Roncello production area dedicated to boats over 42 feet. 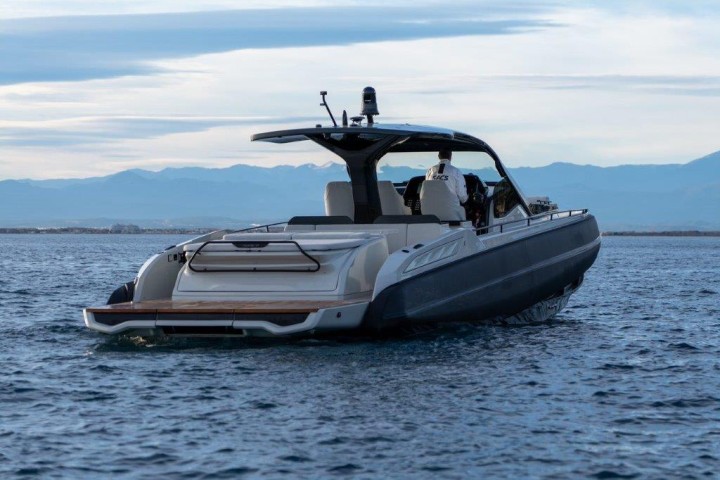 Sacs Tecnorib has also unveiled the new product mix that will consist of three distinct product lines when fully operational to cover the different needs of the respective market segments.
The first is the PIRELLI-branded speedboats line of which Sacs Tecnorib is a licensee, designed by Ted Mannerfelt, characterised by the walkaround layout that revolutionised the maxirib industry and capable of combining performance and on-board comfort.

The Rebel collection, on the other hand, features a unique design and strong personality, designed by Christian Grande and is capable of high performance in all sea conditions thanks to the use of technologies from the military and civilian rescue field. 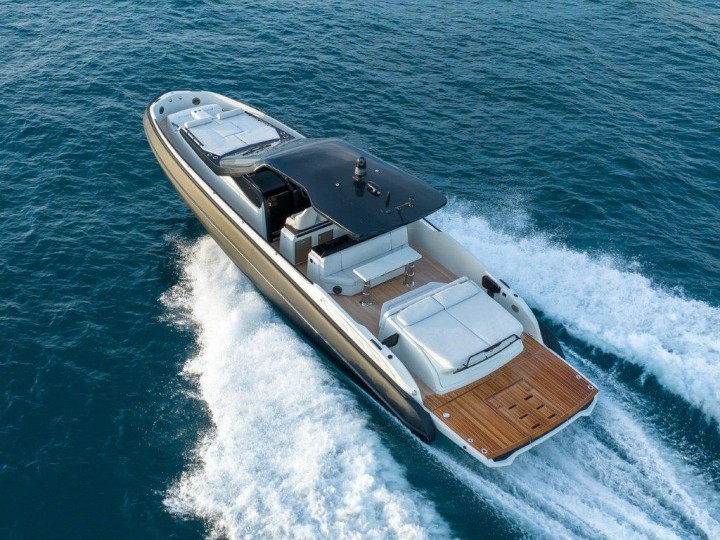 Finally, the Sacs Strider line consists of models with a modern design and customisable layout, able to excite thanks to the combination of speed and safety, ideal as both a maxitender and a day cruiser.

Two new models in particular were presented at the Dusseldorf show. The Pirelli 30 and the restyling of the Rebel 47.

The PIRELLI 30 is the new entry in the PIRELLI-branded walkaround Pirelli Speedboats line, created by Ted Mannerfelt, head of the Swedish Mannerfelt Design Team, which has incomparable experience in the construction of racing hulls. The boat is a day cruiser designed exclusively in an outboard version to accentuate its adrenaline-pumping and sporty soul of the brand. The new model presented in Düsseldorf is available in two different bow configurations: one offers a complete walkaround that allows passage around the boat and is ideal for enjoying social activities on board, and the other that takes up the Mediterranean tradition of using the bow as a sundeck.

Redesigned by Christian Grande, the Rebel 47 is the natural evolution of the iconic model launched in 2017 which met with an exceptional market response, more than 60 units delivered in the last five years. This new version is a luxury cruiser with a modern design and specially tapered foam profile that renders the external layout sinuous and elegant. The hard top in carbon fibre is fully remodelled to lighten the entire structure and further lower the centre of gravity to increase stability. Among the innovations of the Rebel 47 is the new windshield with large, rounded shapes to guarantee maximum visibility from the helm station, a reduced beam to fall within the 4-metre width, which offers a considerable advantage when docking in port, and a new range of metallic paints. 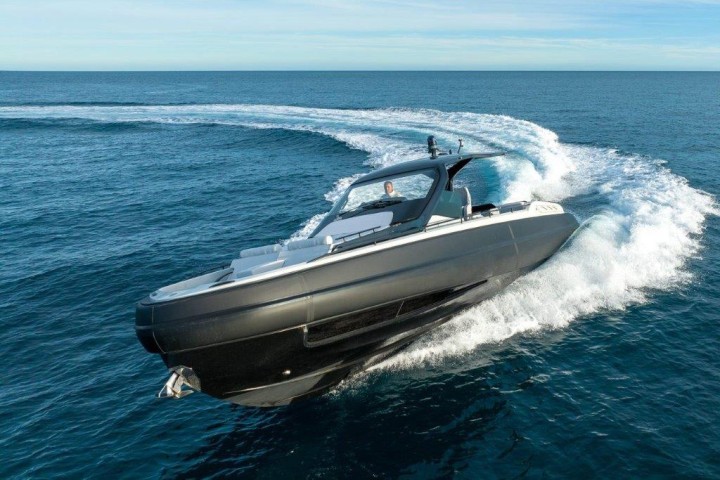