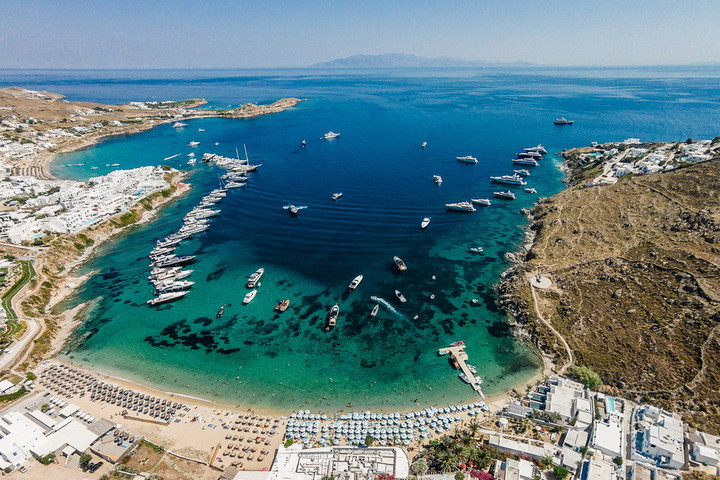 The event – La Dolcevita Summer Party – was celebrated at its elite hub for yacht and superyacht owners in the Aegean Sea, known as the Riva Private Deck, located at the illustrious Nammos Mykonos, on Psarou Beach.
Some 200 clients and partners celebrated the recent launch of Riva’s new flagship model, the new 110’ Dolcevita; while another 15 yachts from Riva and the Ferretti Group were on show. Entertainment was provided by Nientedimeno, a swing band from Napoli, while guests were served signature Riva cocktails and a special buffet provided by Nammos Restaurant by the Sea. 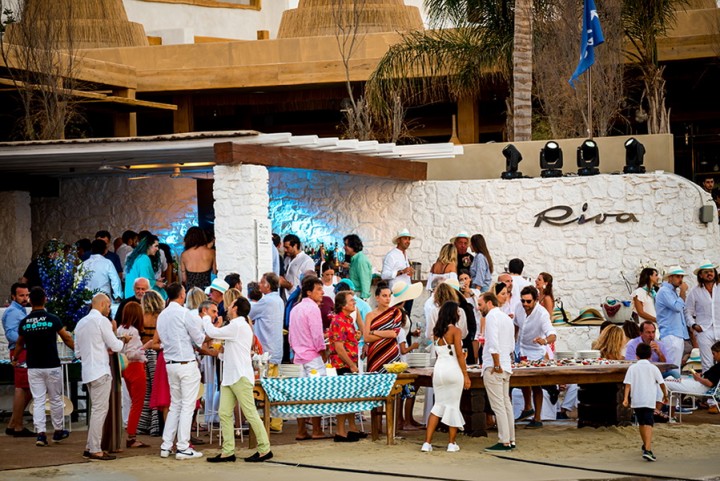 THE RIVA PRIVATE DECK
The Riva Private Deck - owned by EKKA Yachts - is the only yacht service office located on a beach in Greece. It forms part of Nammos’ ‘cabanas concept’ which was launched in August 2016, and this is the deck’s third season of operation.
Yachting services such as sales and purchase, technical support, crewed yacht charters, seabob sales, and Riva brand experience accessories are offered by EKKA Yachts and the bar is operated by Nammos. 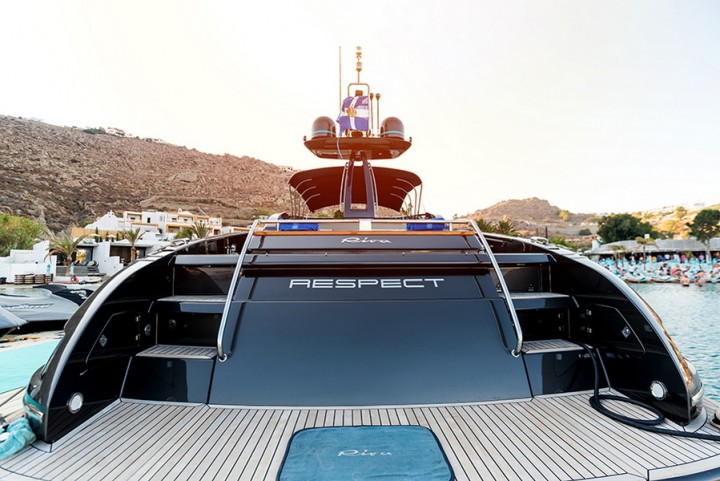 RIVA DOLCEVITA 110 AT A GLANCE
The Dolcevita 110 is a 34m luxury yacht, built in Italy by Riva and delivered in the 2018. It's powered by twin 16V 2,000 MTU diesel engines, good for a top speed of 26 knots, a cruising speed of 23 knots, and a range of 430 nautical miles. It can accommodate up to 10 people with 5 crew members, and its flybridge has a large open area for entertaining. Below, the open plan saloon has floor-to-ceiling windows on all sides for excellent views. The forward master suite is also bathed in natural light, with a queen-size bed positioned against the forward bulkhead, offering an exceptional view of either side of the yacht. On the lower deck are four staterooms, roughly equal in size, which is unusual for a yacht this size. 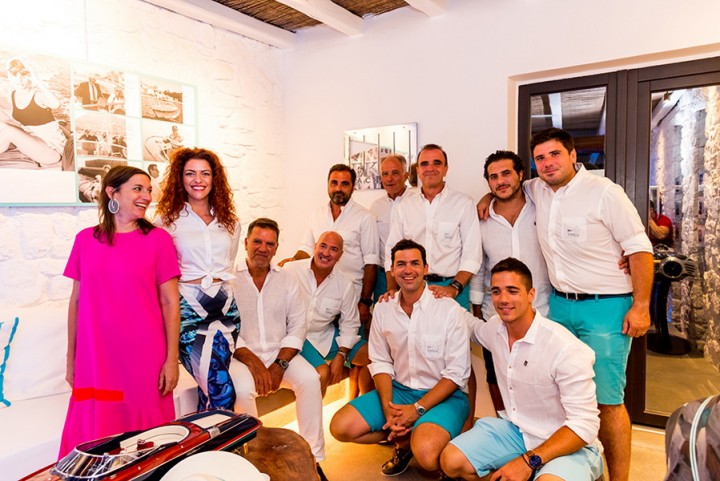