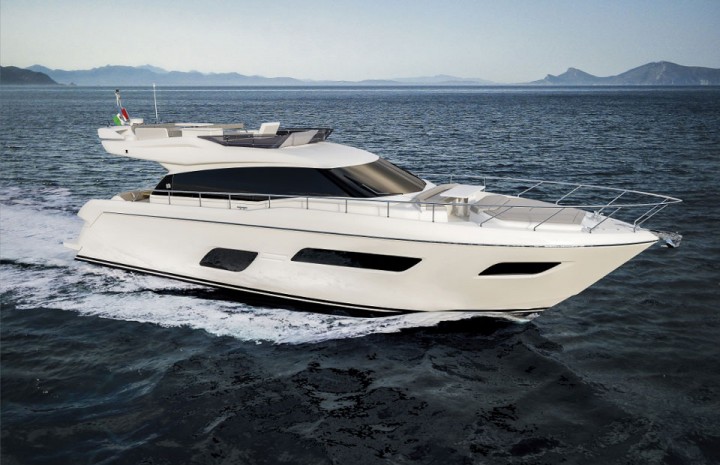 Meanwhile CRN shipyard begins the construction of the Zuccon most recent project, the 50-meter superyacht Superconero. A stylish season beginning for Zuccon International Project that, in collaboration with Ferretti Yachts, will present two new projects in exclusive preview at the first international boat show of the season 2015-20156.
At the next Yachting Festival 2015, held in Cannes from September 8th to September 13th, visitors will admire the brand new Custom Line 108' and the Ferretti 550, moored at the dock along with the other yachts of the Ferretti Group range. 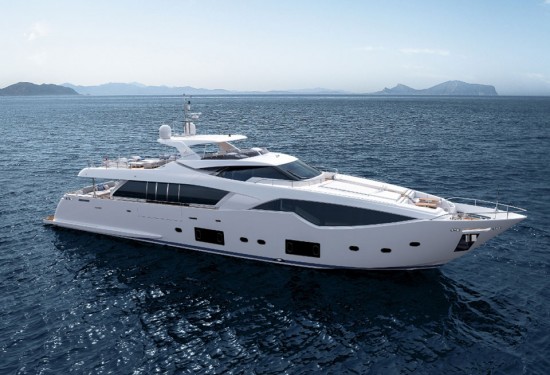 On her official debut the Custom Line 108', heir of the successful 100' model so much appreciated that 14 units were sold in just three years. The first Custom Line 108' unit was launched only a few days ago, with a ceremony held in La Spezia on July 30th, while other three units are already under construction. For the new 32-meter Zuccon International Project revisited the exterior design expanding areas of the cockpit, upper deck and flybridge (36 sqm fully customizable by the owner), as well as the interior. On board interesting technological innovations and style characterized by a new design, created exclusively for this model, so to offer the owner a unique Italian jewel.

The newly arrived 550, as well as her 'big sister' Ferretti 700, is the result of a smart cooperation between Zuccon International Project, in charge of the external lines, layout and interior décor, and Ferretti’s R&D department. While maintaining the range’s characteristic features, the Zuccons’ created for this model a new style that combines the formal elegance of the lines with the yacht’s strong sporty character. On the outside decks, as well as on the interior, the new 16 meters offers plenty of spaces for to the guests’ fun and relax, so much that it takes her to the same level of even bigger yachts.

The long-time collaboration between Zuccon International Project and Ferretti Group, therefore, continues under the sign of continuity and innovation, perfectly highlighted by the recent sale of the first Superconero model, a 50-meter superyacht designed by Zuccon for CRN shipyard in Ancona. The contract was signed just one month after the project was publicly presented in May 2015.

The Zuccon architects will be available during the Cannes Boat Show to illustrate the project’s most original features, as well as to discuss future novelty.