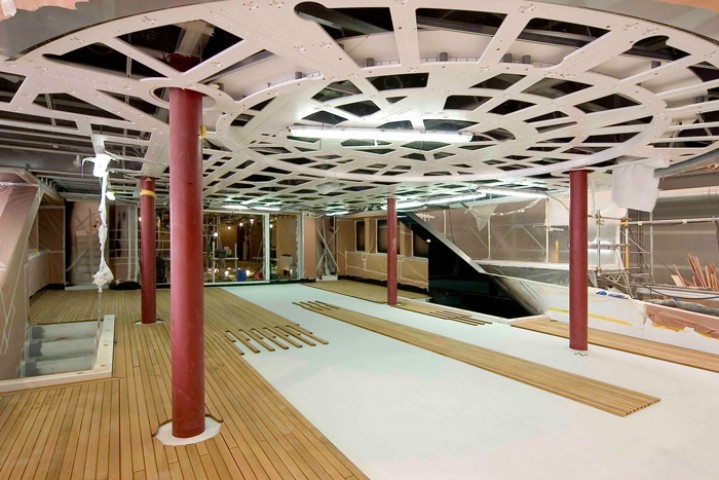 TANKOA - the first Boutique Shipyard with a multi-cultural approach of yacht construction – has the pleasure to confirm a very active period following the two orders contracted in the past 13 months and serious negotiations underway for several yachts between 50 and 80 meters.

According to Michel Karsenti, Tankoa’s President Guido Orsi and Tankoa's CEO, Euro Contenti, this considerable activity is the direct result of Tankoa’s commitment to quality, countless investments in engineering, production processes and constant specification upgrades. Karsenti recently told us that “the numerous clients’ representatives and surveyors that visited us in the past few month have all been unanimous.

They found in Tankoa something they never encountered anywhere else in Southern Europe”. Contenti adds: “It is the living proof there are a number of buyers that recognise that Italy has a serious edge when it comes to flexibility and are ready to pay a slight premium for the quality and durability that only Tankoa can offer”.

Tankoa S693, contracted in March 2014 by Yacht-Ology’s loyal client, is on schedule for delivery in late July 2015. The yacht will be moved out of the shed on June 15th to be prepared to be launched the week of June 22nd . The yacht, with a displacement of apx. 1,000 tons at launch, will be moved to our floating dry-dock for technical tests before touching the water for the first time. 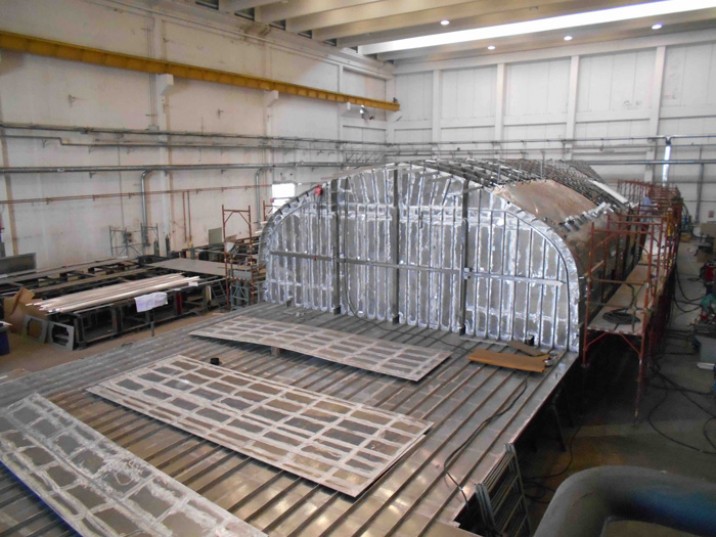 From July 1st until the end of the month, the yacht will undergo onshore testing, sea trials and stability tests, and all the necessary Class endurance runs. The yacht will start cruising in second half of August after all the owner’s supplies and toys have been safely installed onboard. Tankoa S693 will be exhibited and officially presented to the brokerage community and the industry at the 2015 Monaco Yacht Show.

The Tankoa S501 model, officially introduced to the public and media last September in occasion of the 2014 Monaco Yacht Show, with Hull #1 contracted in late January 2015, is now well underway.

As of late April, welding of the main deck as been completed and three sections of the aluminium hull are being assembled, while the first block of the superstructure will be ready just before summer.

The hull will be completed in June and the entire hull, deck and superstructure will enter the fitting out shed at the main plant in Genova before the end of September 2015.

The interior design of the main deck and guest cabins, done by Francesco Paszkowski Design Studio together with Margherita Casprini, have been approved by the client and the full size mock-up of one VIP guest cabin will be ready at the end of June for inspection and eventually allowing the client to modify some details.

Project S501 represents the quintessence of the result between a high quality builder and a marketing and sales organisation that is in daily contact with yacht owners, captains and surveyors.

Work resumed on S701 which was the second initial project being built on spec by the shipyard. Born as a 65 meter, just like S693, the entire project has been re-engineered, including tank testing, showing brilliant results.

From a bare metal hull and superstructure, visitors can now see a dedicated team of workers sanding the hull and faring it in order to move ahead and shorten the potential delivery time for one of the four potential buyers negotiating a contract with us at the time of issuing this release. 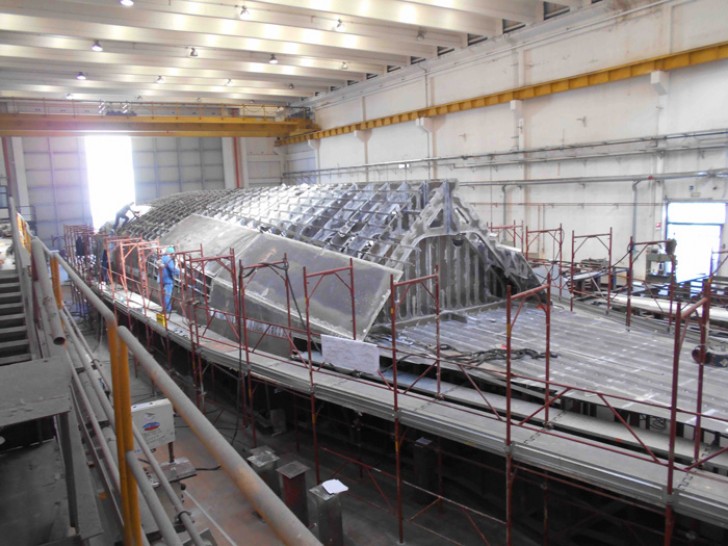 Together with the development of a new project that will be released during the coming Monaco Yacht Show, S701 is another project that keep the shipyard busy. Two GA proposals have been finalised for S701, one with a full private owner’s deck, and five guest cabins, while the other plan offers two owners suites and four or five guest cabins.

Moving ahead with the project, Francesco Paszkowski and Margherita Casprini have been given the mission to create a “spec decoration interior proposal” that would cut down delivery time even if an owner brings his own interior designer to have his own specific decorations.

The very interesting aspect of S701 is that she can be completed in two different versions at:

65 meter, with a delivery time of 18 months from contract

70 meter, with a delivery time of 22 months from contract

Gross tonnage will depend on the final length decided by the client and vary from 1,350 GT to 1,450 GT.

The S701 engine room has already been fitted with engines and generators and engineering for the 65, while the 70 meter version is ready to go.