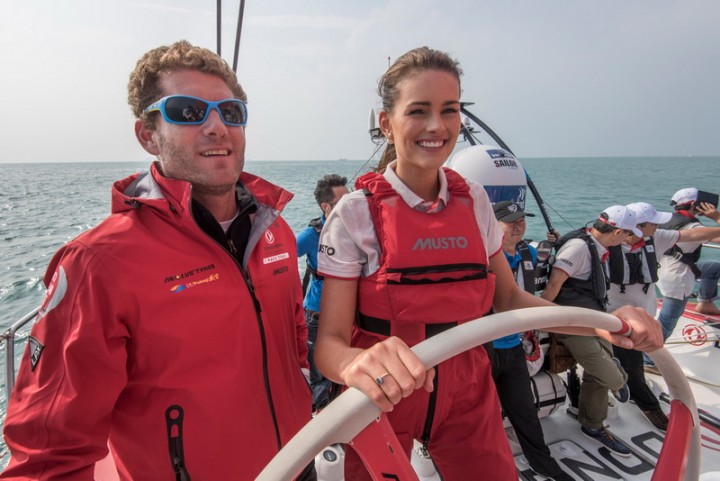 Miss World Rolene Strauss is used to being the focus of the photographer’s lens but on Thursday she turned the camera on herself to capture the most amazing ‘selfie’ (see below) up the 100ft (30.3 metres) mast of a Volvo Ocean Race boat.

The challenge to shimmy up the mast turns many a strong guy into jelly, but the 22-year-old from Volkrust, South Africa, didn’t need asking twice when Race leaders, Dongfeng Race Team, challenged her to do the climb in Sanya, China.

Miss Strauss, who won her title in London last December, was hoisted up the mast – the equivalent height of six giraffes – in a matter of a couple of minutes and took a leisurely view of the harbour before coolly lowering herself down.

“It was beautiful,” she bubbled. “The scenery is so beautiful and it was lovely being out there on the ocean. I just fell in love with Sanya and with everything. It felt it was like I was on top on the world. 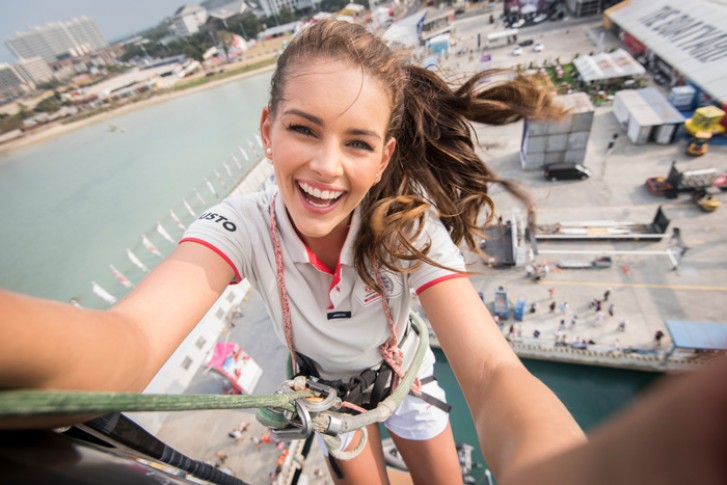 “I drew a big eye (on the mast), looking down on the boat, and then I wrote ‘one world, one strength’. If the crew works together as one they will have more strength and they will prosper in the race.”

Dongfeng and the rest of the fleet, on a nine-month, 38,739-nautical mile offshore marathon race around the world, leave China on Sunday for Auckland in New Zealand for the fourth leg of nine. The race is scheduled to finish in Gothenburg, Sweden on June 27. 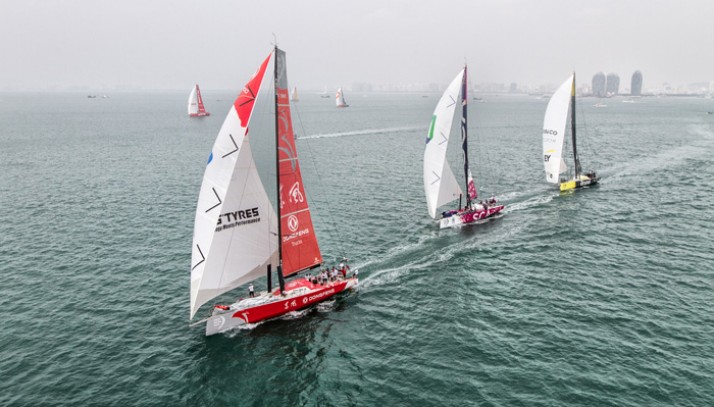