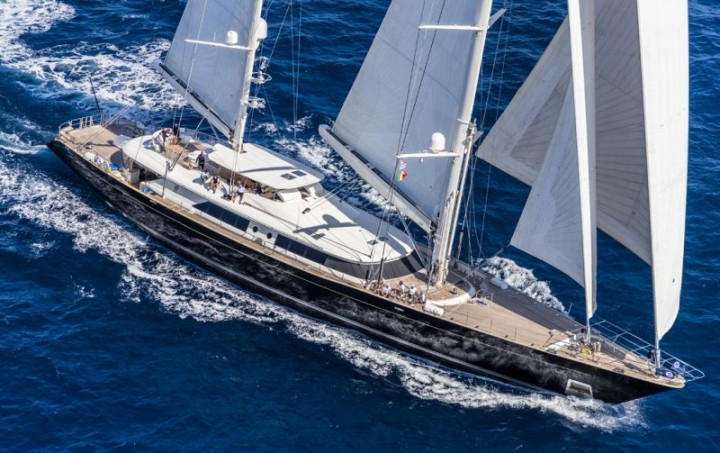 Caoz 14 (previously named Selene and Parsifal IV) is a graceful 56m Perini Navi sailing yacht launched in 2007. Following on from their win in the Best Refit category for the Vitters yacht G2 at the 2019 World Superyacht Awards, Nauta Design was tasked by the owner to refresh her aging interior design.

The owner’s brief aimed at opening up spaces longitudinally, so that guests could have a deep field of view, and transversally to have a full-beam salon with spectacular views of the surrounding seascape from both sides. Most of all, as a yacht destined for family use it had to have the feeling of “harmony, peace and light.”

“We wanted to update the yacht starting with interiors that would be modern and warm, airy and welcoming,” says the owner. “We had an immediate feeling and connection with Nauta Design, Massimo Gino and Mario Pedol. Their team understood what we wanted to do very well, and they interpreted our initial brief in an exceptional way.” 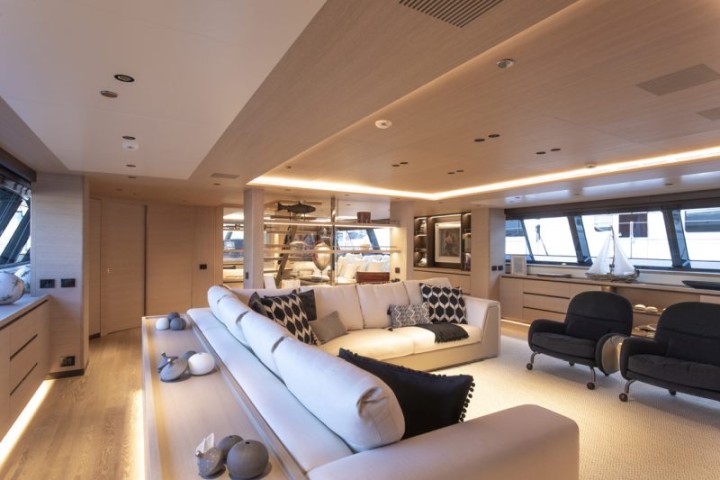 Nauta focused attention on transforming the old-fashioned dark tones and series of separated or enclosed spaces into an open and connected contemporary environment, as well as introducing its signature clean and balanced lines to enhance the onboard lifestyle according to the owner’s brief.

For example, a crew corridor along the port side of the main salon had a negative impact on the sense of airiness which, combined with the dark colour palette, made the space feel a bit oppressive. The stairwell was also enclosed by bulkheads and led to a sense of confinement. 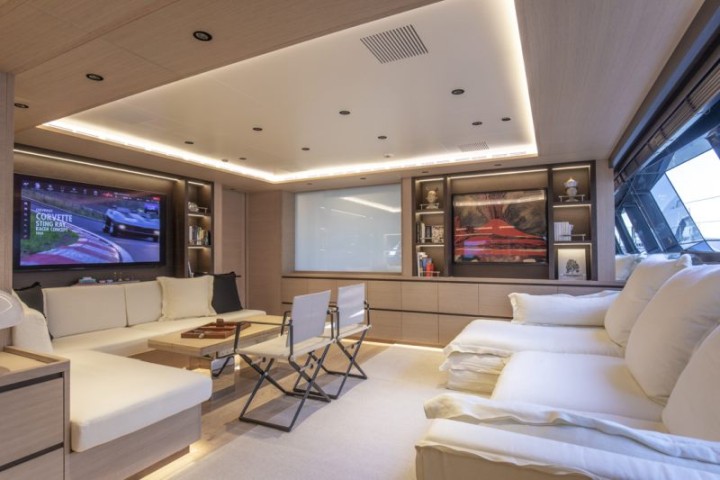 “Our objective was to open up spaces and let the beauty of the yacht’s natural surroundings in,” says Mario Pedol, co-founder of Nauta Design in Milan. “To this end, we worked to eliminate structures and impediments that blocked the views and complicated movement through the yacht.”

OPENING UP THE VISUALS
Nauta started by redefining the yacht’s layout to open up the visuals from port to starboard and fore to aft. First of all, the crew corridor was eliminated so that the main salon became full beam with views on both sides. The stairway was also redesigned to be less intrusive with floating treads inserted in a central spine, all encased by a transparent structure. 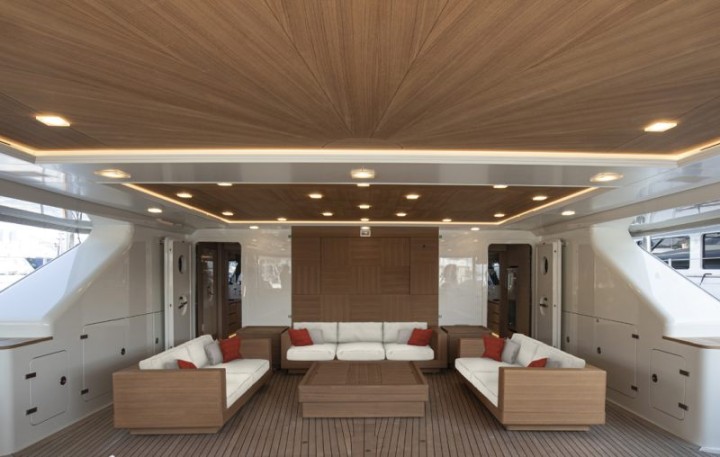 The forward section of the saloon was redesigned and hosts now a multipurpose relax area, with a comfortable TV lounge and an extendable coffee/lunch table: a less formal, yet cozy area, which can be used also as playroom for kids.

To open up the interior still further, a Smart Glass panel was inserted into the bulkhead between the TV lounge area and the wheelhouse. This window can be made opaque for privacy, but when in transparent mode it provides sightlines all the way to the bow to create the sensation of a continuous, uninterrupted space.

Along the same line of thinking, the heavy swinging doors between the aft cockpit and the main saloon were replaced with automatic sliding glass doors to bring light inside and connect the interior with the exterior. 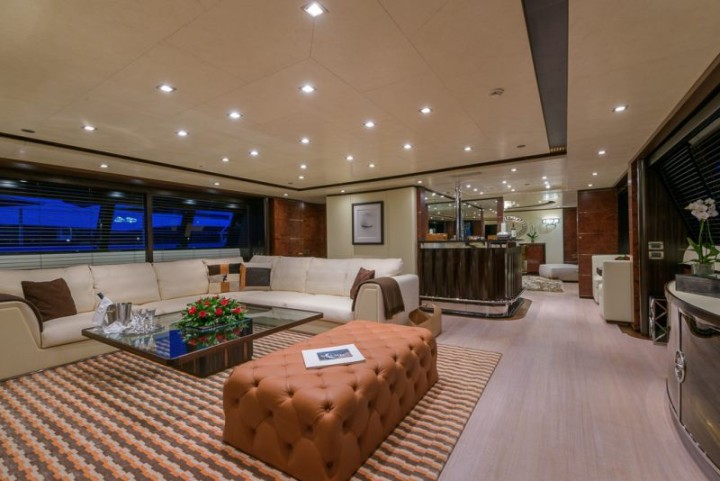 ALL-NEW COLOUR PALETTE
Embracing all these improvements is an all-new colour palette comprising light-toned oak wood, white lacquer and brighter flooring. The studio worked closely with the owner’s wife to choose loose furnishings and fabrics, such as the carpets by Kashtall, Dedon outdoor seating, Eames lounge chair and pouf by Vitra in the main saloon, and other items.

Another important part of Nauta’s work was to evaluate ergonomics, work paths and functionality to make on board life as comfortable as possible and to satisfy the owner’s brief for lots of spaces for books, art and other collections,” says Pedol. “This part of the job involved creating niches, shelves and other storage spaces, both open and closed.

Nauta was also careful to make sure that certain elements could be transformable or convertible. The dining table, for example, has a sophisticated system for adjusting the height and expanding it for different uses and situations.

Careful attention was paid to lighting and Nauta teamed up with Cantalupi to create a system that offers different lighting scenarios through ceiling spotlights, rope lights in the shelving and along the kickers. These elements are complimented by lighting fixtures from top design houses Fontana Arte, Oluce and Artemide. A new domotic system was installed for controlling everything from lighting to opening and closing the window blinds. 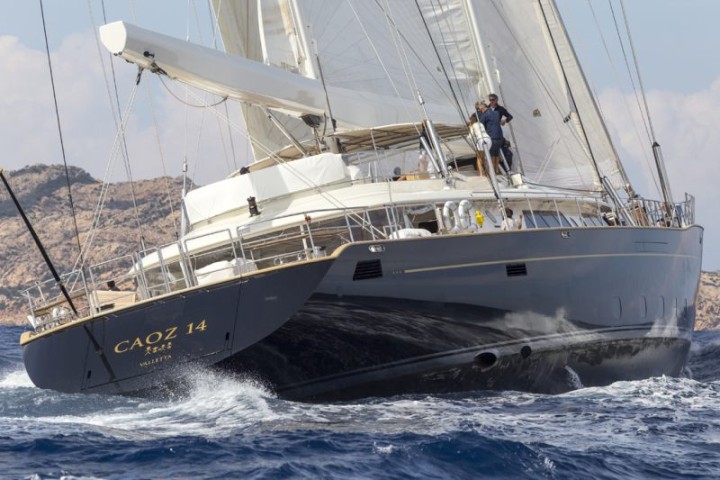 BRIGHTER AND MORE FUNCTIONAL
Even service and crew areas such as the pantry and the wheelhouse were upgraded to be in keeping with the guest areas as per the owner’s request. The pantry was made brighter and more functional while a seating area with a couch was added in the wheelhouse so that both guests and crew can enjoy the experience of navigation. Dark burr maple was replaced in these areas with the same light toned veneer used in the salon. Even the day head on the main deck was updated and upgraded with new materials for a more practical use.

In the aft cockpit the previous commercial loose furnishings were replaced with custom designed sofas and coffee tables built in high quality teak. In addition, a new teak ceiling for both the seating and dining outdoor area made the atmosphere much cosier and welcoming.

The refit works were expertly carried out by MMC Allestimenti in Genoa in just six months, despite the Covid-19 restrictions in place at the time of the refit that meant the company had to reorganise its workflow and organisation.

“The owners are very happy with the final result and we are grateful to have had the opportunity to contribute our experience to the successful CAOZ 14 main deck refit, and for their very important participation to the design work itself, with their suggestions and choices ,” concludes Pedol. “We wish the family ‘buon vento’ in their voyages aboard the new-look CAOZ 14.” 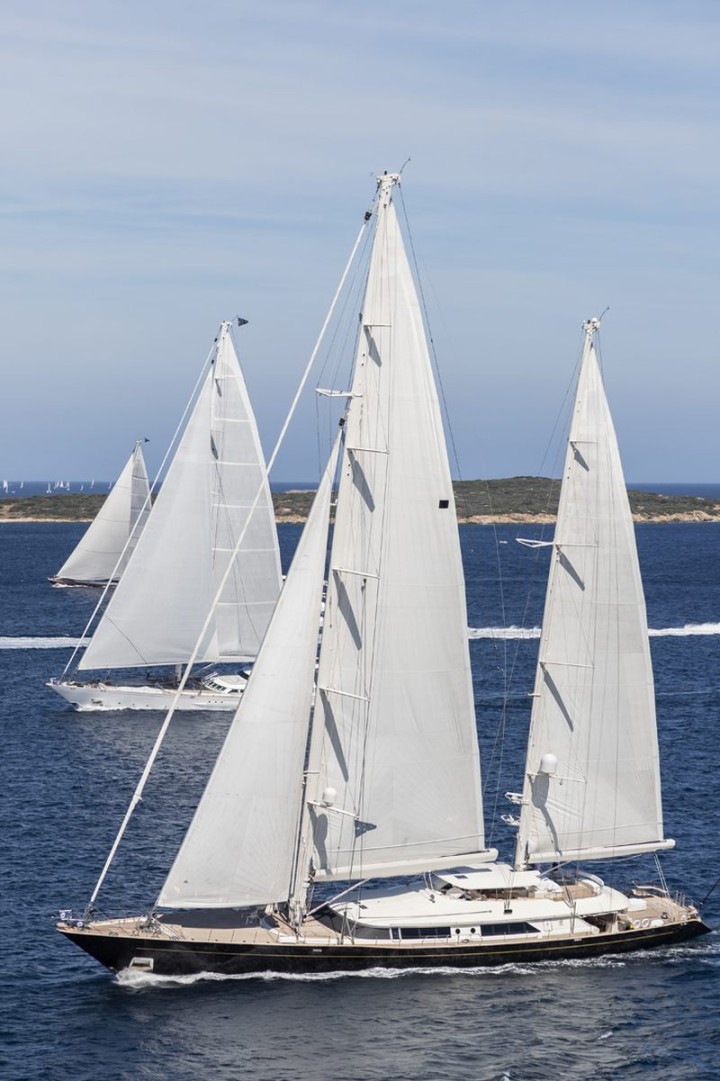 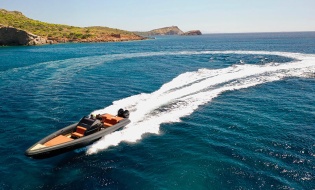 TECHNOHULL® has just launched one of the year’s most hotly awaited new boats at its... 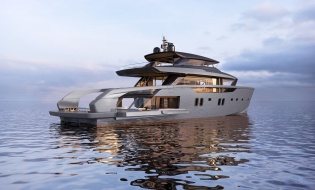 Sanlorenzo SX112: the sea on board

A pioneer by definition, visionary and resolute, once again Sanlorenzo aims for the horizon and...