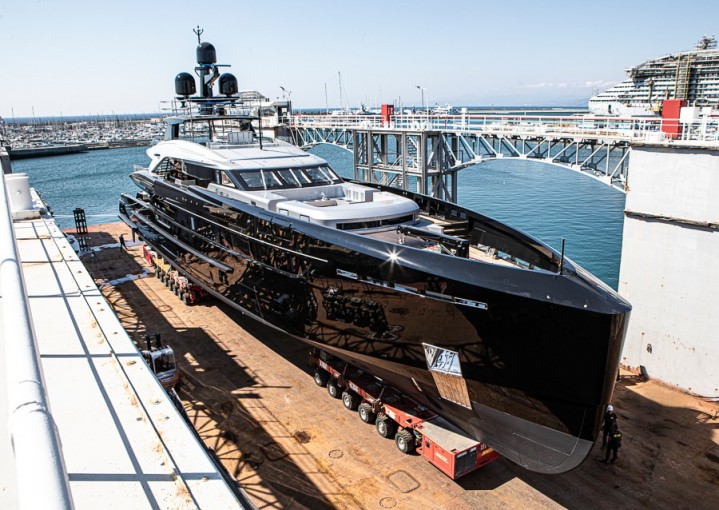 The technical launch of 50-metre M/Y Olokun (S501 hull n.3) designed by Francesco Paszkowski with interior décor by Casadio Miami/London took place at the boutique yard in Genoa on September 12.

The 50-metre series platform has been fine-tuned and perfected, both technically and aesthetically, with each new launch. M/Y Olokunhas a semi-displacement hull combined with conventional diesel propulsion for a top speed of 17,5 knots and a cruising speed of 14 knots. 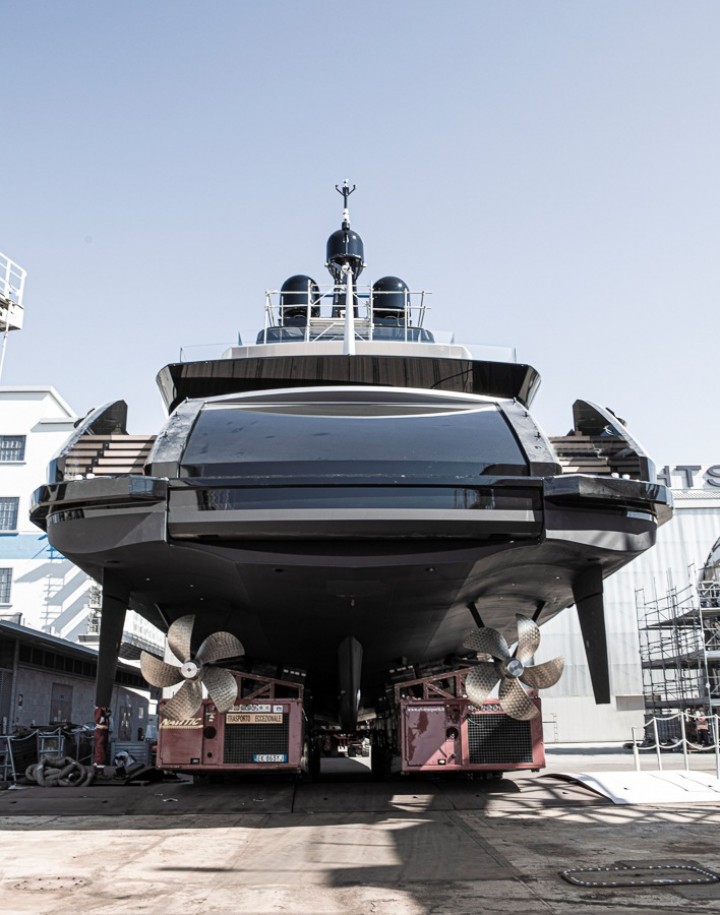 The layout is similar to her predecessors with fold-down terraces in the owner’s suite on the forward main deck, a side-loading tender garage in the stern, and a generous beach club in the transom. There are two important variations, however: the main deck aft is dedicated exclusively to an enormous lounge for relaxation with the dining room on the upper deck, while the forward master stateroom features a private study that can be converted into an extra ensuite cabin. “S501 hull n.3 was started on spec and the owner came into the project quite late during construction, but as a boutique shipyard we wanted to offer him maximum flexibility to tailor the yacht to his personal needs,”says Vincenzo Poerio, CEO.“The second cabin connected to his own suite on the main deck is a good example. It meant cutting a hole in the bulkhead and re-routing all the wiring so his private office could be converted into a cabin. 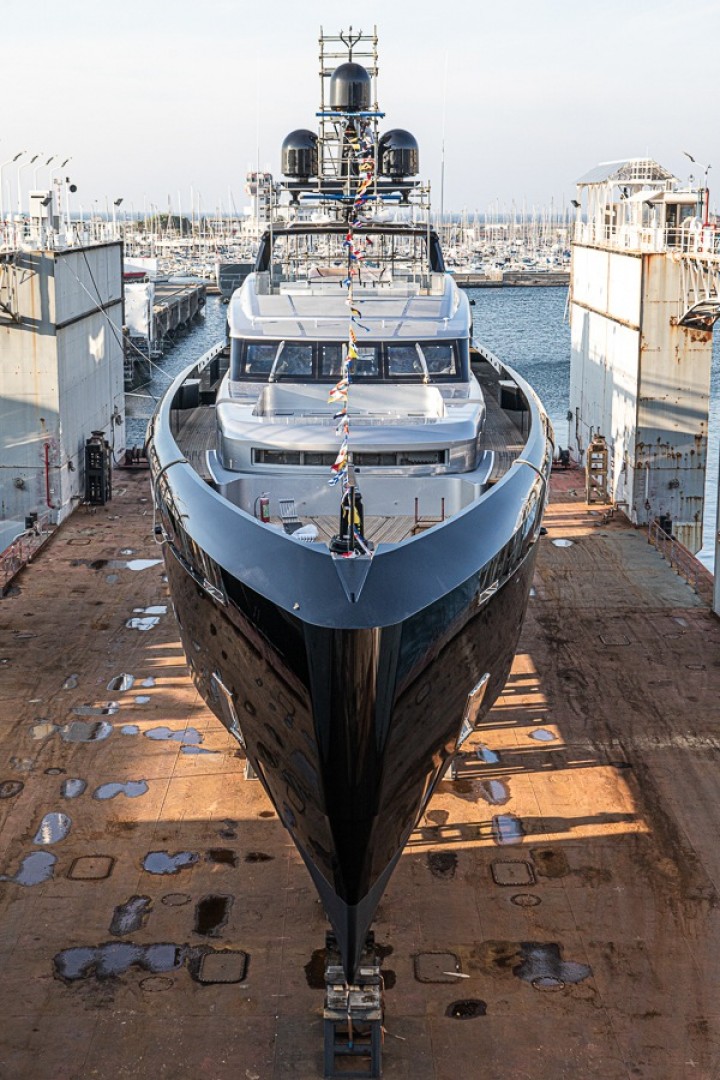 Another example is the distinctive black hull and metallic grey superstructure. Dark hulls canabsorb the sun’s rays and overheat, but in order to satisfy the owner’s request and achieve optimal results Tankoa specified the most high-performance coatings available that reduce the temperature of the metal hull by as much as 10°C. “We wanted to deliver a finished product that surpasses expectations and the end result is spectacular,” concludes Poerio.

The yacht systems will now be fully tested and the interior outfitting completed prior to sea trials and final delivery at the end of November. M/Y Olokum’s exclusive interior design is by Casadio Miami/London, US-based studio with experience in the residential, aviation and marine sectors. 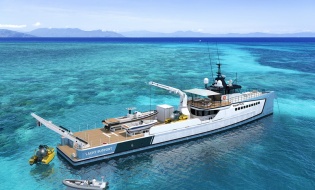 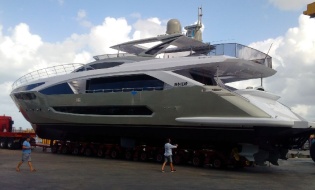 She is one off model for a special client who has bought three Amer yachts...