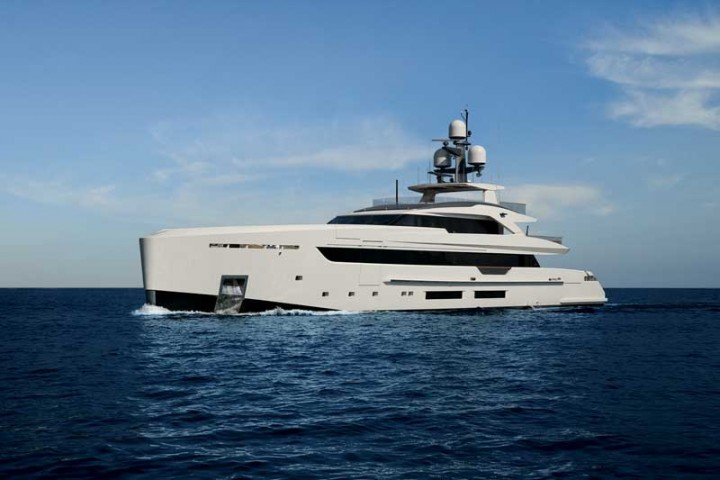 The first sea trails of the new TANKOA S501 M/Y Vertige after her February launch have given truly exceptional results.

While performances of 50 meter long Vertige were to be measured in calm seas and five knots of wind, actual sea trails took place with over a meter waves and a crossed choppy sea with northerly wind gusts up to 30 knots.

Edoardo Ratto, General Manager of Tankoa Yachts, commented: “The first sea trails, which lasted about eight hours, were simply incredible. Vertige reached a top speed of 16.5 knots at 60% load (about 33,000 liters of fuel and more than 20,000 liters of water). S501 has a range of over 5,000 nautical miles at 12 knots, which really makes a difference when going for Atlantic crossings. There were no vibration at all and the decibel readings were inferior to contracted levels – in the owner’ssuite and Vip cabin, levels were below 50 decibels”.

During the first trails, while performing all the maneuvers foreseen by international standards, the Vertige’s excellent handling was confirmed: even when the stabilizers were not enabled, the yacht demonstrated excellent stability. The S501 project has clearly surpassed even the yard’s most optimistic expectations. Tankoa S501 Vertige therefore represents the result of the ideal alliance between a highly qualified builder and a sales and marketing organization in daily contact with owners, captains and brokers. 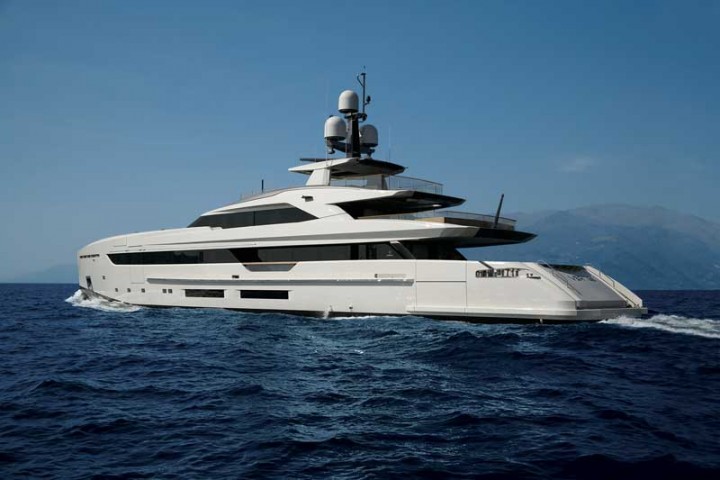 ABOUT S501 DESIGN
Tankoa’s management team worked in close collaboration with Francesco Paszkowski to design the project and fulfill the following set goals:

- Achieve a perfectly balanced, fluid and timeless design that will not look like what is currently offered on the market.
- Offer perfect circulation flows for owners and guests, providing them with the possibility to move from deck to deck and from inside to outside without interfering with the working crew, while at the same time giving the crew total freedom of movement to carry on with their tasks.
- Provide a 499 gross ton package for the owner with amenities and equipment commonly found on much larger yachts.
- S501 hull N°1 is a six cabin yacht that includes: main deck full beam owner and Vip suite, two Vips and two guest cabins on the lower deck, gym, home cinema on the upper deck, a 7-meter tender garage, two jet skis and rescue tender forward. Other amenities include floor to ceiling windows, foldout hydraulic terraces in the owner’s suite and on the aft deck increasing the already considerable available space…

Maintaining permanent visual contact with the sea was one of the other tasks assigned to Francesco Paszkowski’s design team. Interiors, as per client's request, were designed by Francesco Paszkowski Design Studio in cooperation with Margherita Casprini and reflect a "modern but warm" atmosphere.

The result will simply be one of the most beautiful 50-meter yachts ever build under 500 GRT. The level of detailing, both inside and outside, is in line with what everyone usually expects to find onboard much larger yachts. 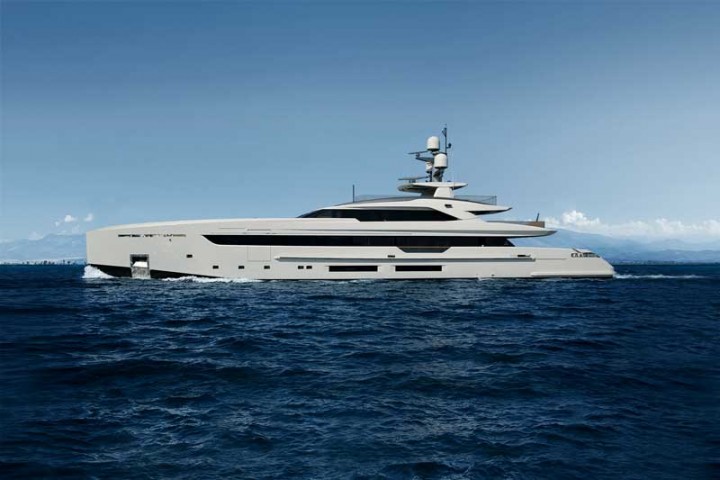 YACHT BUILDING
The Tankoa Vertige S501 is built entirely in aluminum light alloy 5083. Construction has been carefully followed by builder and build engineer Albert McIlroy, the owner’s representative. Albert has been responsible for supervising construction of a number of yachts worldwide and mainly in Northern Europe. Questioned about the advancement of work onboard S501, McIlroy recently declared - “...I followed the construction of the first delivered Tankoa Yacht, the 69 meter Suerte. This was a very large yacht for a first, but it was backed up by the limitless experience of Tankoa’s managers and technical office. This being said, it was a challenging experience as we were working with a very tight contractual delivery schedule. With S501, the shipyard has greatly improved their time schedule management and operation processes and they truly have a Teutonic approach that often leaves me speechless for an Italian builder. I can say, after having supervised the construction of many yachts worldwide, not only the work pace and productivity at Tankoa are superior but it is also probably the first time I see the production schedule fully respected without altering the incredible flexibility that Tankoa is becoming known for.”

The above mention factor is truly a plus as the Tankoa organization and business plan, calling for only-the-best subcontractors and suppliers, comes within a package offering typical Italian styling and flexibility at a more competitive price point than our northern European colleagues.

S501, while still under the 500 GRT mark, offers spectacular layout and amenities that include: 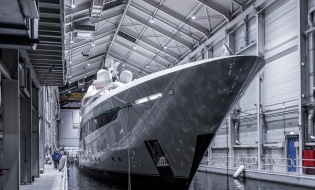 Emerging from the yard in Aalsmeer this week for final finishing and sea trials is... 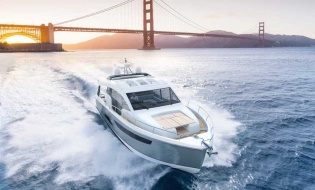 With the new Sealine C530 the HanseGroup is taking a new course in motoryacht construction.