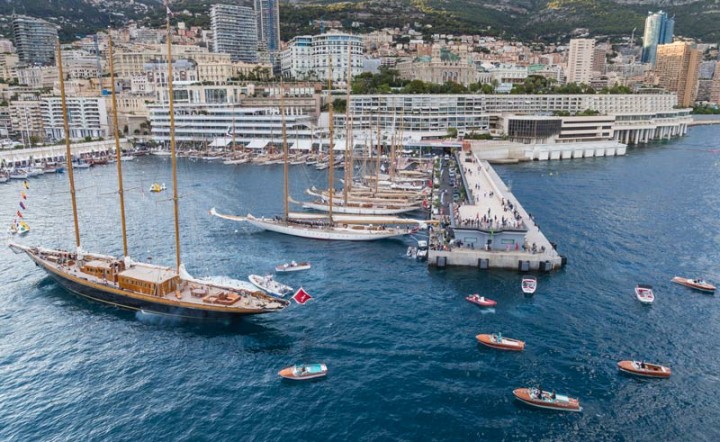 The 13th Monaco Classic Week - La Belle Classe, one of the largest classic yacht meetings, ended today after a week packed with magical events in a Roaring Twenties atmosphere.

Time has no hold on this one-of-a-kind biennial event which attracted nearly 150 boats, from classic yachts to period motor-yachts and vintage motorboats, here to pay tribute to our maritime heritage. Launched in 1994, the meeting has not only retained its freshness, but also the spirit of the first powerboat meetings from 1904 when the Principality hosted the world’s industrialists taking part in nautical events.

It was a week dedicated to the Yacht Club’s Art de Vivre la Mer philosophy, alternating events at sea, technical inspections, a culinary competition, the arts and elegance. “It is this sort of event that repositions Monaco as the city it was conceived to be, one centred around the harbour,” notes the Yacht Club de Monaco’s General Secretary, Bernard d’Alessandri. “Monaco is a yachting destination for both modern and traditional yachts.”

Among the highlights, 90th anniversary celebrations for Creole, Xarifa and Trinakria who made a stunning entrance on Saturday into Port Hercule after racing, and a moving tribute to Carlo Riva, the brilliant designer behind the famous mahogany-hulled motorboats so coveted by the jet set in the fifties.

The big winner of this edition was the gaff cutter Viola, a beautiful 1908 sailing yacht which in France is considered a historic monument. Delighted to receive the Monaco Classic Week Trophy, YCM member Kostia Belkin summed up the history of his boat in two words - love and expertise: “As skippers, we know that boats which are loved, remain beautiful forever. I also think expertise is vital to conserving our maritime heritage. Without the teams of marine carpenters, Viola would not be so beautiful.”

A reminder that this prize is awarded to the boat which obtains the best marks in the La Belle Classe Restoration prize, won this time by The Blue Peter, and the Elegance prize which was won by Elena of London, the replica of the 1911 Nat Herreshoff schooner, Elena. 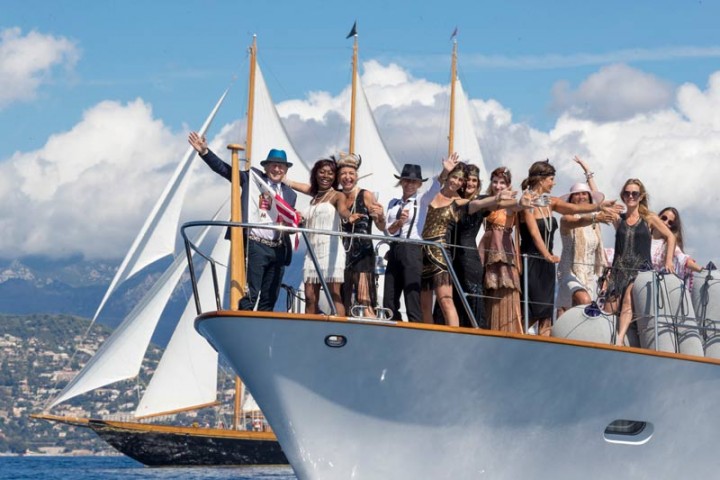 The jury, presided by Sir Robin Knox-Johnston, had a difficult task choosing a winner from such a quality field of participants. “It was not at all easy to choose as the standard is so high. And we admire and are grateful to all the owners for their commitment in keeping the boats they love so much still sailing. It is important to pay tribute to them and encourage them. That is why this event is truly unique,” said the man who was the first to sail solo non-stop round the world.

Forever young at 90
Considered by many to be Charles Nicholson’s masterpiece, Creole was the main attraction of the week. The Yacht Club de Monaco wanted to honour this three-mast schooner which is 90 this year. Escorted by Trinakria (50m) and the ketch Xarifa, both also launched in 1927, Creole (58.22m) made a majestic entrance into Port Hercule to a thunderous greeting of horns and cannon fire, trailing a string of Rivas, Chris Crafts and Hacker Crafts in her wake. “This entrance into the harbour with all the owners and their crew saluting Creole was a fantastic moment for us – thank you so much everyone,” said her owner Alegra Gucci, touched by the applause they received at the prize-giving.

A moving tribute
In April this year, the yachting world lost one of its most emblematic characters. Carlo Riva passed away at the age of 95 leaving behind him a fleet of motorboats that captivated the jet set in the 1950s and 60s. Brigitte Bardot, Sofia Loren, Elizabeth Taylor and Richard Burton were just some of the stars who owned one of these mahogany-hulled gems. As a tribute to his career, the whole Riva family came together on the water in the YCM Marina around a tarpaulin on which was written “Grazie Carlo”. Turquoise blue balloons, a colour forever associated with the famous brand and “made in Italy” design, were released, concluding the ceremony which Lia Riva, the engineer’s daughter, attended on the legendary Lipicar. “I was deeply touched by this homage to my father and thank all those who took part.” 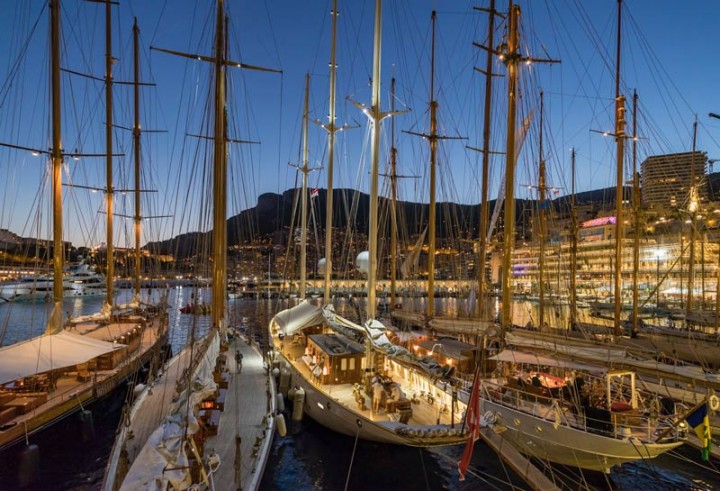 Competitive to the end
Out on the water, the 68 classic boats, four 15M IR yachts and some 20 of the 12’ Dinghy class lit up the bay with their races which could be seen from the shore all along the coast.

In the 15M IR class, Mariska helmed by Benjamin Redreau dominated the week, winning three of the six races. For her owner, Christian Niels, “Monaco Classic Week is one of the loveliest regattas in the world. We will keep coming back as long as the 15M IR yachts are still sailing.” The Lady Anne and Hispania completed the podium ahead of Tuiga helmed by Beppe Zaoli assisted by Olivier Campana.
Having already won in the Balearics, Mariska (1908) is well on course to taking the 2017 15M Class Association Annual Trophy, which ends with the third stage in Saint-Tropez.

The Vintage Gaff class groups the oldest boats, whose builders and current owners command enormous respect for the meticulous restorations they undertake to keep them sailing. Marc Audineau’s Olympian was 1st out of the 15 entrants, ahead of Bruno Troublé on Chips, who was sailing with John Marshall, a big name in the America’s Cup, with Philip Martinson’s Kelpie completing the podium.

It was a similar scenario in the Vintage Marconi category with victory going to Brendan McCarty on Rowdy, already leading the fleet on the first day and who dominated this 13th Monaco Classic Week. Billoch Martin on Cippino II and David Myatt on Erica completed the podium.

Regularity trial: Around 40 motorboats, including a dozen Rivas (MBS, Ariston, Super, Barilani, Super Florida, Junior) as well as Chris Crafts and Hacker Crafts took part in the regularity trial. This involves them having to estimate how long it will take them to get around a course at a pre-selected speed, taking account of the wind and sea conditions. It was won by Why Not, a 1967 Riva Junior, with Giolisan, a Riva Super, in 2nd and the Chris Craft Aristote, all the way from Saint Barthélémey, completing the podium.

REGULARITY TRIAL:
Winner: Why Not, a 1967 Riva Junior (Renaud Balay) 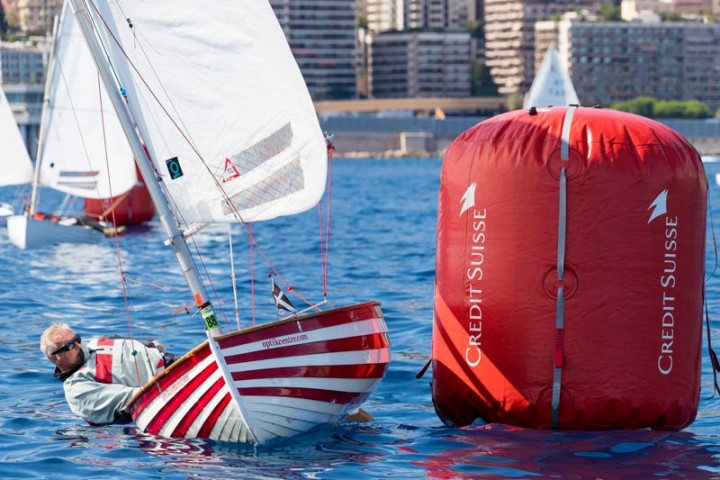 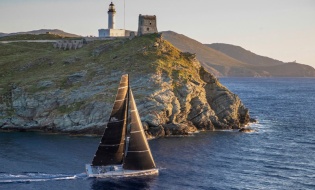