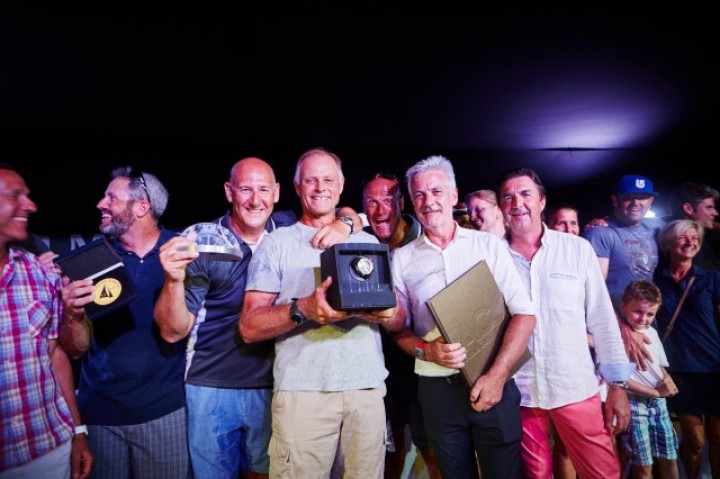 After three days of tight competition on the waters off the French West Indies island of St. Barth, many of the teams racing in Les Voiles de St. Barth headed into the final day today with the hopes of either dismounting class leaders or fending off competitors that were climbing up in the rankings.

However, due to lack of wind the Race Committee was forced to make the difficult decision to cancel the final day of racing. Nevertheless, the eighth edition of the regatta didn't dissapoint, with a week of fun and entertainment satisfying sailors both on and off the water. In the end, winners were crowned in all nine classes.
In Maxi 1, the competition was tight between the eight boats, but George Sakellaris' Proteus shined throughout the week, defending its 2016 class win and finishing off the regatta with a solid three-point lead over second-place finisher Prospector. Also, for overall best performance among all Maxis competing, Sakellaris took home the regatta's most coveted prize, the Richard Mille 60-01 Regatta Flyback Chronograph timepiece.

“We arrived here this week, knowing that it was going to be a super tough event like it always is here, with really high-caliber competition in the maxi fleet, and obviously we weren't disappointed,” said Proteus Tactician Stu Bannatyne. “ A few different boats, have strengths in different conditions and we had to work really hard to get the results we did.”

Maxi 2 Class Winner: Windfall
Ian Walker, Tactician
“It was great for us because last year we had damaged the rigging after having won one of the earlier races so there was a bit of unfinished business for Mike, the owner of the boat. He steered the majority of the races and we had pretty much the same team back from last year, so it was very satisfying to win.” 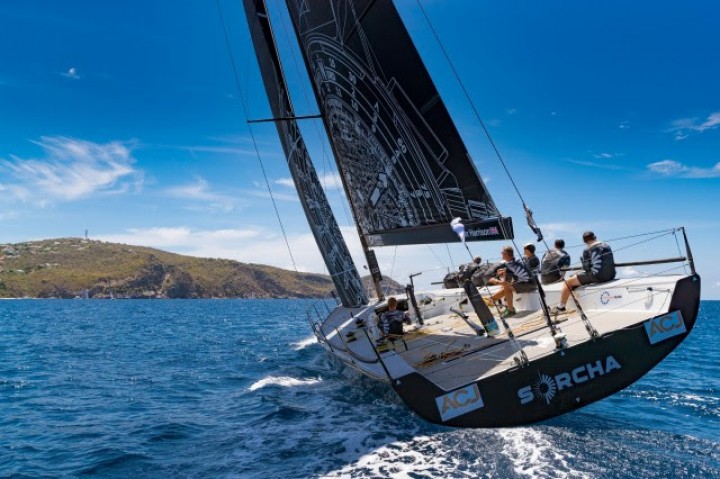 Phil Harmer, Backstay Trimmer
“Les Voiles de St. Barth this year has been a really cool regatta. We've had lighter wind than you normally get here but that suits the TP52 style of boat. It has been great to have the owner Peter Harrison* racing here for a few years and be representing the title sponsor and great for us to win for Richard Mille watches and for Peter who is always trying something new and always wanting to fit in more and more events. We love it here and hopefully we'll be back again next year.” *Harrison is CEO of Richard Mille for Europe, the Middle East and Africa

CSA 1 Winner: Fortunata
Kenneth Howery, Owner/Driver
"We're very excited to place like we did. This is my first time winning any type of regatta, and I credit it toward our amazing team and Tommaso Chieffi, our tactician who's sailed in the Olympics and the America's Cup. Overall it was a fantastic week, with great racing and lots of fun off the water."

CSA 2 Winner: Oystercatcher XXX1
Sir Richard Matthews, Owner
“This week, we had a good sail on the first day with breeze, but the truth is, our boat is quite slow in light air, and yesterday we were the slowest boat in our class for sure, but out of desperation, we tried something different and took a big chance on the last leg. It was better to be lucky than good on this occasion. Our tactician Saskia Clark, who has a gold medal in the Olympics and is the ISAF World Sailor of the Year, was very helpful in making the boat point in the right direction, and we're all very happy. It's our first time in St. Barth and we really enjoyed the courses and sailing around the island. It's a really great event, and I hope we have the opportunity to come back. We're going away with a lot of good feelings about St. Barth and about sailing here.” 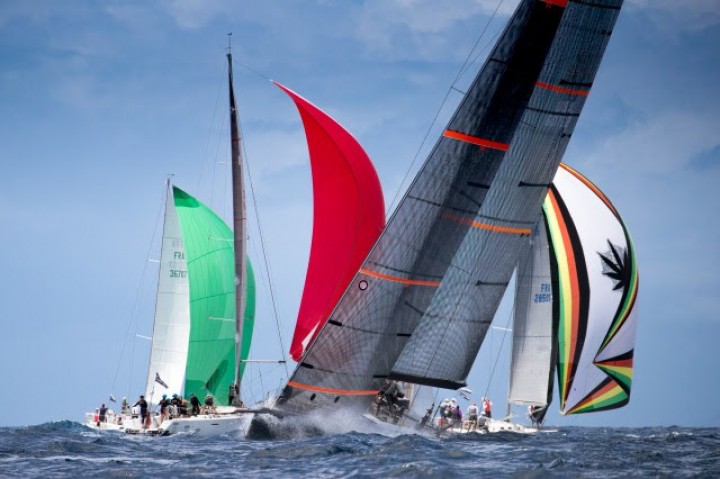 CSA 3 Winner: Blitz
Peter Corrs, Owner/Driver
“We got three bullets last year and another three this year at Les Voiles de St. Barth. Coming back here and doing this well is fantastic. I think our team sailed even better this year. Our team is so good, and I'm always excited to compete here. It's a great way to end our Caribbean season.”

CSA 4 Winner: Pasco's Jaguar
Chris de Glanville, Owner
“We got a third, a first and a second, so we managed to keep the consistency at the top. For us, the best day was Wednesday where there was good breeze and we had a fabulous race, and we raced the boat as well as we could have done. Basically we had a wonderful time; we really enjoyed it and would love to come back, and that's genuine. It has been a different experience for us because we tend to just sail windward-leeward races at home, but this was very different and quite challenging at times.”

Melges 24 Winner: Team Island Water World
Frits Bus, Owner/Driver
“I've been a Melges 24 sailor for 20 years. We've been coming here every year and have won a few times and have broke our mast twice when we were winning so we have a little bit of history here. This year it was nice to win again and there was very good competition from the other islands. We come here to win and to have a great time with friends and we did just that.” 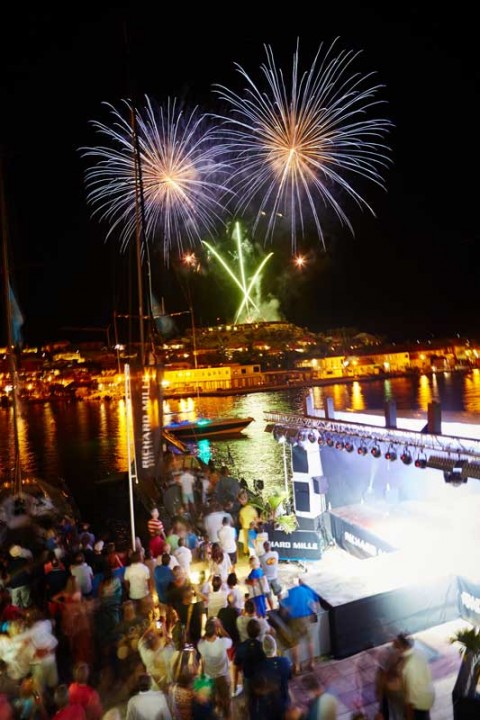 Multihull Winner: Fujin
Greg Slyngstad, Owner/Driver
“We love St. Barth so no matter what happens in the regatta we have a great time. Our boat does better when the wind blows. When the wind was blowing this week we were out in front. When it was less windy like yesterday it was difficult. It turned out great, we'll be back, we had a great time.” 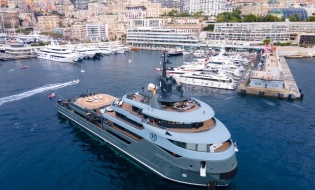 M/Y Ragnar made a grand entrance into Port Hercule and the YCM Marina.