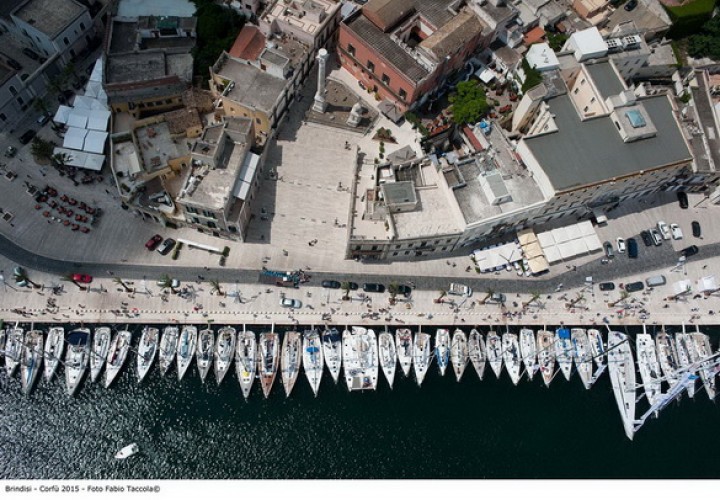 The 30th edition of the International Brindisi Corfu Regatta was concluded at the finish line in front of the small port of Kassiopi on the 11th of June. Thanks to a dual passion, for sailing and for the neighboring island of Corfu, a group of friends from Brindisi started this event in 1986.

At that time less than 10 boats participated while this 10th of June 2015 saw 112 crews , made up of Greek, British, Hungarian , Serb and Montenegro sailors.
For 30 years the Brindisi Corfu race has been a June sporting event that unites Italy and Greece and every edition has also been dedicated to a humanitarian cause.In 2015 there were also crews made up of sailors with physical handicaps and social disabilities, finding a chance in the sport of sailing to assert their rights. The friendship between the Brindisi Sailing club’s president Teo Titi and the honorary father of the regatta, Livio Georgevich, sailing clubs and the city of Corfu is long lasting and the common goal with the present partner, the Marina of Gouvia , host to the fleet after its arrival, is what has made theregattagrow in importance. 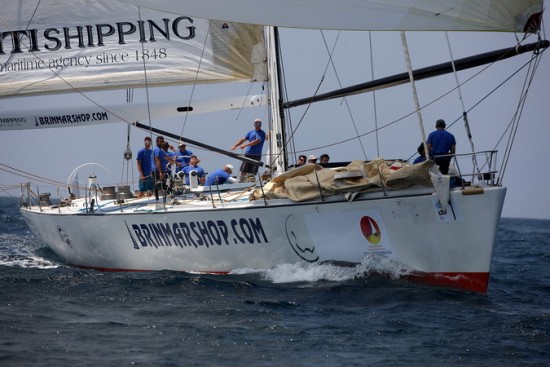 During the years, the technical level of the boats that participate in the regatta has grown and one of the future aims is that of having a Greek crew to compare to the numerous crews from Puglia, other Italian regions and other Adriatic nations. The role of the Greek media in this is important, they can help to make the regatta and its driving spirit known to ship-owners of the Ionian Islands, Epiro and other nearby regions thus helping itgrow in size. 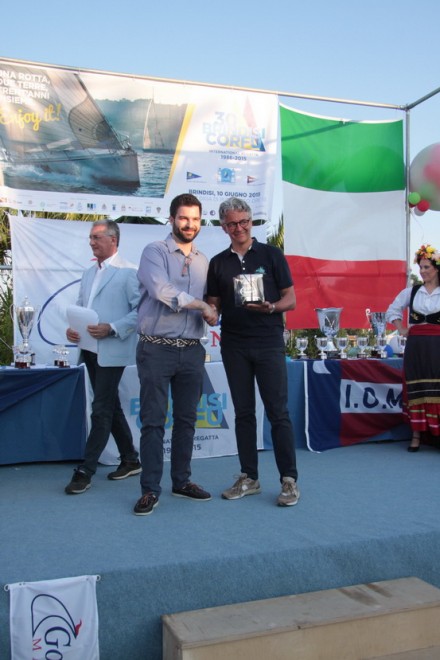 The International Brindisi-CorfuRegatta is one of the most important today because of the number of participants, it can claim important sponsors but more important is the growing esteem due to the fact that even cruise ships and maxi yachts and fast cruisers are allowed to take part. For all of this and for the shows and events in Brindisi and Corfu it has become a sailing celebration. The appointment for 2016 includes an invitation for all of the Greek crews that want to take part in this extraordinary event. 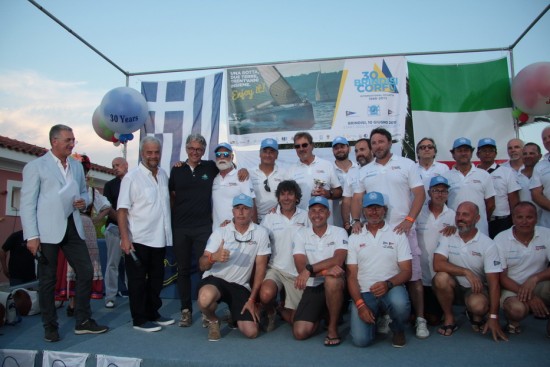 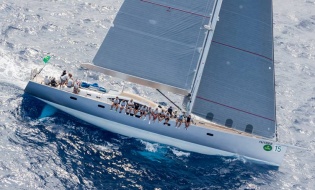 Germany’s Dieter Schön and the crew of Momo claimed the 2017 Rolex Maxi 72 World...