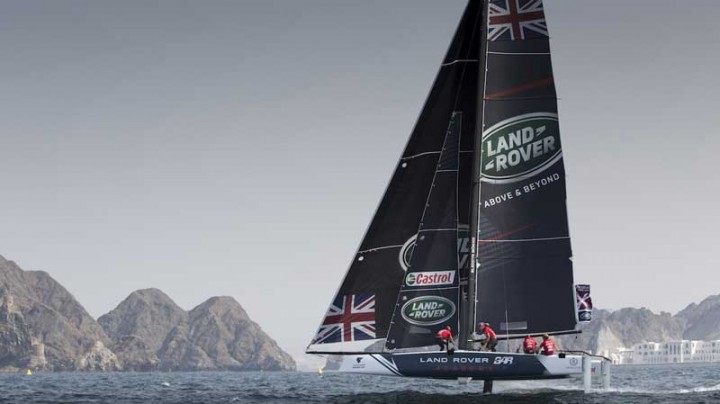 Land Rover BAR Academy becomes the final team to join the line-up for the 2017 Extreme Sailing Series™ season opener in Muscat, as it launches its second campaign in the world’s leading global Stadium Racing circuit.

The squad, which was formed in 2016 with ambitions to develop some of Britain’s top sailing talent, will also compete in the 2017 Red Bull Youth America’s Cup in Bermuda in June. Rob Andrews, the Sailing Team Manager, spoke about the unique attraction of the Extreme Sailing Series to Land Rover BAR Academy: “The fleet is so close and that allows us to see how our boat handling, tactics and starting are progressing, which is almost impossible to replicate in training,” he said.

At the end of Land Rover BAR Academy’s debut season in 2016, Scottish skipper Neil Hunter was promoted to the Land Rover BAR senior America’s Cup team. Taking his place as skipper this season is Rob Bunce, who hails from a short-handed offshore sailing background.

“It is a real honour to step up into the role of skipper for the first Extreme Sailing Series event of the year in Muscat, Oman,” said Bunce, who competed in the 2015 Solitaire du Figaro.

“As a team, we were really happy with how we ended the 2016 season in Sydney. Our goals and targets were achieved and we really started to gel as a squad and prove to the other teams that we are tough competition. 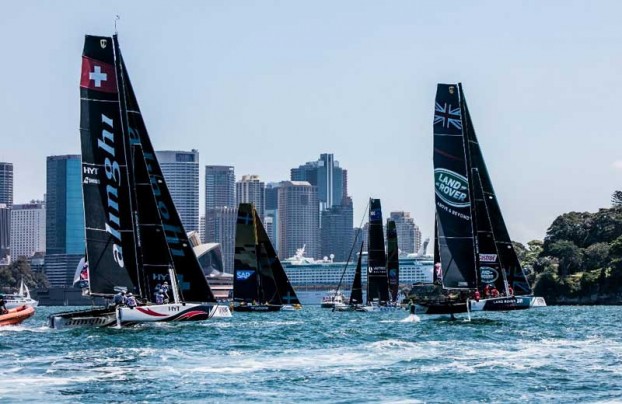 “I have big shoes to fill taking over from Neil, but I hope to lead the Land Rover BAR Academy team into the season and look to continue developing and staying amongst the front of the fleet. We have worked hard over the winter both on and off the water in the gym, so we all feel very prepared going into the season,” added Bunce, who competed last season for the team as a floater.

The rest of the crew, all of whom competed on board Land Rover BAR Academy last season, will be rotating their roles throughout the Act; Oli Greber, Adam Kay and Sam Batten rotating as trimmers and floaters; Chris Taylor and Owen Bowerman rotating on the helm, and Elliot Hanson and Will Alloway rotating on mainsail trim.

Act 1 of the Extreme Sailing Series will run from 8-11 March in Muscat, Oman, with live streaming of the racing on the official Facebook and YouTube channel on race days three and four and a live TV broadcast for the final 90 minutes of racing on day four.