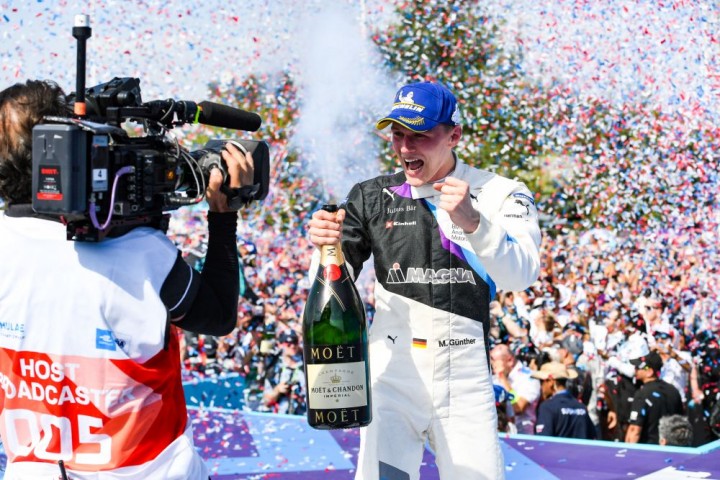 BMW i Andretti Motorsport's Max Guenther clinched a hard-earned victory in the scorching heat of Santiago after a fierce battle with DS Techeetah's Antonio Felix da Costa. Coming in third was Poleman and Panasonic Jaguar Racing driver Mitch Evans. Here's how it all unfolded. 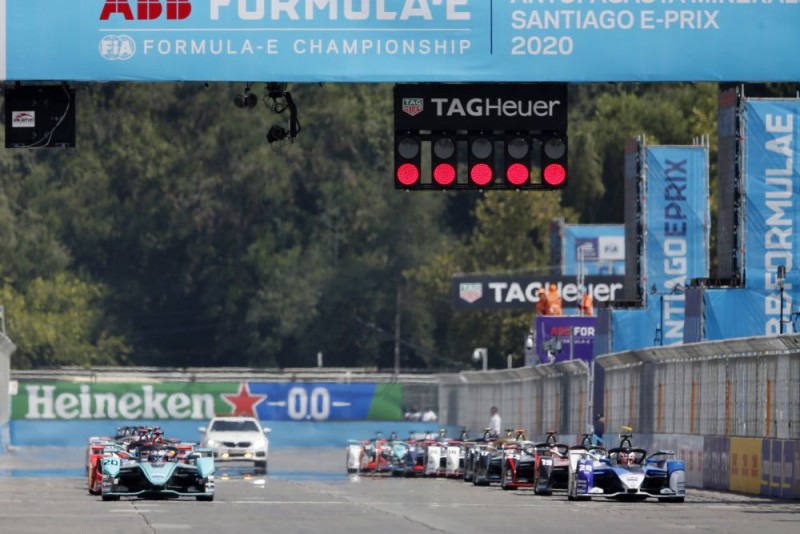 Running clean for the opening laps, championship leader Sims came to a halt on track with a full-course yellow being called. After his car was retrieved, racing restarted with 37 minutes left on the clock.

Heading through Turn 10 and 11, Nissan e.dams' Oliver Rowland made contact Envision Virgin Racing's Sam Bird, damaging his front wing which broke away from the car. At the same time, Bird spun, loosing precious places and dropping to 19th.

Picking up ATTACK MODE, Max Guenther advanced on Rokit Venturi Racing's Edoardo Mortara, using the extra power to blast past the Venturi driver and move into third. With Mortara in fourth and his teammate Felipe Massa in fifth, the two Venturi cars trailed the podium sitters, biding their time. 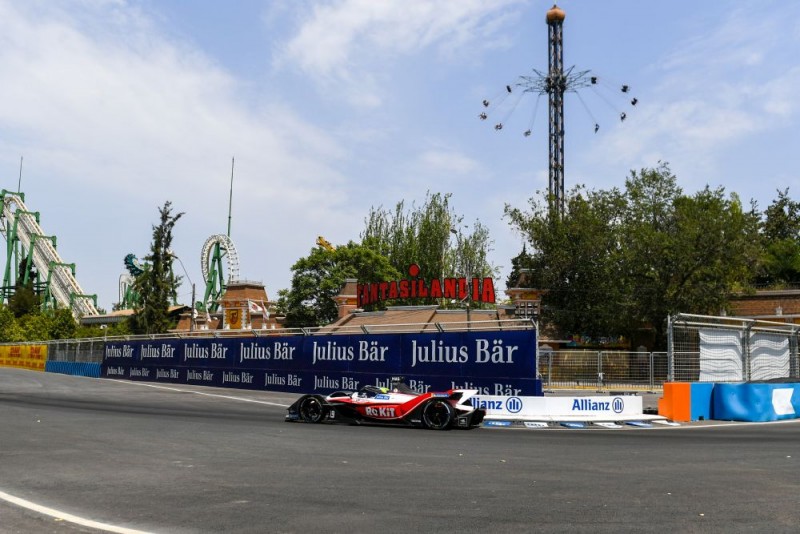 Heading into Turn 10 together, Massa was forced wide by his teammate, hitting the wall and dropping to seventh. Taking advantage of the situation, reigning champion and DS Techeetah driver Jean-Eric Vergne slipped past into fifth.

With 25 minutes left on the clock, Evans maintained the lead with Guenther now in second, Wehrlein in third. Still in ATTACK MODE, Guenther went for the lead slipping past Evans on the approach to Turn 9.

Despite starting from the back of the grid, Audi Sport Abt Schaeffler's Lucas di Grassi moved up into 12th, two places off his teammate Daniel Abt. 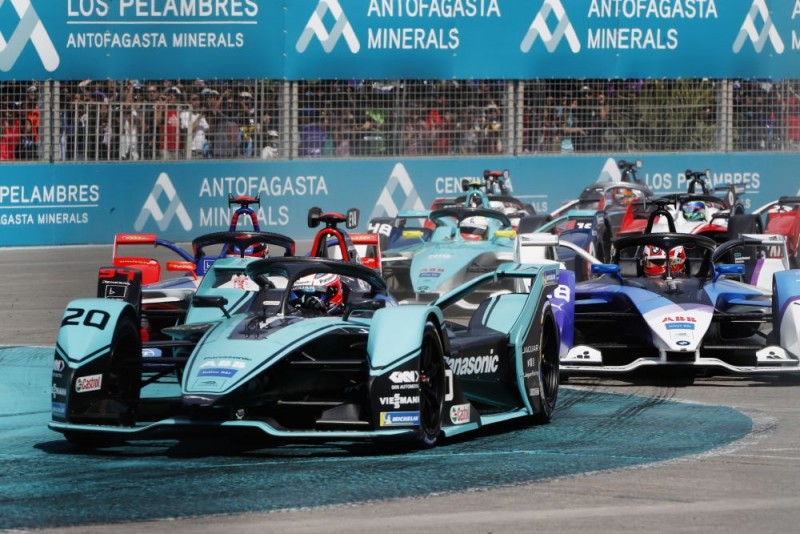 With 14 minutes of the race left, Wehrlein slowed allowing Vergne to pass into third as well as his teammate Antonio Felix da Costa who now sat behind him in fourth.

With the two DS Techeetah drivers in third and fourth, reigning champion Vergne's front left tyre started rubbing on the wing, leaving a trail of smoke behind him. Regardless, Vergne continued - now in sixth - before the wing broke off. With just seven minutes to go, Vergne pulled into the pits with his damaged car leaving his teammate battling on track for the top step of the podium.

Making a break for second, Da Costa passed Poleman Evans on the long Turn 8, now hunting Guenther for the win. 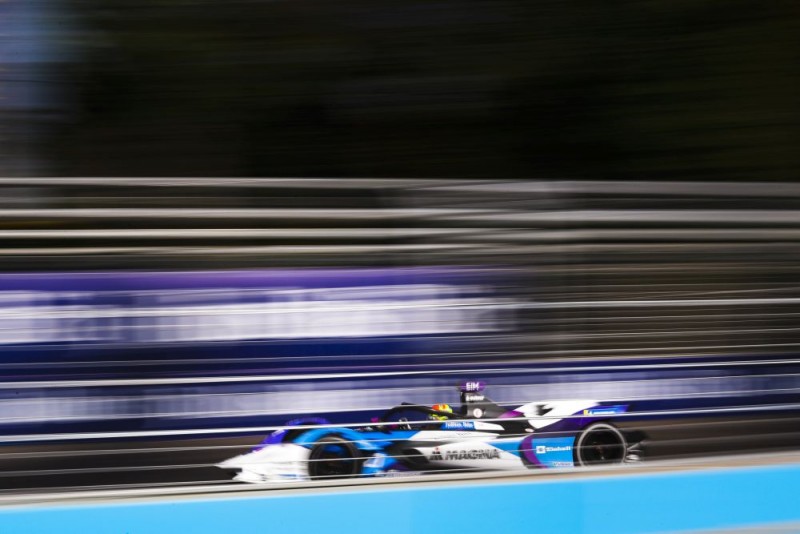 Holding out, Guenther maintained the lead with less than three minutes left on the clock. With both cars coming into Turn 10 together, Da Costa forced the BMW driver wide, passing on the inside and into first.

With less than a minute left, Guenther was back on the attack as Da Costa led the way. Both with the same level of energy, Guenther stormed past Da Costa going into Turn 9, regaining his hard-earned lead. Once around 10 and 11, the BMW driver clinched the win with Da Costa in second and Evans in third. 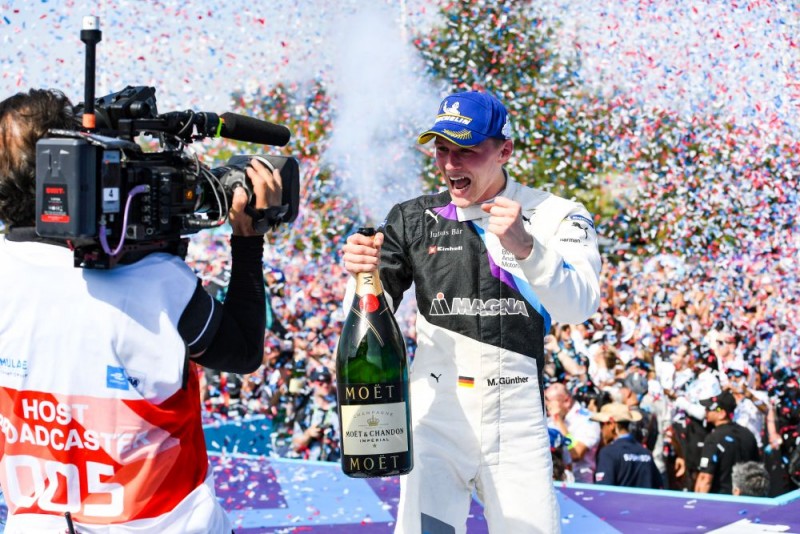