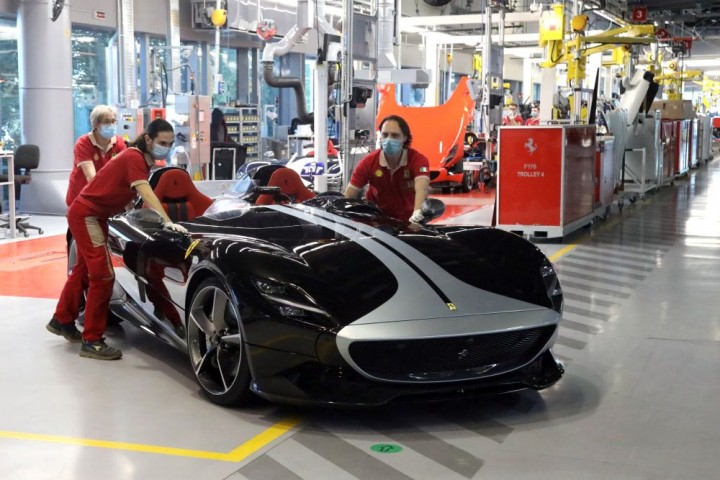 After the longest closing in its history due to the Covid-19 pandemic, production at the Ferrari factories resumed, in alignment with Government regulations.

The Italian Company has spared no effort to prepare for this moment by setting up “Back on Track” programme, which reflects the deep commitment to its people first and foremost. It includes the introduction of several new practices which are aimed at safeguarding the health and wellbeing of all of the employees such as new rules for sharing common areas and reorganizing its areas, as well as voluntary serological tests which have already started happening in the last few weeks.

Before starting production, Ferrari has also decided to carry out training sessions for workers to explain the new precautionary and safety measures put in place. The training sessions were organized last week.

During the past few days, the Ferrari factories in Maranello and Modena gradually returned to full production. The first car to come off the Special Series lines, after seven weeks in which the processing was suspended just a few hours before its completion, was a Ferrari Monza SP2 with a black and gray livery. Then, a 812 GTS spider in Grigio GTS and a F8 Tributo in Rosso Corsa were among the first cars completed in the 12 and 8 cylinder lines.

The new Ferraris are ready to be delivered to their owners – in USA, Australia and Germany respectively – and to finally hit the road.