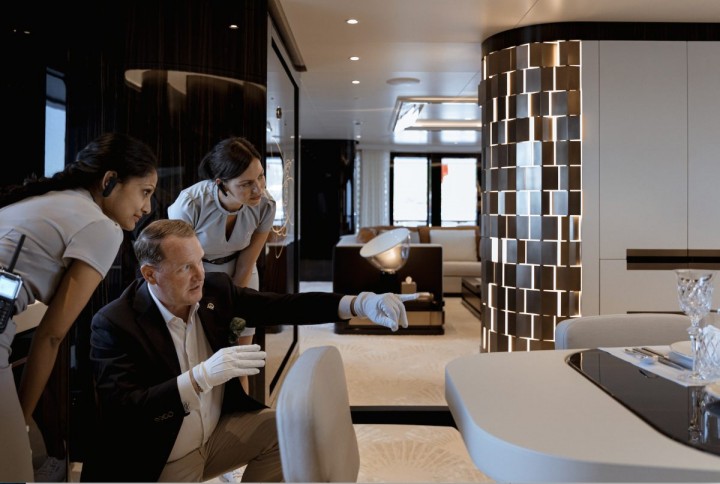 Hanspeter Vochezer is the most renowned business etiquette coach and the best known butler in Switzerland.

He passes on his knowledge to crews of Ocean Independence yachts. The short pause Hanspeter Vochezer takes at the other end of the telephone line before answering the question he has just been asked gives an idea of how absurd it is for him. "No, I don't wear a jogging suit at home," says the always correctly dressed founder of Swiss Butlers and Knigge Coaching. He prefers to follow Karl Lagerfeld, who in a talk show in 2012 pointed out that someone who is wearing sweatpants has lost control of his life. However, Vochezer is far too polite compared to the fashion tsar who died at the beginning of the year to formulate this in a similarly direct way.

He elegantly steers the conversation in a different direction by telling which clothes he prefers: "At the moment I like to wear my red trousers, a chic blue shirt with them, my navy blue blazer with pocket handkerchief and beautiful leather shoes. And no matter where I go, everyone says: 'This is a cool outfit and looks great on you'. At the same time, it's so comfortable." Hanspeter Vochezer - dark blond, accurately parted short hairstyle and alert blue eyes behind narrow horn frame - knows about the meaning of the first impression. The native Küsnachter from the beautiful lake of Zurich has been conveying the importance of the first impression in many training courses during the past eight years.

He focuses on different target groups. In countless seminars since 2011, the "etiquette coach"has been sensitizing employees of Swiss banks and German automotive companies, as well as medium-sized companies, to the rules of conduct to be observed in business life. In addition to general topics such as successful small talk, he also informs course participants about the particularities of dealing with business partners from foreign cultures in times of globalisation. 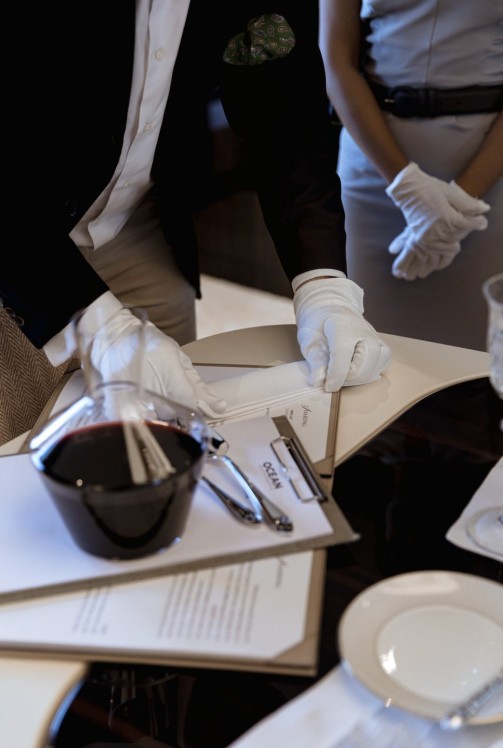 In addition to the soft skills mentioned, he also imparts a wide range of other skills to other target groups. Hanspeter, who calls himself "HP" in English, also offers butler coachings - his very own terrain. "I love this job," says the Swiss. If he talks about the manifold activities of a butler, it doesn't sound like a job to him, but a vocation. Important prerequisites and characteristics are a top education in the field of service, ideally in the luxury hotel business. "Butlers need to know how to set the table, serve it, have wine knowledge, know the service procedures," he says. Some butlers also prepare meals. In addition to a great organizational and time management talent, the job profile included resilience, flexibility and multilingualism. In addition, it takes many years of experience before a butler can move to a top household. At the latest, absolute discretion is required there.

"The butler acts like a private hotelier," says Vochezer, who even today still takes on a few butler mandates per year for regular customers. Among other things, in order to keep up with the times, for example with regard to the constantly advancing building technology. But his main motivation is a different one: "I have a great urge to spoil other people, to create beautiful moments for them.
Although the 42-year-old's passion for the demanding hotel business was not predetermined by his family, he already knew as a boy that he wanted to follow this path. Perhaps his Swiss ancestry already influenced him. The Swiss rightly see themselves as the motherland of the exquisite hotel business, and little Hanspeter grew up just a few kilometres away from Zurich's grand hotels such as Dolder and Baur au Lac, which were already fascinating to him at the time.

During his management studies at the hotel management school in Lucerne, he spent a practical training period with the latter - after he had already completed his training as a Swiss merchant and had improved his English skills in Cambridge. After graduating, he completed further training as an officer on what was then the largest cruise ship, the GTS Constellation. In the following years he was part of the team responsible for the pre-opening and opening of the Park Hyatt in Zurich. Five days after the devastating tsunami in Southeast Asia, he took over The Paradise Koh Yao Resort in Thailand and rebuilt it for two years. After the subsequent stop as an apprentice trainer at the Marriott in Zurich, Hanspeter Vochezer decided to leave the hotel business. For four years he worked as event and PR manager at the Balik Salmon Smokery in Toggenburg, a subsidiary of Caviar House&Prunier in Geneva. He was then ready for self-employment and trained as an image consultant for business etiquette. At the same time, he founded his second company, Swiss Butlers, a recruitment agency for high-calibre domestic staff. With a focus on Switzerland and neighboring countries, but also worldwide if required, Vochezer works together with a Küsnacht assistant to find butlers, housekeepers, chauffeurs, cleaning specialists and cooks. In addition, he trains hotel staff in butler trainings, as well as employees in upscale private households.

Three years ago, this occupation led the service specialist to the idea of expanding his field of activity. With Ocean Independence, also based in Küsnacht, which is active in yacht sales, yacht charter and yacht management, he entered into a cooperation and since then has been offering butler training courses specially geared to the needs of yacht crews. The two to three-day coaching sessions are just as much about personal appearance - here, too, the first impression the crew leaves on their guests logically counts - as about correct service techniques for tablecloths, serving, flower arrangements or also for imparting knowledge, for example about wines. The yacht business has grown so rapidly in recent years that not every ship can be equipped with fully trained specialists. This is why Vochezer's commitment is particularly in demand here. It turned out to be very useful for him to carry out the training on the yacht in order to rehearse procedures in the real environment, preferably at the beginning of a charter season. It is important to him not to act as an instructor, but to bring his concern to the crew with humour.

Daniel Küpfer, Managing Director of Yacht Management at Ocean Independence, has experienced that he has succeeded in doing so. "The crews are very impressed with Hanspeter's professional and, at the same time, devoted manner. He is a master at creating an atmosphere in which people feel comfortable, even if he shows them where they can still improve," says Küpfer. He also appreciates the cooperation with the well-known butler, as it is unique in the yacht industry. "Ocean Independence attaches great importance to the satisfaction of all its customers. We share this claim with Hanspeter Vochezer. That is why his competence and know-how ensure the service quality of our crews".

The highly praised man, who has also been President of the Swiss Butler Association since 2016, knows that the butler job brings strenuous moments as well as beautiful ones. "A 15-hour day is not uncommon," reports Vochezer, six days a week. He himself experiences weeks in which he spends 100 hours on duty. In order to manage this workload, he allows himself plenty of time out in the summer and over Christmas ("The clients are then out of town anyway"), eats a healthy diet and goes for a jogregularly. And that in a pair of sweatpants and a plain t-shirt. 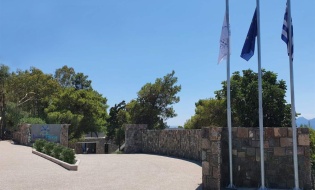 LaLiBay Resort &Spa The Greek ‘philoxenia’ at its finest…

A brand new entry in the island of Aegina is ready to open its doors...