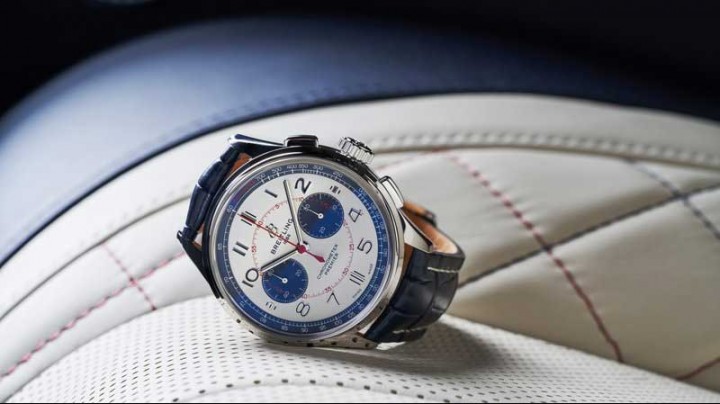 Breitling launches a special watch in celebration of its partnership with Bentley Motors.

The Breitling Premier Bentley Mulliner Limited Edition shares part of its design inspiration with Bentley’s Continental GT Mulliner Convertible, which was also launched today. The new Breitling timepiece commemorates 17 years of collaboration – the longest-ever partnership between a watch brand and an automobile manufacturer – and focuses on the Bentley Mulliner workshop, which since 1959 has crafted the leading luxury carmaker’s most unique tailor-made models.

Breitling’s partnership with Bentley Motors can be traced back to 2002, when the iconic automobile brand was designing its legendary Continental GT. Bentley commissioned Breitling to create an onboard clock that would reflect the unparalleled luxury, peerless quality, and extraordinary performance of the new grand tourer, which made its debut in 2003. The values that have always defined the partnership between the two world-leading brands are once more on display with the Premier Bentley Mulliner Limited Edition. As its name suggests, the new Breitling watch has close links to Bentley’s Continental GT MullinerConvertible. 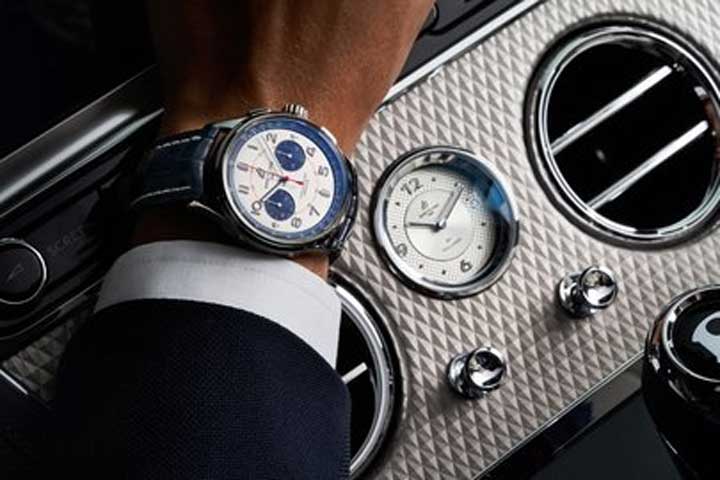 Georges Kern, Breitling’s CEO, says that the new chrono­graph underscores one of his brand’s most important partnerships: “The Premier Bentley Centenary Limited Edition that we launched a year ago was warmly received both by Bentley and Breitling fans. The Premier Bentley Mulliner Limited Edition, with its clear links between Bentley’s and our DNA, is a logical next step in our shared story. It is also a testimony to Bentley Mulliner, whose name is synonymous with heritage, craftsmanship, and outstanding performance.”

Adrian Hallmark, Bentley Chairman and CEO, commented: “The long-standing relationship between Bentley and Breitling is a reflection of the values we both share and our dedication to world-leading performance, luxury, innovation, and refinement. The links between the new Premier Bentley Mulliner Limited Edition watch and Bentley’s Continental GT Mulliner Convertible are evident in the exquisite engraving detail of the watch and the design features that reference the Breitling clock on the GT’s dashboard – a perfect display of Mulliner craftsmanship.”

Bentley’s Mulliner workshop is an extension of Mulliner, a family company that can be traced back to carriers and saddlers in 1559, just one year after Elizabeth I came to the throne. However, real prominence came to the family in 1760, when Francis Mulliner was commissioned to build and maintain carriages for the Royal Mail. In 1870, Francis’s son, Robert Bouverie Mulliner, started his own coachbuilding company called Mulliner London Limited – sharing his father’s restless pursuit of perfection. For nearly 150 years, Mulliner has been renowned for its bespoke handcrafted coaches, created to the highest standards to meet the exacting requirements of its customers. Mulliner first began coachbuilding for Bentley in 1923, before entering into a partnership with the automotive brand in 1959, and for more than sixty years the workshop has given life to Bentley’s creativity and to its customers’ dreams. Each Bentley Mulliner model is a product created with an exquisite level of detail. 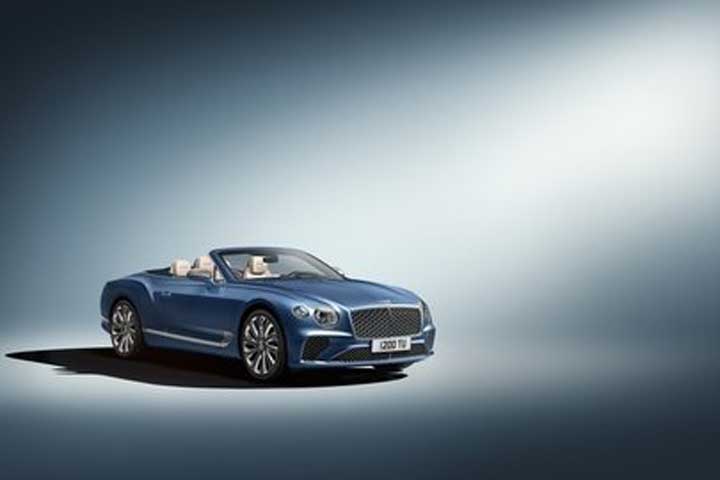 A Breitling watch worthy of the Bentley and Mulliner names has to be a very special product indeed. The new chronograph has some close links to the interior of the Bentley Continental GT Mulliner Convertible, the most luxurious GT ever designed, and particularly to the Breitling clock in the luxury automobile’s dashboard.

The Premier Bentley Mulliner Limited Edition is limited to 1000 pieces. It features a 42-millimeter stainless steel case presented on a blue alligator leather strap, echoing the Imperial Blue leather interior of the car. Its elegant silver dial recalls the Bentley Continental GT Mulliner Convertible’s dashboard clock. The watch features blue subdials – a 30-minute counter at 3 o’clock and a small-second subdial at 9 o’clock – an indication revealing the presence of the Breitling Manufacture Caliber 01, with an impressive power reserve of approximately 70 hours. The dial features a white tachymeter scale on a blue inner bezel around the dial, with a red tachymeter inscription.

The links between the watch and the clock are further strengthened by their complementary sets of Arabic numerals: the dashboard clock features the numerals at 12, 3, 6, and 9, while the watch has them at 1, 2, 4, 5, 7, 8, 10, and 11. Sharing these numerals across the two pieces is a nod to the design DNA they share. The red second hand and centered 60-minute scale mirror the red stitching found throughout the interior cabin of the Bentley Continental GT Mulliner Convertible.

On the left side of the case is a plate with an engraved “Bentley” inscription, whose design is based on the engine spin dashboard found in historic Bentleys. Around the watch’s transparent sapphire caseback is an inscription that reads “MULLINER EDITION – BREITLING – ONE OF 1000”. The Breitling Premier Bentley Mulliner Limited Edition is a COSC-certified chronometer. 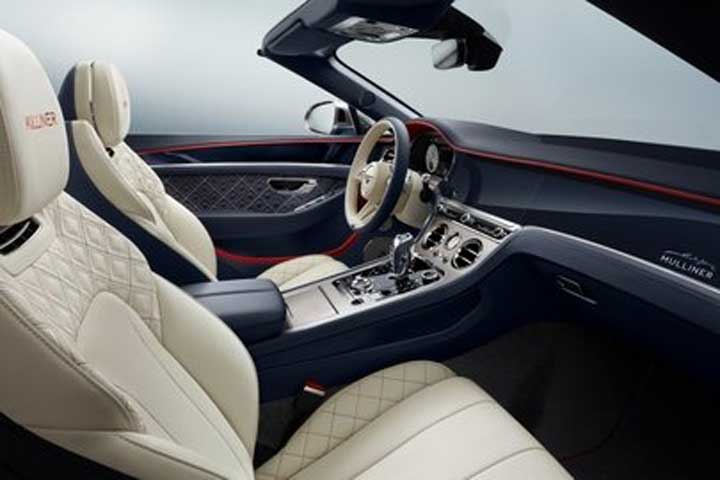 Representing the pinnacle of luxury grand touring, the Continental GT Mulliner Convertible builds on the success of two other Bentley First Editions from the centenary year: the GT Number 9 and the GT Convertible Number 1 limited editions. A perfect display of Mulliner craftsmanship, the Mulliner Convertible is the only Continental GT to have a Breitling-edition clock in the car. Its silver face mirrors that of the Premier Bentley Mulliner Limited Edition watch. Blue, red, and white accents highlight the importance of British design.

While Breitling’s partnership with Bentley Motors can be traced back to 2002, there are historic links between the companies that go back even further. Willy Breitling, the visionary watchmaker and grandson of founder Léon Breitling, was a committed Bentley owner who, from the late 1940s, was a familiar sight on Swiss roads behind the wheel of one of his beloved Bentleys. Willy, a man with flawless design instincts and stylish personal flair, could not have imagined driving another automobile.

While Bentley is known for its luxurious road cars, the brand also has an impressive history on the track. Between 1924 and 1930, the famous Bentley Boys won the 24 Hours of Le Mans race five times. That success, however, did not simply remain a part of the brand’s past. In 2003, Bentley returned to Le Mans, taking the first two places. At that edition of the world’s most famous endurance race, Breitling was Team Bentley’s proud main sponsor and created a limited-edition chronograph, the Bentley Le Mans, to celebrate the feat. 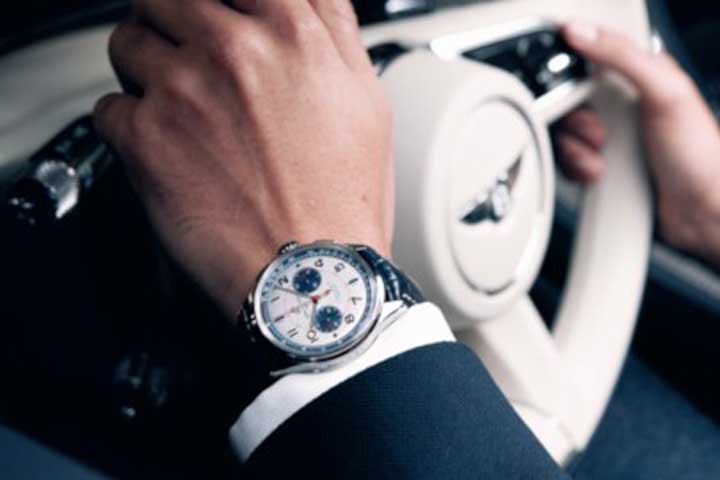 The Breitling Premier: For Men and Women of Style, Purpose, and Action

The original Breitling Premier watches made powerful fashion statements and provided the perfect accompaniment to the remarkable changes taking place all over the world during the 1940s. The new Premiers extend that legacy, reflecting Breitling’s heritage and the historic design of the watches, but they also demonstrate an urban flair and a passion for excellence. They express a proud history, yet will never go out of style. Their elegance, performance, and quality are everything one would expect from Breitling, which, now more than ever, is an authentic brand for individuals of style, purpose, and action.

The Breitling Premier watches inspired by the partnership with Bentley hold a privileged place in the collection. No luxury car brand in the world better reflects the essence of the Premier family, with its elegance and flair, its performance, and its timeless design. 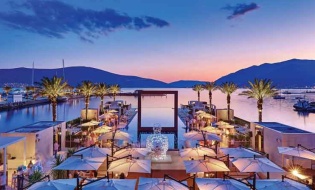