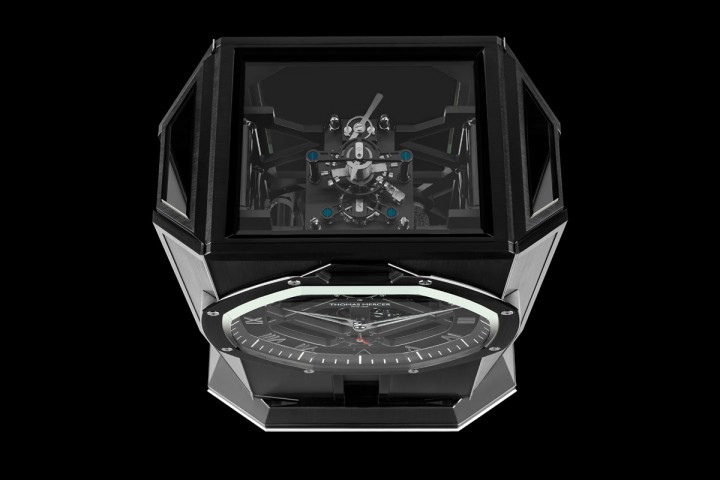 On the occasion of Baselworld 2016, Thomas Mercer further expands its range of precision chronometers by moving away from the ocean to bring its signature values of accuracy and aesthetics into home interiors.

Celebrating British skills in the fields of furniture design and clock making, this table-top counterpart of the sea-going Legacy Black is an utterly modern timepiece. With an Octagon theme, Brittanica Black features the number 8 on the case, bezel and base, and its geometric design is underpinned and completed by sharp angles and straight lines.

Matt black, with straight grained surfaces made of stainless steel and enhanced with diamond-like carbon (DLC) deposition, this chronometer stands 330mm tall to proudly reveal its intricate, highly accurate mechanism through a set of all-round-view extra-white crystals. The fully skeletonised dial adds further distinction to this sophisticated timepiece, bestowing on it a ruggedly modern look. 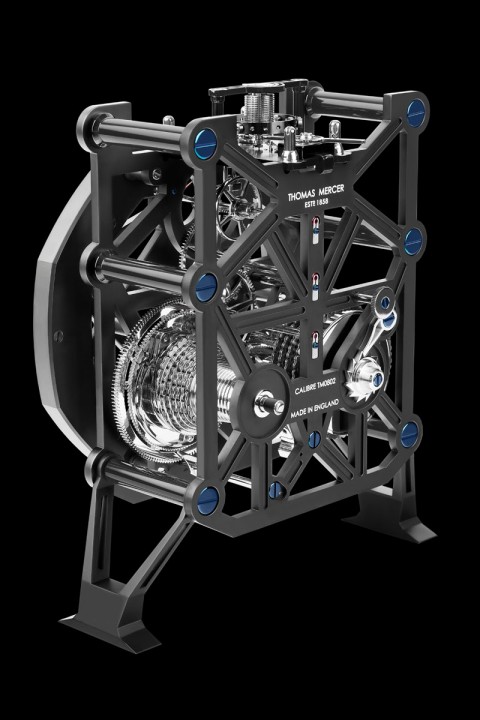 Thomas Mercer Calibre TM 0802
The Brittanica Black is endowed with the eight-day power reserve calibre TM0802. This mechanism features a fusee-and-chain transmission system that performs in a way similar to a gearbox, constantly shifting gears to provide a consistent level of torque and stabilising the movement’s frequency. True to the legacy of both British marine chronometers and Thomas Mercer, it is fitted with a spring detent escapement - also known as “chronometer escapement”, now one of the rarest features in clockmaking. Ticking at a rate of 14,400 vibrations per hour, it works  in close conjunction with a balance wheel of ovalising type coupled with an equally rare cylindrical hairspring. All of these parts are located above the dial and visible through a set of extra-white crystals.

The movement is equipped with a doubly useful start/stop system. On the one hand, it launches the spring detent which – unlike the majority of escapements – needs an initial jumpstart. On the other, it blocks the balance wheel when setting the time, thus bringing it to a halt. It is then easier to set the time according to a master timepiece or official local time. When the hands are synchronised, the escapement can be restarted, letting the balance wheel resume its oscillation. 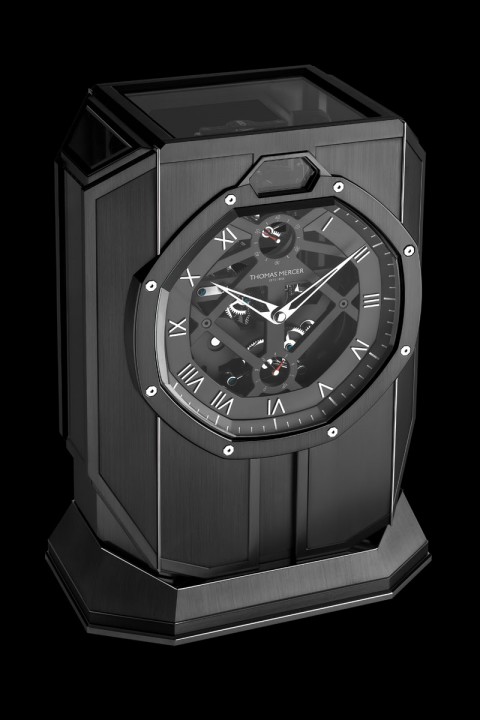 Alessandro Quintavalle, Thomas Mercer’s CEO: “The Brittanica Black is a truly cutting-edge timepiece that continues Thomas Mercer’s journey in the 21st century. Its sleek and modern aesthetics usher in the brand’s heritage of innovation, expertise and craftsmanship in a new dawn of excellence.”

The Brittanica Black will be officially launched at Baselworld 2016, March 16-24th, and showcased at Thomas Mercer’s stand, Palace 1D. 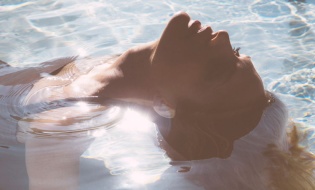 The Spa at the Four Seasons Astir Palace Hotel…