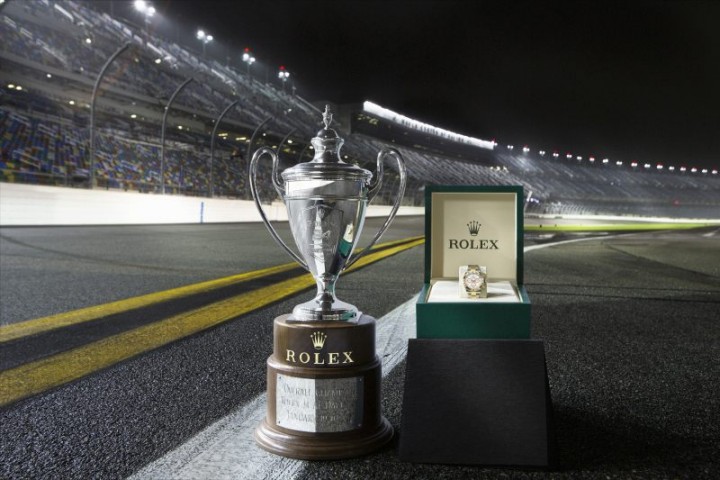 Demonstrating determination and resilience around the clock in unseasonably cold conditions for Florida, the #60 Meyer Shank Racing Acura team were today crowned champions of the 60th anniversary Rolex 24 At DAYTONA.

Rolex has been associated with this legendary 24-hour race for over half a century and this year marked 30 years as Title Sponsor, supporting this exacting test of skill, perseverance and endurance for competitors and their machines.

The 61-car field – the largest since 2014 – crossed the green flag on Saturday at 13:40 (local time) to start the challenge. It was an enthralling opening few hours, with the low temperatures producing high-risk, high-reward conditions for the drivers across the five categories. At the front, the Cadillacs had the better pace early on but as night fell the Acuras came back stronger. As the Rolex clock passed the 12-hour mark, all seven of the Daytona Prototype international (DPi) entrants had led parts of the race and were on the lead lap, however, as sun rose the gruelling and demanding nature of the race took its toll on a number of DPi cars. In the closing hours, two full course cautions brought the four teams still in contention for the overall win, to within seconds of each other, setting up an intense sprint to the finish. Ultimately, the #60 Meyer Shank Racing with Curb-Agajanian Acura ARX-05 held on to take the chequered flag after a momentous 761 laps. 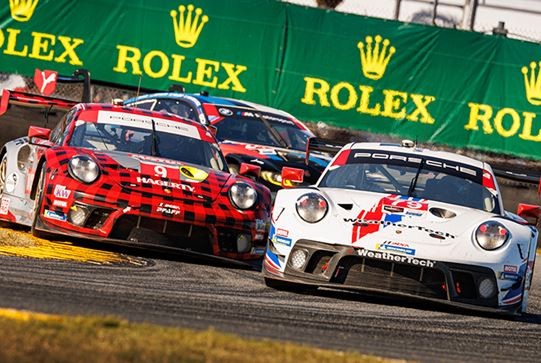 Oliver Jarvis, Tom Blomqvist, Helio Castroneves and Simon Pagenaud shared driving responsibilities for the winning car, showcasing man and machine in perfect harmony, while testing the boundaries of human endeavour and engineering expertise. Having won the Rolex 24 At DAYTONA for a second consecutive year, Helio Castroneves says: “It’s all about belief. We all believed that we could do it and we knew the hard work [involved]. However, when we accomplish something as we did today, it’s priceless. You push as hard as you can to win that Rolex.” In line with the enduring tradition of the race, the winning drivers were presented with a specially engraved Oyster Perpetual Cosmograph Daytona in recognition of the achievement, dedication and excellence required to take victory.

North America’s premier sports car race saw wheel-to-wheel action across all five categories, with the #81 DragonSpeed USA ORECA 07-Gibson gaining honours in Le Mans Prototype 2 (LMP2), having taken the lead with just 11 minutes remaining, while the #74 Riley Motorsports Ligier JS P320 crossed the chequered flag first in Le Mans Prototype 3 (LMP3). Porsche took victories in both GT Daytona (GTD) classes. As expected it was a gripping and attritional GTD PRO competition with drama until the final lap, as the #9 Pfaff Motorsports Porsche 911 GT3R beat its sister car to the line, while the #16 Wright Motorsports Porsche 911 GT3R took the win in GTD. 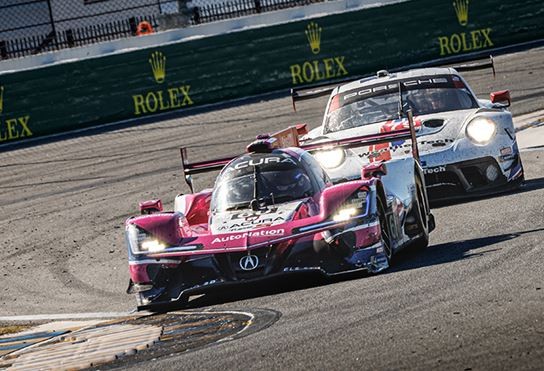 In celebration of the six decades of competition at Daytona International Speedway®, the race honoured former drivers and owners – Mario Andretti, Scott Pruett, Bobby Rahal, Hurley Haywood, Jack Roush and Wayne Taylor – who together took on the coveted role of Grand Marshal. Reflecting on the ongoing legacy of this race, joint record-breaking and five-time overall winner of the Rolex 24 At DAYTONA, Scott Pruett says: “When you look at the people, manufacturers and brands involved in Daytona, there’s no better place to go racing. I love the sunsets and the dawns, the changing conditions, and without a doubt when you get to Victory Lane first, it’s an incredible feeling. All the drivers across the generations come to the speedway for a chance to wear the coveted Rolex Daytona on their wrist, there is nothing as special. The Rolex 24’s unique history dates back 60 years – and it has been amazing to celebrate that milestone this weekend – the competition has evolved a lot over the decades, and it has a very exciting future.”

Though the curtain has fallen on this year’s Rolex 24 At DAYTONA, motor sport never stops, and attention now focuses on the IMSA WeatherTech SportsCar Championship, the start of the 2022 FIA World Endurance Championship and the 90th edition of the 24 Hours of Le Mans this summer. Next year, the automotive world is set to return to Daytona for the start of a new era, with the return of the legendary Grand Touring Prototype (GTP) name and the introduction of the Le Mans Daytona h (LMDh) cars. Rolex supports the evolution of motor sport through each generation as it continues to push the boundaries of performance and to redefine and improve technology.

Rolex’s close ties with motor sport date back to Sir Malcolm Campbell’s World Land Speed Record successes in the 1930s, when he became the first driver to break  the 300 mph barrier (483 km/h) at the wheel of his car, Bluebird. Since then, Rolex’s presence in motor racing has grown steadily, its support extending to revered endur- ance events such as the Rolex 24 At DAYTONA, the 24 Hours of Le Mans and the FIA World Endurance Championship. In 2013, Rolex became associated with Formula 1®, the pinnacle of motor sport, having supported Rolex Testimonee Sir Jackie Stewart since 1968. The three-time FIA Formula 1® Drivers’ World Champion has been joined by fellow high achievers from the world of motor sport: Tom Kristensen, the record nine-time 24 Hours of Le Mans winner, and Mark Webber, the multiple Formula 1® race winner and 2015 FIA World Endurance Champion. The brand also has a global appreciation for classic automotive events steeped in elegance, beauty and tradi- tion, including the Pebble Beach Concours d’Elegance®, The Quail, A Motorsports Gathering, the Rolex Monterey Motorsports Reunion and the Goodwood Revival. 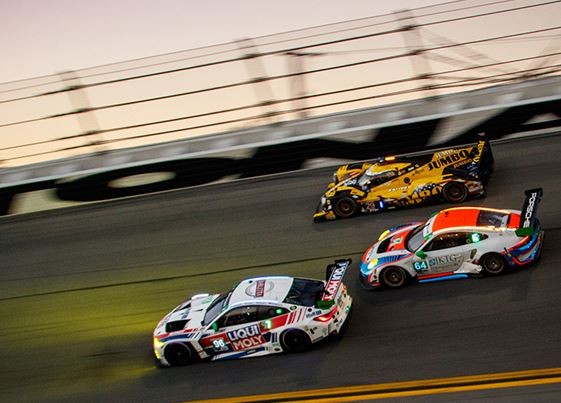 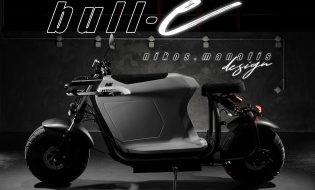 Bull-e is a limited production urban electric scooter. Based on an existing rolling chassis, from...